After the CSD in Berlin, I did not want to go home directly – because I was really hungry and eat something urgently needed. Super, I live in Orange Street in Kreuzberg, where there is a restaurant next to the other is, interspersed with a few cocktail bars and some shops. 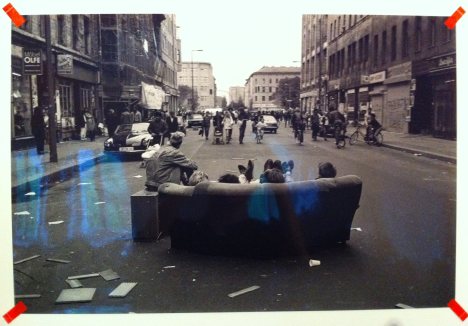 Nun sagt man ja, that a road is so long healthy, as long as there is in their flower shops and stores Bücker. Both are available in the Orange Street and cocktail lounges are clearly not as hip, as in Prenzlauer Berg. Also a typical café latte macchiato there (more) and not even the only casino on the Orange Street has recently made seal.

All in all I am so very happy with my road, although not first make deny gentrifizierungsvorzeichen. As the police come to talk to my regular bar, because a neighbor complained about the music or seen there for a long time also the first bubble tea shop, had struck me in berlin. A unschweres testimony of gentrification… or?

Well I definitely checked into my artificial turf CSD outfit in a pasta and pizza shop right next to the bubble tea shop and got my street know something closer, calculated by the owner of the bubble tea shop. I sat outside and waited namely aching foot in my pasta, she , who was sitting right next to her shop before, cried over, she wanted to take a picture of me in my outfit in front of her shop.

Clear, I never say no to a yes Photo, already not, if for my outfit CSD may serve, So I sat down to her as a wage bubble tea output – not at all bad, although it is an expensive tea, but no matter, We were definitely this week, on the street and our two reasons, Just to be in the Orange Street.

With my picture in front of the Orange Street 27 Years and the search on this picture, what could be yet find it so, we came to the topic gentrification with all the attendant problems, just as well as bubble tea shops… 🙂

My question, whether or not she thinks, to be a part of this problem, said they “Ja schon, however” and I must admit, this “However” has somewhat convinced me. By no means has in fact they eventually thought “I Mach doch mal nen Bubble Tea Shop and convince the homeowner, then with a higher rent, rauszuklagen the previously established hairdresser…

Wrong. Your friend, the previous hairdresser, whose shop but not really expecting and before long was in front end then both deliberate, what that means and how it might go well. They came to the subject Bubble tea and verfrachteten the hairdresser interior there, where it waits for the end of the boom and bubble tea at any time can be ausgemottet perhaps to transform the current bubble tea shop again in a hairdressing salon. Possible, at least it wäres.

You could definitely me übverzeugen, that you lay something on this street and as I said, they are not new, but as the owner of longer resident there when I – Furthermore, and as tenants actually even responsible, that at least is not exactly a rent increase. Actually, only the name and contents of the store has changed, nothing else. Not the cohesion of the stores among, continue to be the class, I could also recognize, as my pasta was brought directly to the side loading me, before I even sat for a while.

They could also, like me call a nice example, that this road always have a much wider context, than you expect in a gentrified street commonly, she pointed to the other side of the street, where an elderly lady looked out of the first floor of girls, which obviously came straight home as “Hello Ms. window” was welcomed. 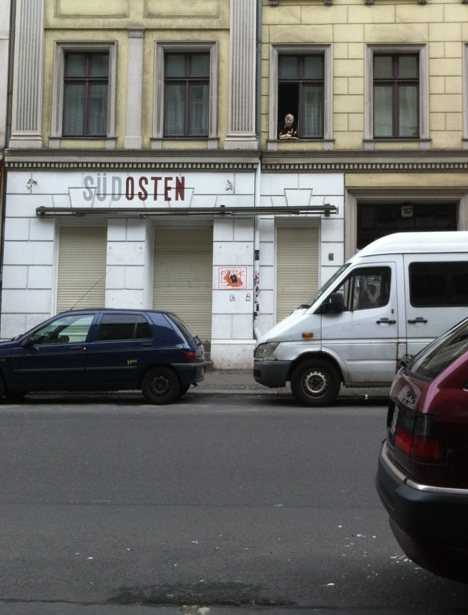 I was also quite window woman ever seen, but really noticed it would not be me, In any case, – I can now confirm, Almost constantly to see window woman at the window and all the people of the neighborhood as “Ms. window” known.

Now, it quickly fell some time ago, window is already a second wife that day was not at the window and shutters and neighbors worried, so they actually called the fire department, which found, that the elderly lady who fell in the apartment and needed help actually…

Honestly, a road with a history such as the Orange Street, with books- and flower shops, with stores, Try something new rather the, than to leave the road and a neighborhood, still noted, when neighbors are suddenly not there, is to be gentrified away. I like my street …

One thought on “Kreuzberg gentrification”