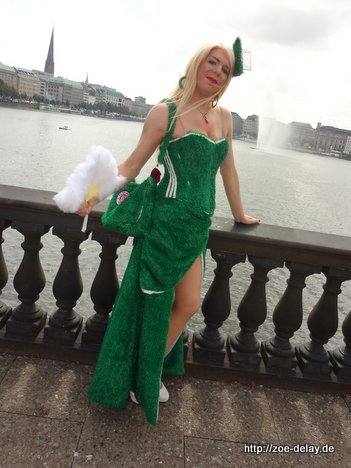 The CSD in Cologne this year yes fallen into the water and extreme for us a big letdown. The more important, then just run again that artificial turf costume in Hamburg. 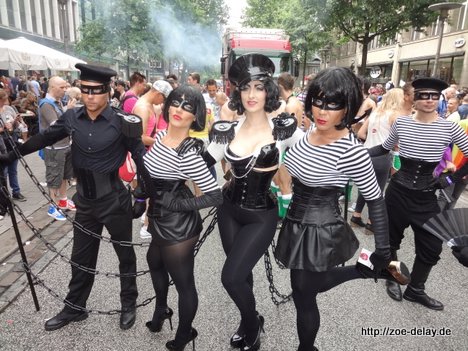 Normally, I'm sure always alone, Only this year I had an escort Sheila – not only to Eating at Rach, but mainly just for the miles through Hamburg….sodenn because it would dry. 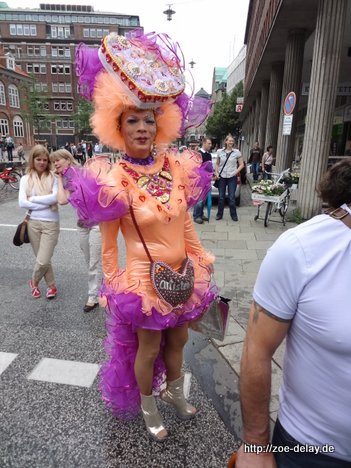 and it looked good in the morning, Sun was in my apartment and good cheer we got ready, the Gaypride Hamburg to rock.. I urge and drive at the end Sheila had to hurry, I know already, that we would be So come a little late, Beginning to talk clearly. 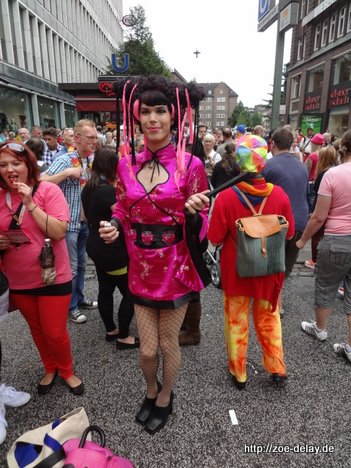 I had been thinking, we head to drive long series, then to stop and take a taxi, that would immediately determined… nix da. Instead, something else came. Drops. only a few, short time later and then faaaaaar gaaaaanz many… Quickly back into the car and let's see, whether we rankämen not closer. 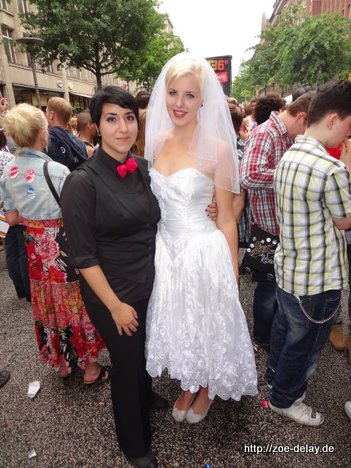 We actually found a parking, near the parade route, where we could already hear the music, but rain amounts due to the deluge-like, did not dare coming from Hamburg heaven Us, get out. In Super… but the rain radar say positive about the future. 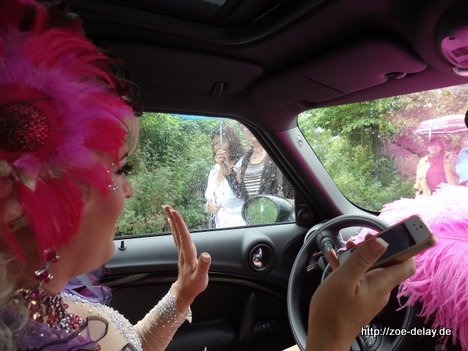 Something about 20 Minutes after the actual start CSD we make then so also on the way… in bright sunshine and perfect weather… The vagaries of the weather in Hamburg are already really weird. But I'm already used. 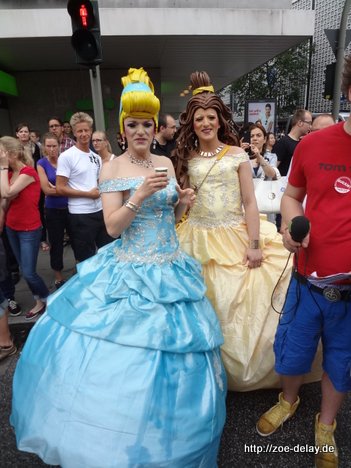 Somehow it seemed, that Eien lot of people this time had gone to Hamburg, have omitted the Köln due to weather this time, for there were many, many good costumes present and the, although I have not seen so many hamburgers this year and was only confirmed by images, that they were there… But otherwise I'm always there at the start 😉 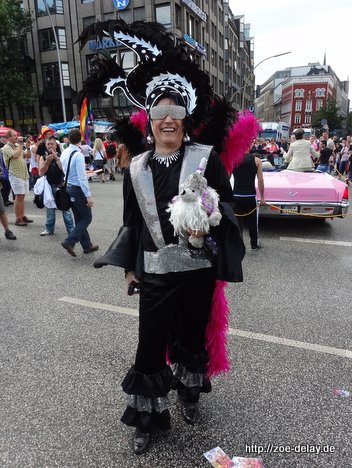 I love it, run along the long row. The upbeat mood. Always busy and just great. Actually, I would like to have at Chapeau St. georg reingeschaut, but because the time was not enough somehow we wanted to keep our great place behind the American oldtimer the lesbian business women, the best attention and secured… at least better than the typical behind a truck. 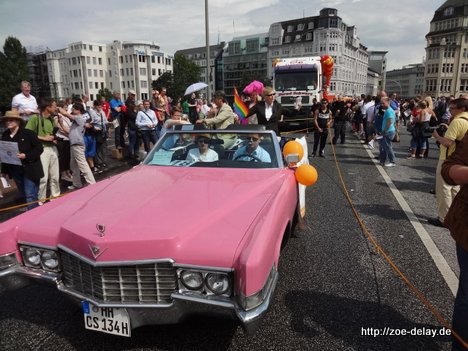 A Propos (spell that right?) Trucks… A great compliment, this time has all the CSD shooed us no security, chased no Truck. It was a very good each of the two-legged and four-Seasoned. TOP! 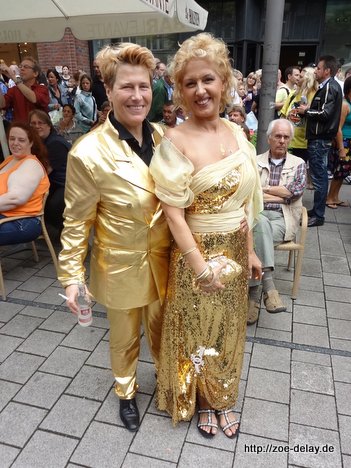 As usual, the part was a bit boring after Saturn, on the other hand, the way Mönckebergstreet great again. Such a stop, there should be on each CSD. Between the manifest and the half-hour get-together with participants and pass Angew. This is always the time, to look, who else so there is time to get to know something more and something to talk. 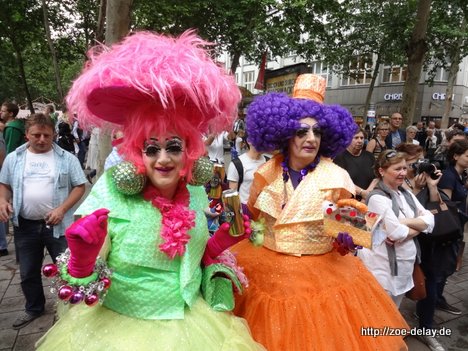 We worked our ind time he slowly forward, schauten beautiful Priscilla vorbei beautiful Marci Starlette, Tatjana Taft and some other past and fulfilled course there countless photo requests… as it should be so. 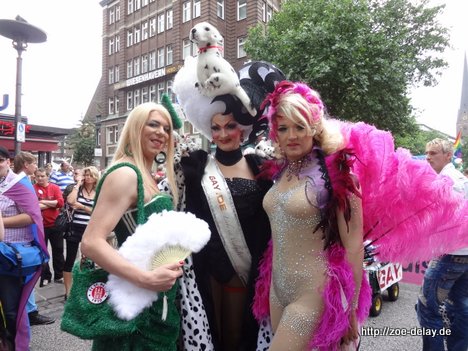 Now relatively far forward in the train of the CSD was on its last leg towards Jungfernstieg and midestens from Kunsthalle was my task-especially that, Sheila gut zuzureden, let us create the path and I do not get… In fact, we reached the Jungfernstieg and could the smoking feet in enclosed VIP area set up something. 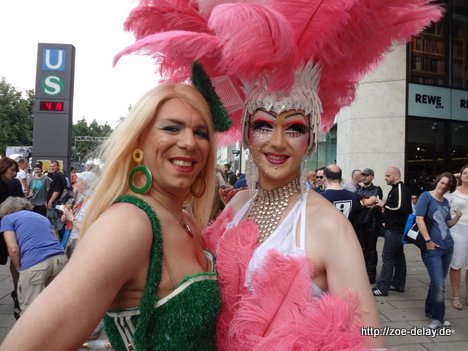 There was then not only free drinks but some nice entertainment, which you could not escape – even if you had wanted to, because it began shortly after reaching this VIP zone again, unwetterartigem with rain and gathered all the people under the umbrellas. chatted and waited for the Radiant Sun, further few minutes seemed again. 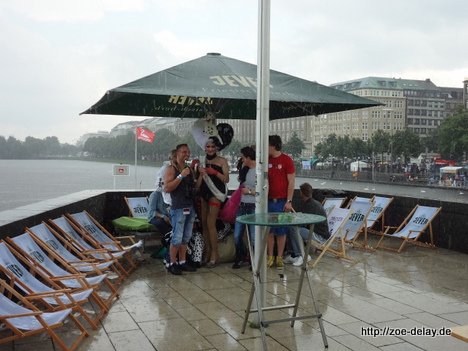 Weather conditions and CSD Made in Hamburg. 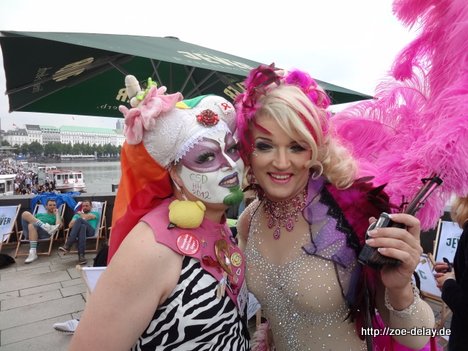 A quick into Portuguese quarter, something to eat and then off to Berlin.