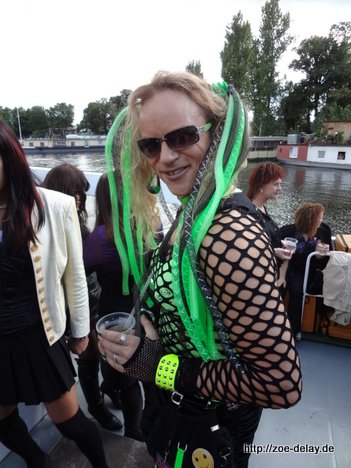 This year went again the queer Berlin by Boat. Greater than ever before, at least as loud as ever, and with up to three dance floors. This program with a show from Lola and Sandy, the Teaserettes, Tara, Sheila as Moderateuse and Gloria Viagra behind one of the regulator… You can visit times. 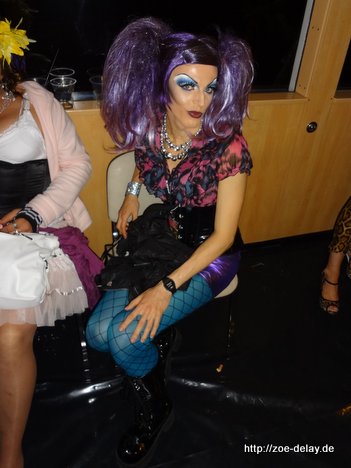 In fact, I thought for a whole time, whether I should come because, but these persons seemed to me to be an argument, Nadine also and Sam, who wanted to go to berlin… Sam(antha) war allererste Person, I got to know Zoe. This is easy 10 Years ago and then she invited me to his house and looked great… unlike me then, and even if we wrote every few years somewhere we never saw us all these years somewhere. Voila Sam and I. 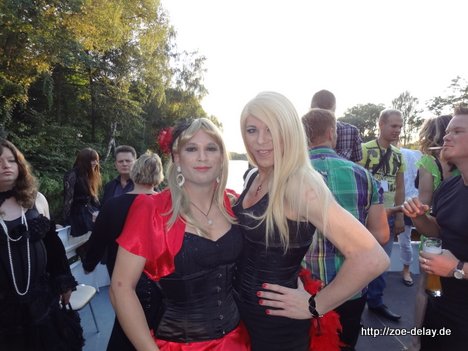 Above all, however, I was traveling with Nadine, not just as a double Lottie, but similar. Good, their hair black, my blonde, her white dress, my black, her shoes blue, my red and feather boas also varies… Feather Boas? Ja genau, 10 each, we thought, we try to stand out a little, and each treat ourselves to a nice spring tail and each fitting shoes. Nadine attended decoration Behrendt, I cared for shoes and already visited two birds of paradise, the Queer boat. 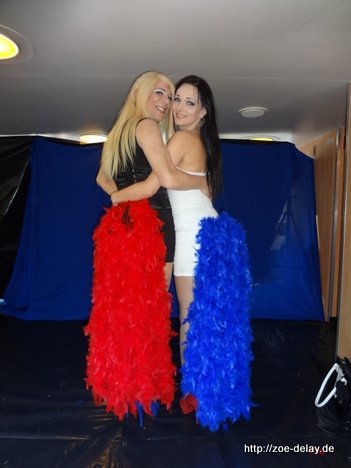 ….And a short time later, everyone has known, and it had to have not even seen us, because we have free after Hansel and Gretel we left on our way always small Springs back, so that was pretty clear, where we have already driven around everywhere so.. In about six hours on a boat, is that after a short time the entire boat and you could only congratulate the organizers, that they have designed the entire boat with plastic, otherwise there would probably still be red and blue feathers flying around there today 🙂 Sorry. 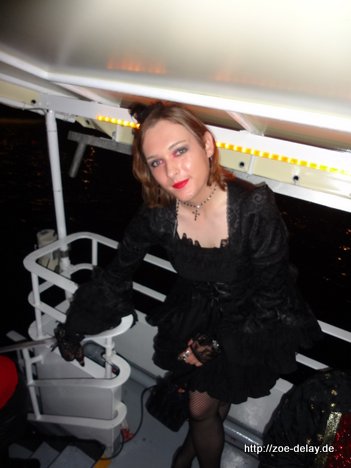 140 Shemales and friends on a boat. These loud beats and screaming high altitudes. A sight, which provides as usual on the shore and at every bridge astonished faces. Always amazing again, how many people have cameras there and can whip out quickly. 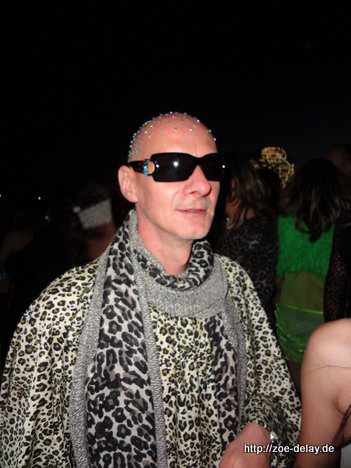 On the boat I hold dear to me as real photographers like Buried_In_Black and Diana, her friend. Normally you take the two always to the CSD in Cologne and Hamburg, but this year, we did not run us somehow on the way. More beautiful, the two then just to take on the queer boat and talk a little… 6 Hours are sufficient, with every order, with which you want this because a few words – or to change several. This makes such a boat extremely nice… 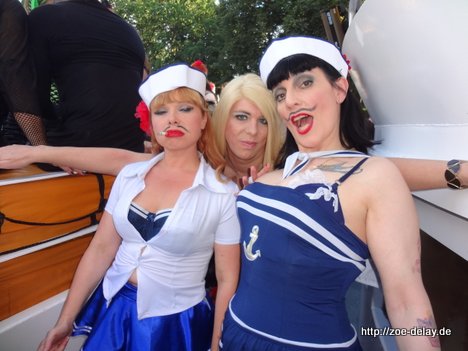 A couple of nice shows and Sheila's quick-witted and funny daurchaus moderation and even the weather was absolutely with. Was will man mehr. Actually, all individuals, I spoke were completely satisfied with the maritime, even the Teaserettes, Tara, Gloria und Diana, something that probably undefined if the view were previously all to sail with such a loaded boat on the Spree. 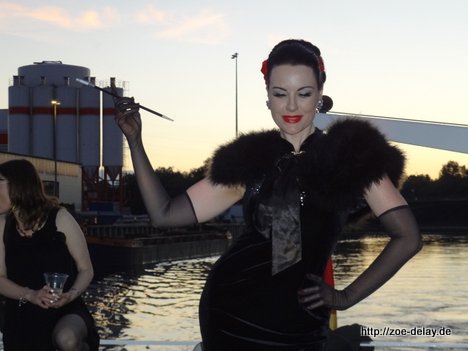 And it was like Nina Queer in a mental house always says: Is the show to end, fängt the Party an. It was now dark, Gloria made a third floor on the front, above and behind the sonicated False Friends the crowd and danced the whole boat. 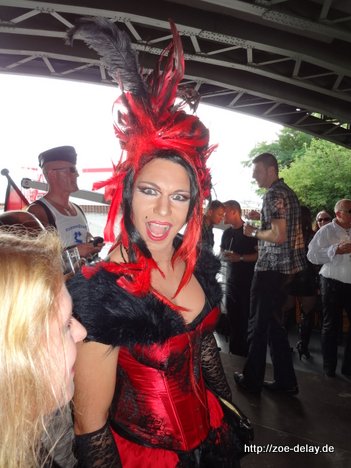 Ehrlich, several hours, you could go, where you wanted, It was danced, what's feet in the heels hergaben yet, mein Favoriten Dancefloor war bla Glorias, but there it was so hot, that soon had condensation dripping from the ceiling, But it did not matter, then it's just gone out and continued dancing there… and such, Monday, a cold that apparently was the result of some. 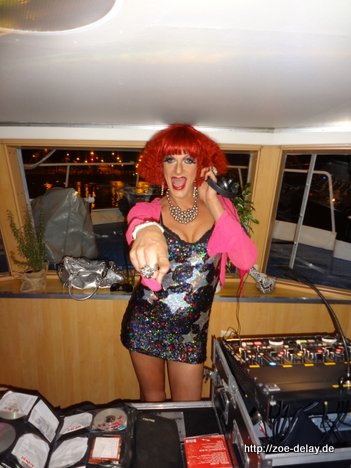 The last two hours in the dark was really a queer boat party boat with a mood, as it is not often occur on the River Spree… 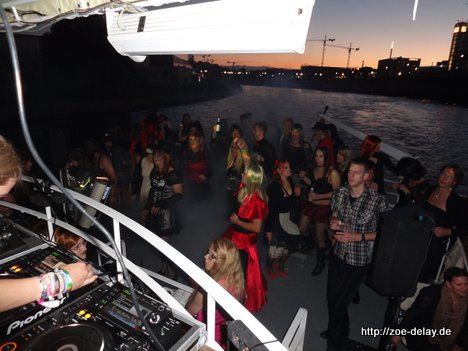 So you can go again next year auuch, maybe yes then come all the, the hooky this year, gell Jessi? 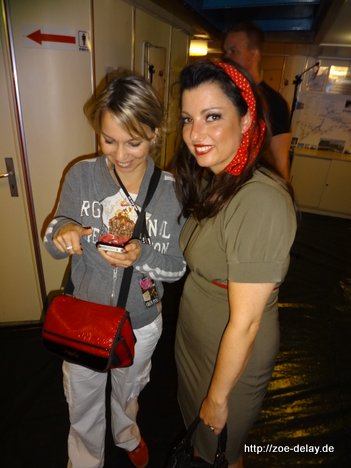 One thought on “Queerboot – Party boat on the Spree”