Der Teddy Award, his character is the most important and largest queer film award is undoubtedly in its importance, especially when it comes to movies from around the world, achieve the award with such attention. 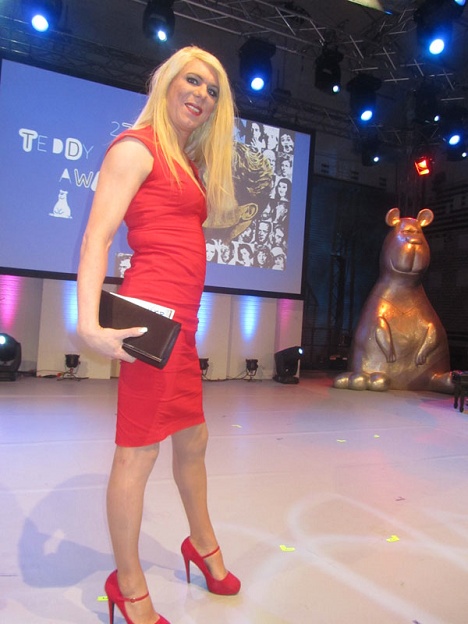 Unfortunately, it was in the past often so, that the ceremony had Teddy lengths and often much “Ramblings”. This year was different. Der Teddy Award 2013 was different. Big emotions, Goose bumps and still important words.

It began with the Berlin music group Laing and the Victory Column Award for a film Else, the little film clip told me. As with a good show. A beginning, had the potential to increase. And it was increased. 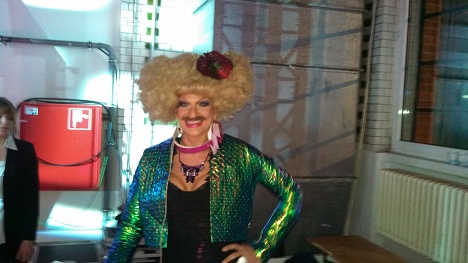 Klaus Wowereit – Patron of the Teddy – was called to the stage and who was expecting a bored speech at any event Berlinale, a lesson was taught. Es war the best Reason, I have heard from Mr Wowereit been. In addition to the self-evident to Teddy he spoke of the struggle, there is still the, He addressed, how countries make in dealing with queer lifestyles setbacks and addressed explicitly Russia and renamed it with the following words: “With the law homosexuals are discriminated against by law in Russia – This is a disgrace, you must designate as”. He spoke to France, have adopted same-sex marriage, mentioned the importance of other teddies and GayPrides. Man merkte, he is with the heart in it. One can think about Klaus Wowereit, was man will, the speech was great. 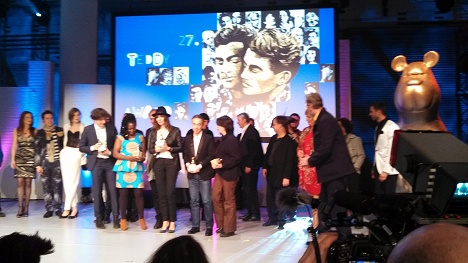 For me, the highlight was the cinematic Special Teddy Award, was mitvergeben of HIV Berlin and went to help a great project in South Africa. “Steps for the Future”. about 50 short films about people living with HIV with and without AIDS, about their daily lives, about their lives and their Lebensmus, do not go down particularly. You will be taken and shown in South Africa the remotest places. No cinema is necessary. The technique is brought and the films and discussions as well as the.

In the excerpt we saw a school class, who do not develop AIDS with two people, However, the carrying the HI virus discussed and some reached acceptance with security there.. Und wem die Reaktion einer an Aids erkrankten Frau ist, which is experiencing, that their baby is completely healthy, nicht nahe geht, der kann kein Herz haben. Moving. This teddy is the right place for the project. May he help him. Steps for the Future – introduced a great project and great Annabelle Mandeng.

And since we were just in Africa fit the next great musical act. Imany. Hitherto completely unknown to me, the singer seduced me with her music and her singing completely. Now, there may be a cliché, herauszukramen immediately the name Tracy Chapman at an African singer. But I have many records of you and I like them very much – and “AND” Imany reminded me with her singing at the young Tracy Chapman. Only Imany that still has a better voice and it still looks insanely great. The feeling, when she is singing but the same touching. She's on tour soon and I'll have to go.

A great speech, a great film project and a great singer. Here I would have to go home happy.

The nominees in the feature film category did not affect me all three, me during all three films in the category “Documentation” for more enthusiastic.

A lawyer, which occurs in Cameroon for homosexuals, where even a text ready with a vow of love already for several years in jail.

Exposed, a documentary about the still living underground burlesque scene in New York with a lot of make-up, freaky people and obviously a lot of fun, the einnerte me a little bit but just as in gender X Burlesque. I absolutely have to see the film.. just how and where?

Easier it is for the winner of Bambi!, is shown at Kino International tomorrow and shows the life of a French transsexual, die ihren Weg in einer längst vergangenen Welt gegangen ist. Great old recordings, apparently a great movie… I will check out tomorrow.

Although I would prefer to have seen a longer excerpt from Exposed, aber das bekomme ich schon noch hin 🙂 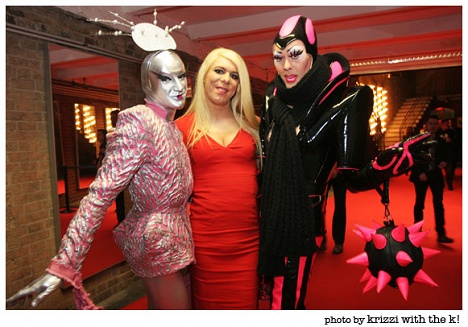 Fürs Fernsehen war dann wohl der größte Moment des Abends der Auftritt von Rufus Wainwright. Beim ersten Lied habe ich noch gedacht “Since I was more enchanted Imany” but as soon as he Hildegard Knef “For me the hell raining red roses” auf Deutsch – tried to sing – und das keine Satire auf den Song sein sollte, I had to confess. Intentioned and sincere applause not only, because the singer was known. That was great cinema. At least half the room has quietly singing along to the song and felt for. I have at least.

A fitting conclusion to the best Teddy Awards, Since I know the Teddy. And no matter, with whom I have talked about it afterwards, all loved this evening.