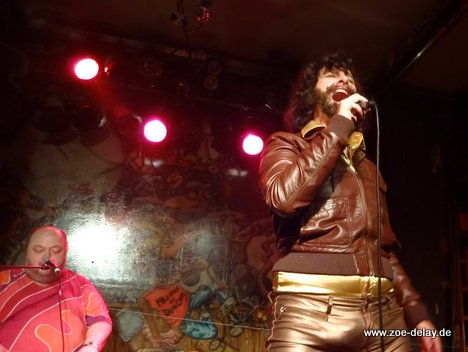 What a great weekend. Am Freitag die Cirque Musical, on Saturday then the QueerBurlesqueFest with tons of great artists will Coleur on stage. A great festival and a great sauce. 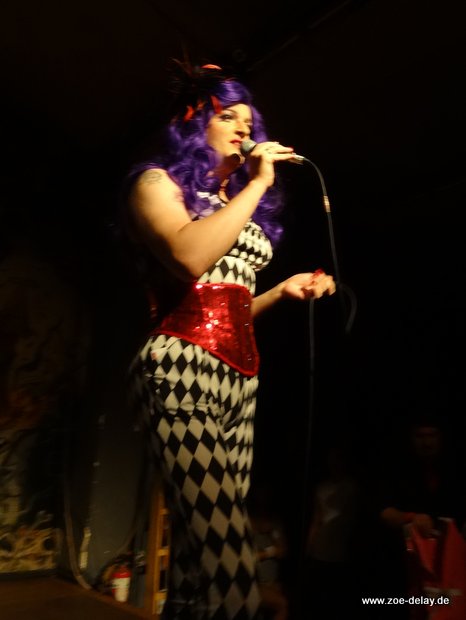 The very first festival a few months ago was really great. Times other people than the usual burlesque events in the great Clash Mehringdamm and not as in 2070 at Wittenberg Platz and also artists other than those, one has seen so many times… 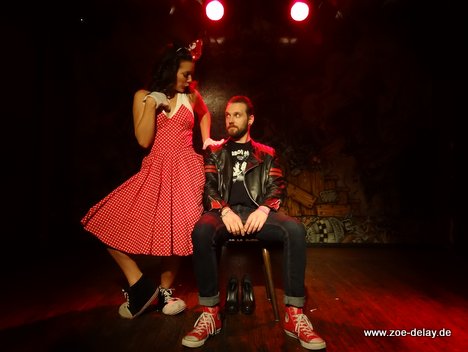 And even those who were there that night with new numbers at the start. Very great. It started with a really sweet and as always great number of Rosie Riot, the blond half of the great Les Femmes brute 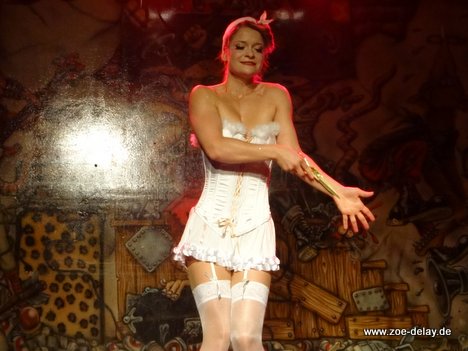 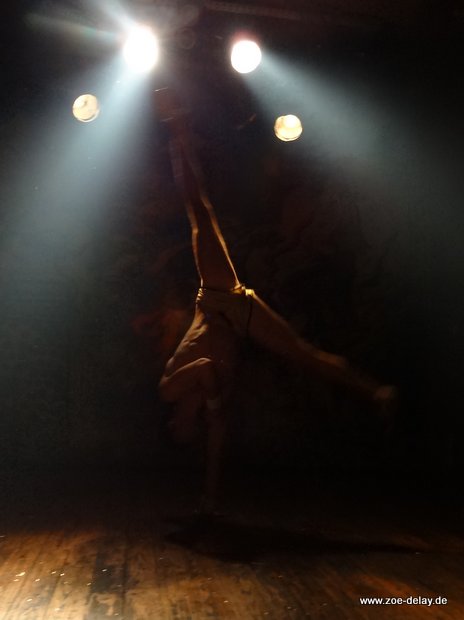 And captivating it came in literally on with Bana Banal, which should have at least a Munich Burlesque price or cleared as. She wowed the audience already with the first notes of music. Lullaby by The Cure… Something like that comes in Clash naturally good at. Arachnophobia to a number in which they stretched their webs spiders DC – for example, my – in series 0 located sitting on the boxes – Neck… Please do not pull. 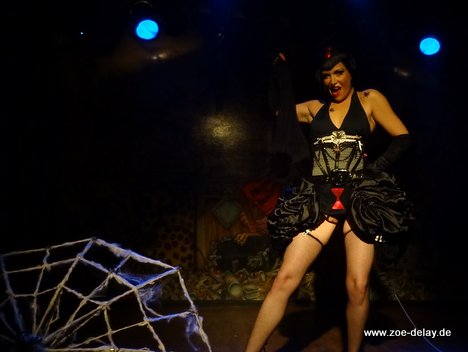 But that should not be the only time, in which I was involved in the stage performance, and it was only, that is me with beer, Beschüttete water or milk… Own fault, I am also in series 0. Something you should know numbers but actually after many astray House. Series 1 living dangerously – row 0 is lost. ..That was the way the milk… 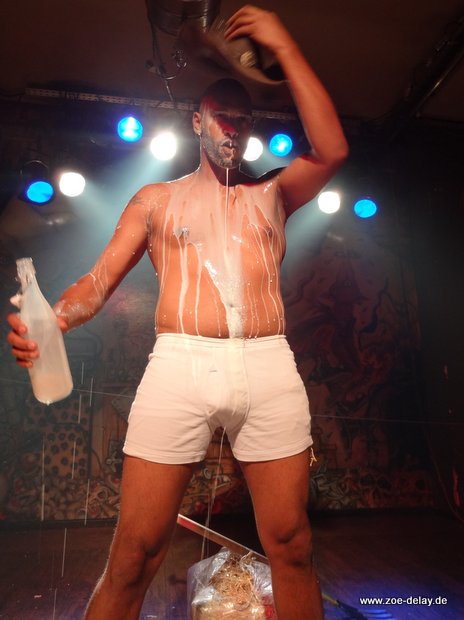 But what we were not taking anything for a good picture and the right place for a video – on the way, well-lit stage in the purchase. Finally a stage, which was not dipped in red. Thank you!

In, has bisserl rot gab es cap, for example, these two, whose names I have not noticed, their number but definitely was fun. Maybe I can have someone help. 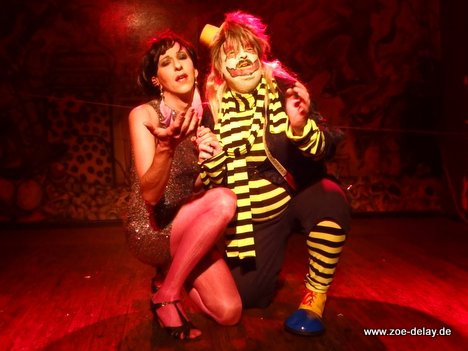 ….should follow the main act of actually Cory Frost and Gerd Thumser. Unfortunately, Cora Frost could not due to illness, therefore sent her slightly androgynous brother Peter Frost… When I think not know better, I would say, who was once a woman. A drag king, so to speak, and mastered the appearance, like it better woman would not frost can do. 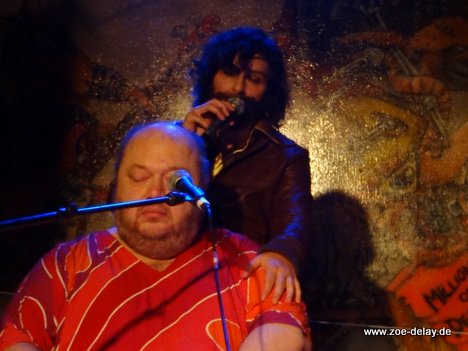 But a terrible macho, this Mr. Frost. But he gave the evening, he is bi. In fact, even bi bi bi bi and therefore not welcome in the government section of Mr Putin… Why do I say this? In, because you have to say it again and again – and since then there came a number of Kalinka Miss Popalina… But this is not from Prague??? I was.. So the Popalina, not Kalinka 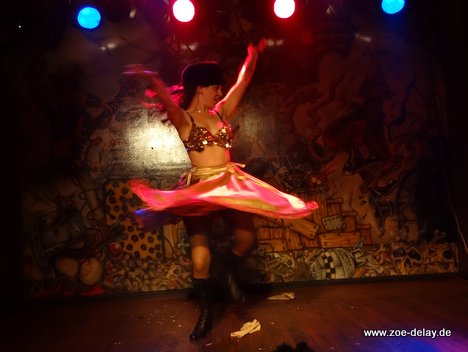 In the next lady was clearly the origin, the Sandy Beach, comes where the Beach almost at the very widest in Germany. Müchen. Seen on the dirndl and still to some extent filled beer mugs, which were less full at a later date, instead, I then had some more beer on me and around me. But they dropped the steins since. as well as Sheila previously her gloves. I became BurlesqueFest lost property office.. Steins? Clear, the woman in dirndl. 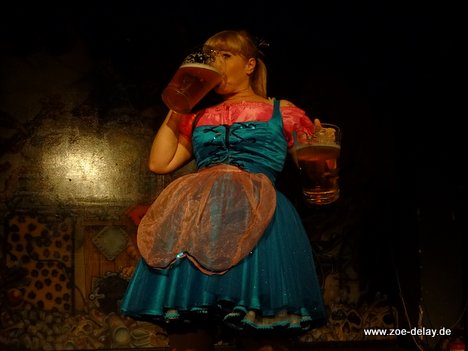 The fake blood the next artist I have fortunately not gotten. But what it's all about, I can show you, unfortunately, not, because GEMA has unfortunately not allowed, but that has everything to an end, As I said when, the Clash has taken the building on the Wittenberg Platz, the – ja genau – Gema is today. 😉 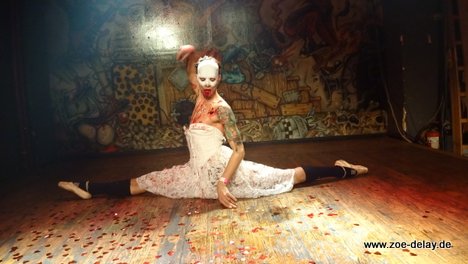 Then came the real main attraction of the evening for me, the greatest number in a weissgot in great numbers not poor Saturday night. Clea Cutthroad with a rousing number of different pieces. Unfortunately, I had already put away my camera to the end of the number… But you should see the video until the end… Must.. Great great great – and wet at the end in series 0. 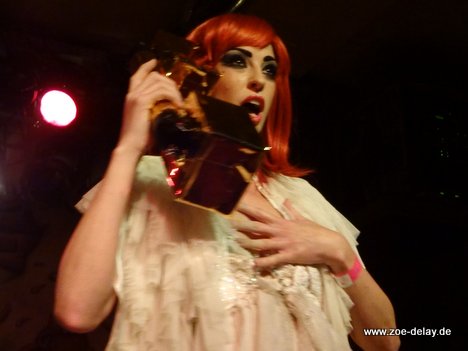 …After that everything was clear anyway. It followed then another extremely Hairy Mary 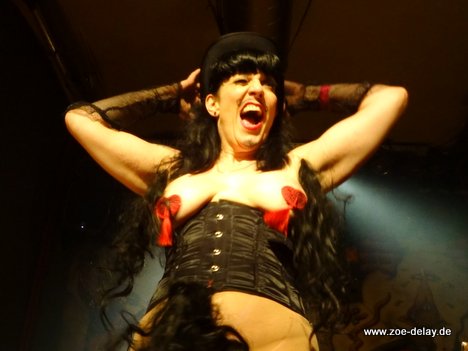 Champagne and Sparkles with her Bibo 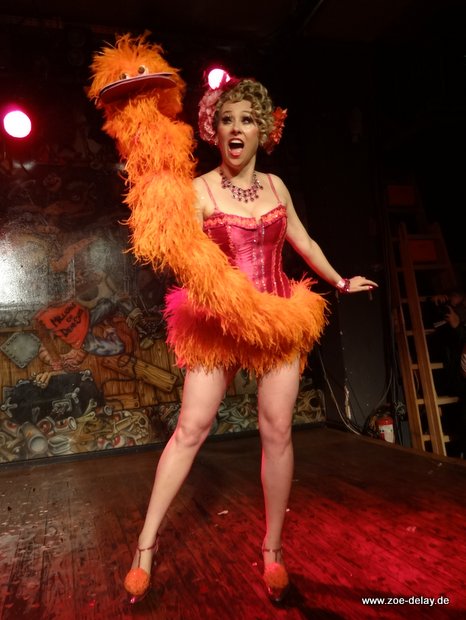 And do not forget Strawberry KaeyK with the only Trans-chest this evening – and with something as much total chest as the rest of the ladies on this evening together. 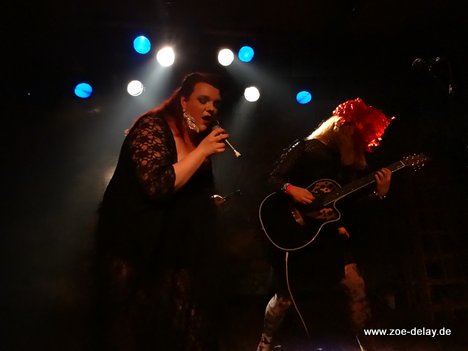 Followed somewhat? Oh yes, the big raffle, at the birthday – Maren – Janka – Giltzer (or something like that) actually also pulled my lot – by the way, actually completely random and unabgesprochen. To command only to certain producers complying hanky-panky, Janka did not know my number. but still they moved. Telepathy may 🙂 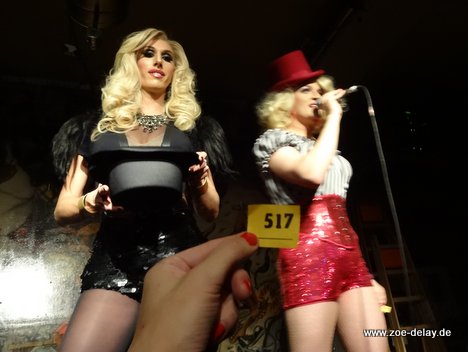 All in all it was one of the best evenings show, that I can remember, a great mix of great Burlesque, Queers, Freaks, Music and Trash. Honestly since, the London Burlesque Festival with their Twisted Carbaret Laying times chopped. Since I've shaken his head, yesterday I grinned. 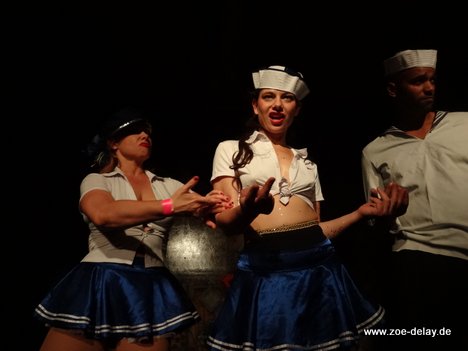 Sorry for the infinitely long blog post. almost certainly the longest ever, boar had nothing deserves to fall under the table. 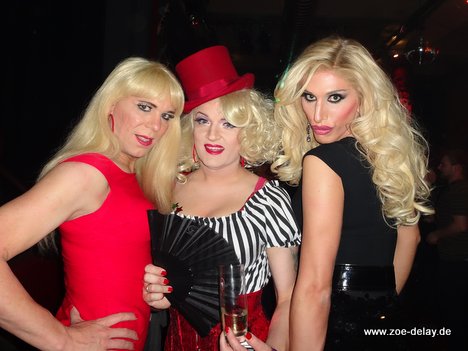 As a total contrast program then I'm still Esther, a friend drove to Adagio and realized, that the bartender knew me no more, nor the last time free champagne donated.. I was probably there with the wrong company… Impudence. Nevertheless, I have not long got so many compliments, the 2 1/2 Hours at the Adagio… a thoroughly enjoyable weekend