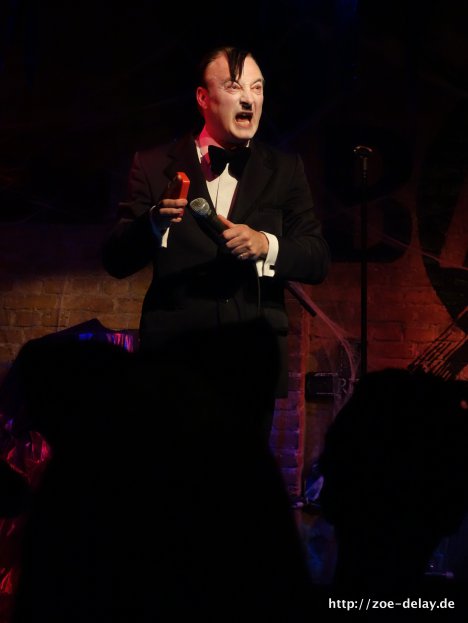 And so it took me this year completely without cover into Bassy to Pinky's Peepshow, I had actually not as a Halloween party on the screen. I thought, that a pair performer would probably bring Halloween numbers, visitors but not necessarily. I was wrong, at least in thought number two… 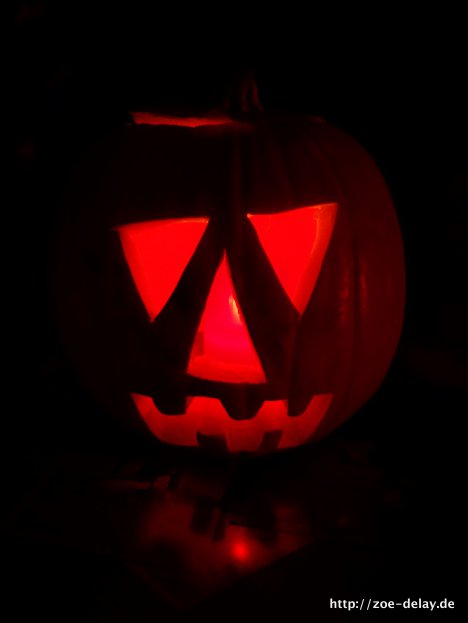 I paid the increased – not Halloween Panel set to become lowered into Bassy and watch the performers. Absolutely to a Halloween party was fitting Frank Sanazi, the surviving son of an obvious Liaeson of Frank Sinatra and Adolf Hitler, However the swoops down not only on Halloween from his Las Vegas Führerbunker creeps but frequently about England. 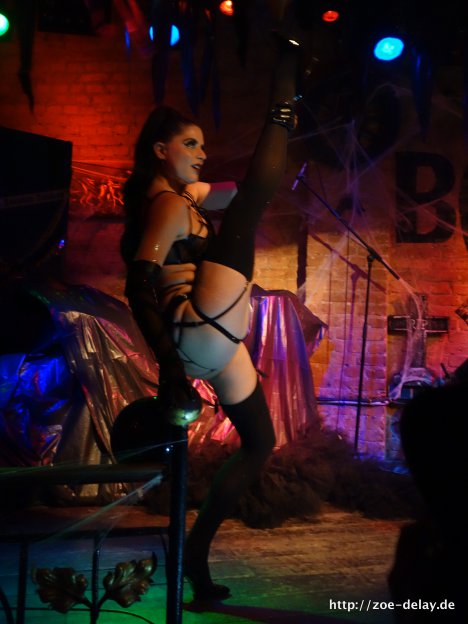 Not all performers were there that night but with Halloween numbers at the start. Does not matter, if one looks great and has a great number. 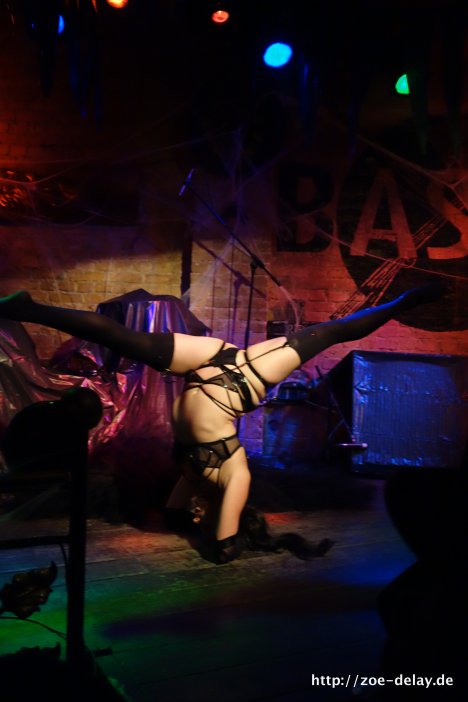 But this evening showed me again, What is Berlin. It was a Thursday and this party started more or less at midnight – and it was full and indeed to 4,5,6, I eventually just against 5 went home – Yes indeed from Bassy gone home. Exciting to march through completely empty Berlin. kind of nice. 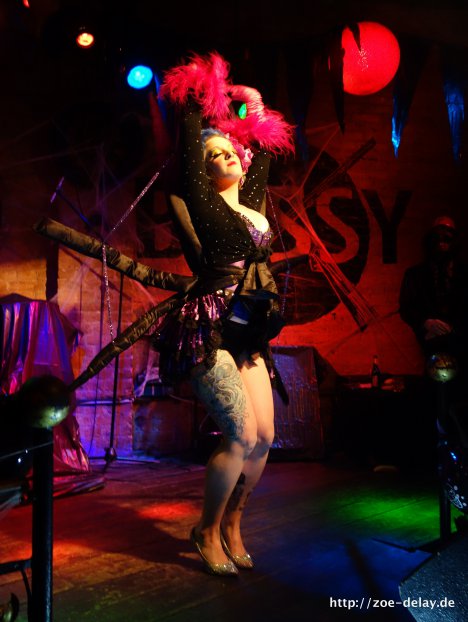 If he had not been wearing the fez, one would Fez Wrecker not only barely recognized this evening or. 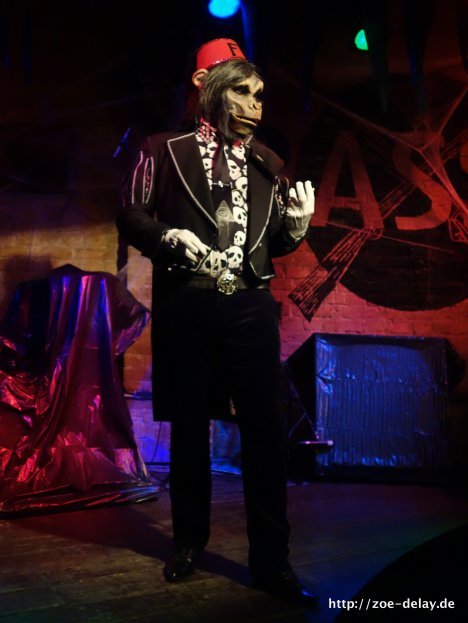 Ravens first issue was also not pure Halloween are somehow his numbers so all strange and so Raven is generally suitable for a Halloween Special. 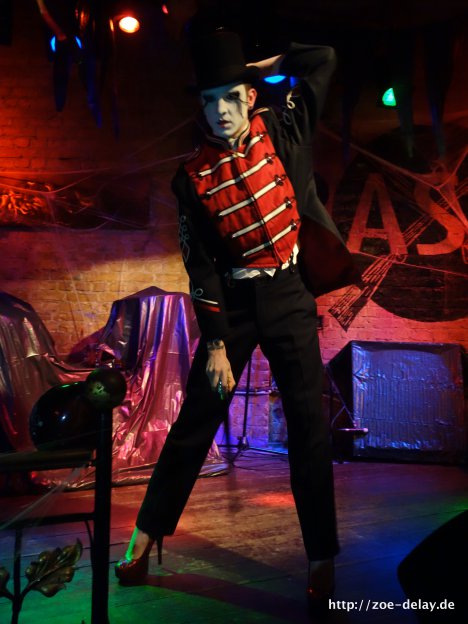 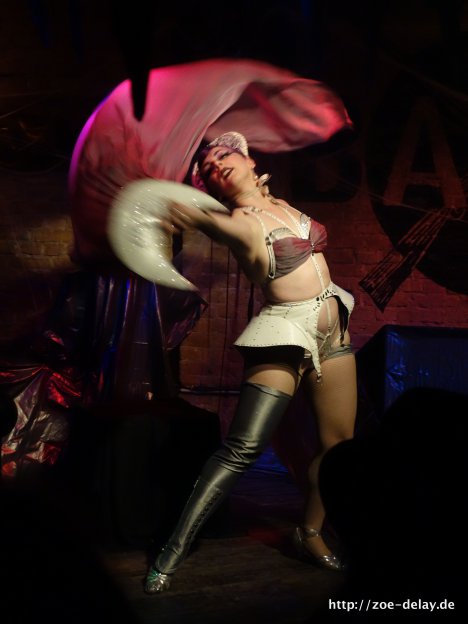 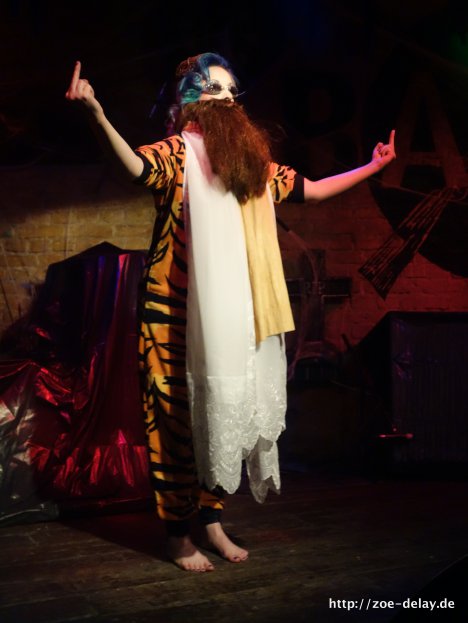 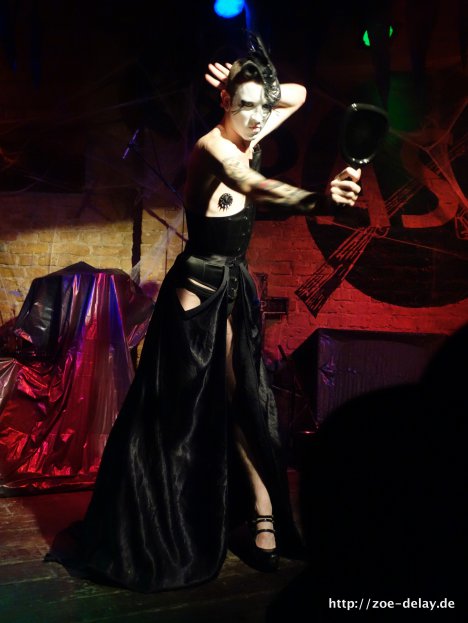 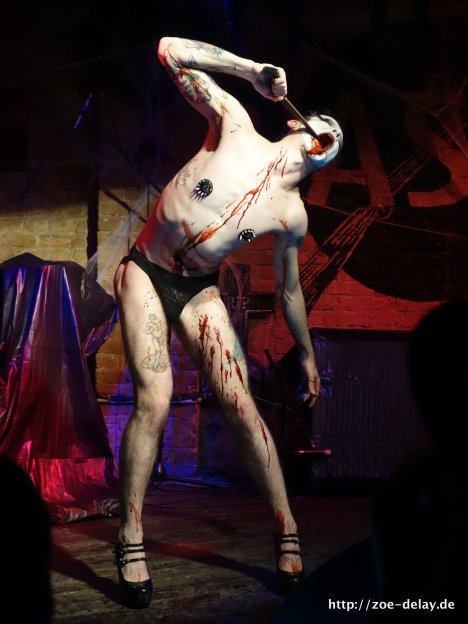 Such an outfit can also wear only on Halloween – and somehow even, if you like Scotty just not German is.

Scotty the Blue Bunny in Sträflingskleidung… or KZ? and Star of David. 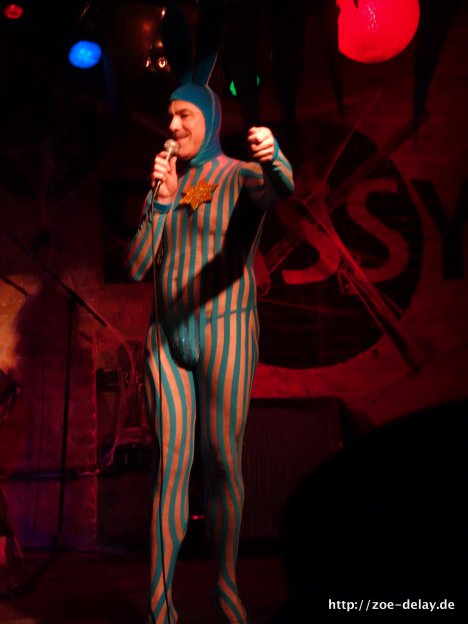 The outfit of the evening, a leopard couple 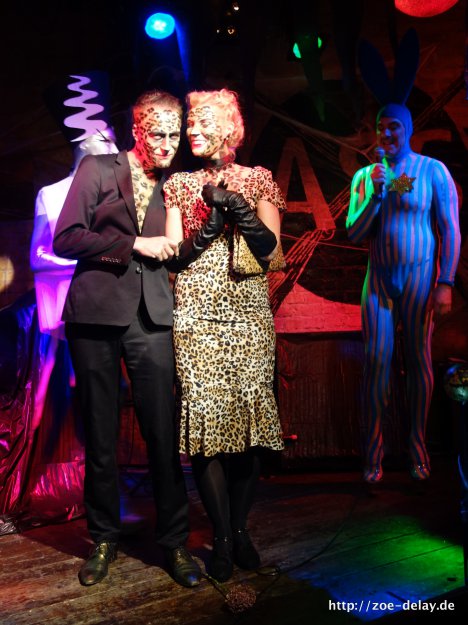 When it occurs, it is almost always the highlight of a show, Also on Halloween. Clea Cutthroat… At first I thought, I had already seen this number, and at the start that was so, But Clea expanded its number to and it should be bloody. 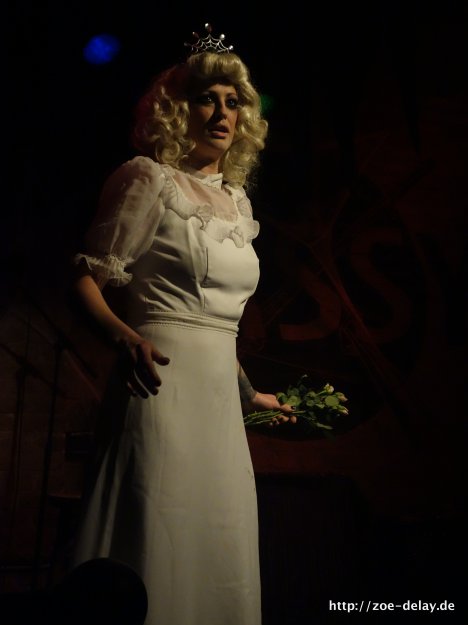 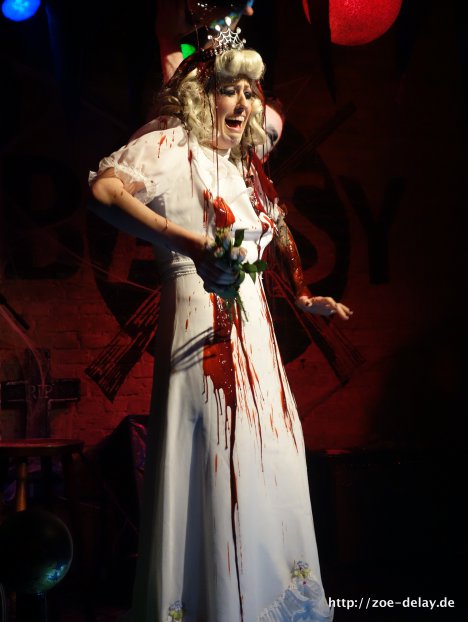 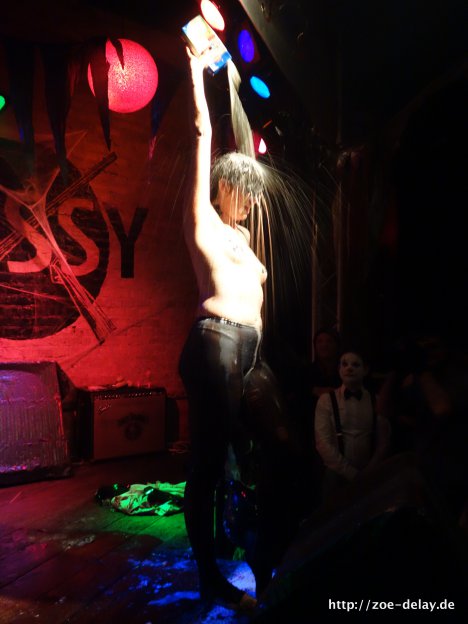 and tape. Clea Cutthroat has an associated at the swatter. It is great. 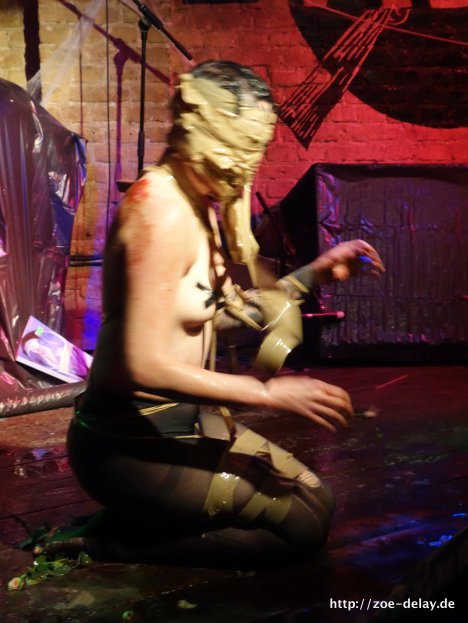 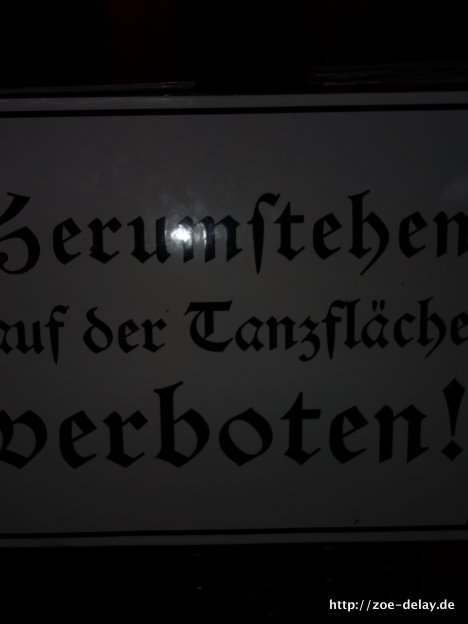