I maintain, that Michael Müller and thus the Berlin SPD by abstaining from the motion for a resolution “Marriage for all” have made ineligible. 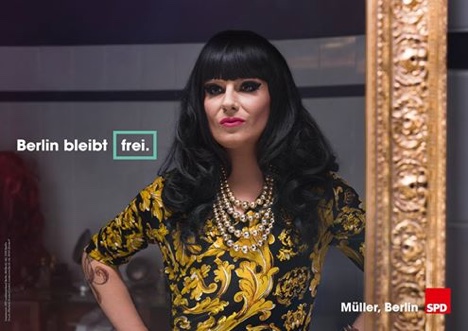 I don't care at all, why the ruling mayor does not feel bound by the coalition agreement, in which stands:

We will consistently ensure legal equality for lesbians, Gays, Promote bi- and intersexuals and transgender people and actively fight all forms of homophobia and transphobia.

I don't care at all either, which part of his coalition suddenly disagreed and why the governing mayor found this more relevant than the coalition agreement signed by both sides. These are political games, which I understand but no longer accept.

For me there was exactly that 2 Options:

2. the coalition suddenly disagrees, but the ruler remembers the content of the coalition agreement, recognizes, that there is a clear signed agreement for approval and votes with yes.

Incidentally, I don't really care, how the politicians then pull themselves together again, but that's her goddamn job. And if the CDU then wanted to get out of the contract and the coalition… with the reasoning, that she just wants something different from what she agreed and signed in the contract… so what! Then that's the way it is.

Damage, that Nina Queer supports the SPD, I could do this since June 2015 no more. But I hope, she has given a clear opinion.