The freaks are in town. In fact, Flic Flac is in town – and brings freaks along. Who doesn't know Flic Flac, let me say the following. Flic Flac is a Circus, one of the slightly different kind. No animals. 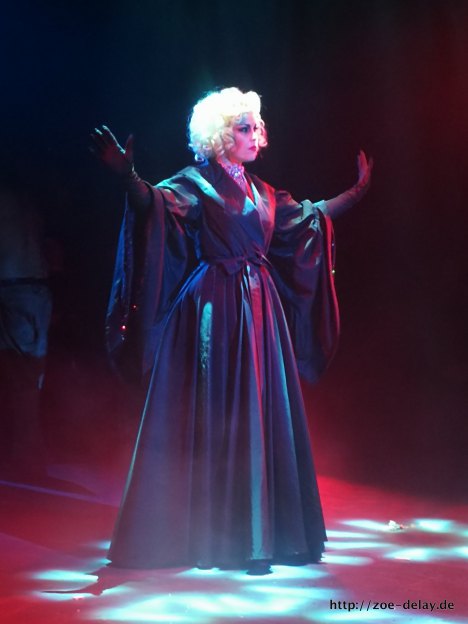 Okay, we know that from Roncalli also, but in this case Flic Flac is a little different. I heard about the last guest performance, that incredible artistry was shown there. This time, instead of the unbelievable, there was something unseen and a little unheard of. 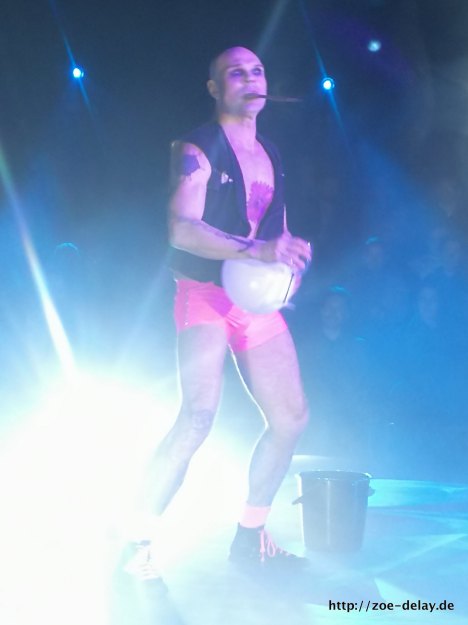 Flic Flac advertises on the posters, those all over town hang out with freaks and with big ones “Censored” bar, the – so the hearsay – actually only had to be glued over it afterwards through complaints. Typical German. You can't even do that “Leads” kidding. And, exactly, that was also represented. But he was more of a guide through the evening, he did not appear, neither is the nosferatu host. 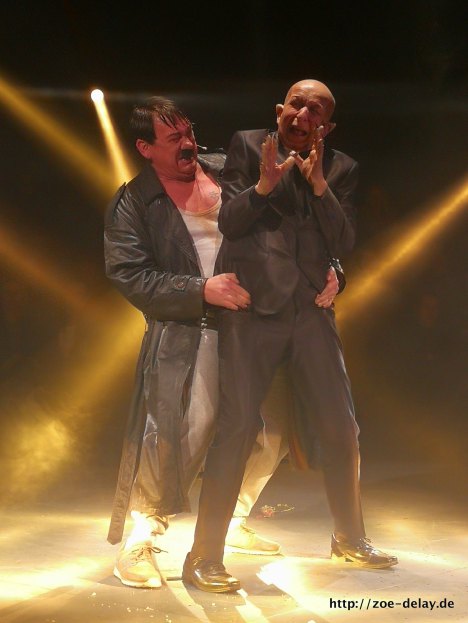 But there were enough artists who were freaky enough to survive in this circus. For example this lasso-wielding gigolo, which showed pretty much, that the Flic Flac is one of these events, where you shouldn't book the first row in the devil, because you are quickly drawn into the hustle and bustle – like this blonde girl, which became a wonderful target for three lasso turns. 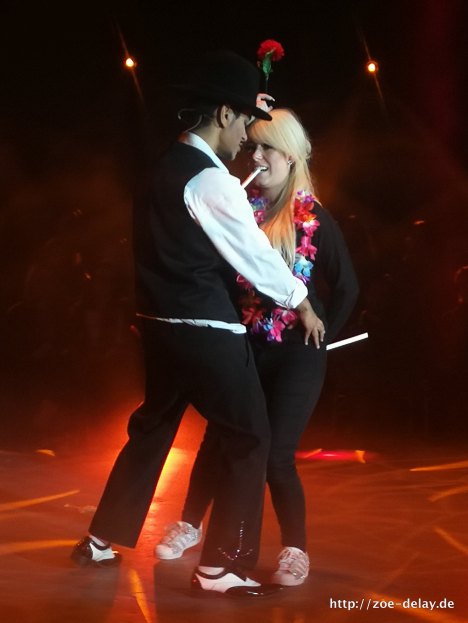 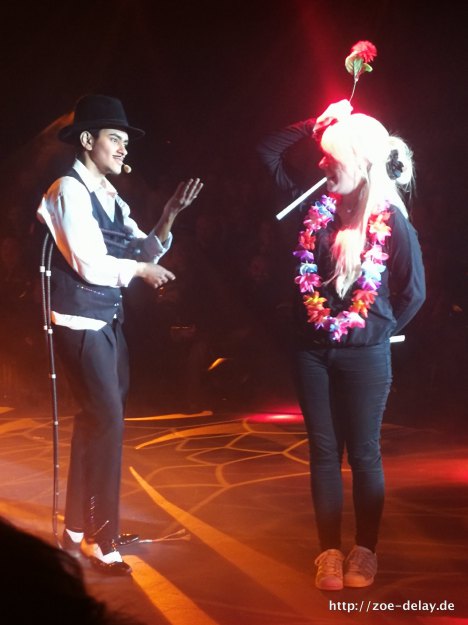 But what else this lasso swinging gigolo is all about, I didn't see it coming, although Sheila has already spoiled me on the way there. But my short-term memory had already banned this information from my head for newer information. 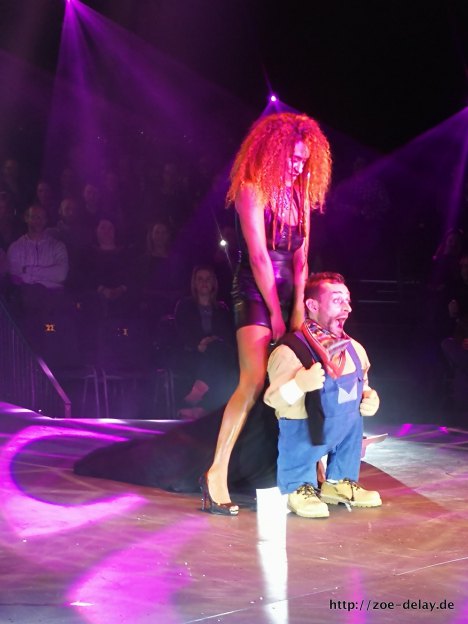 One of the more recent pieces of information was the question “Why is there actually no cloakroom in this circus?” Winter, Temperatures just above zero and we sit in the thick coat – Fortunately not – first row. Row two …. was ours. 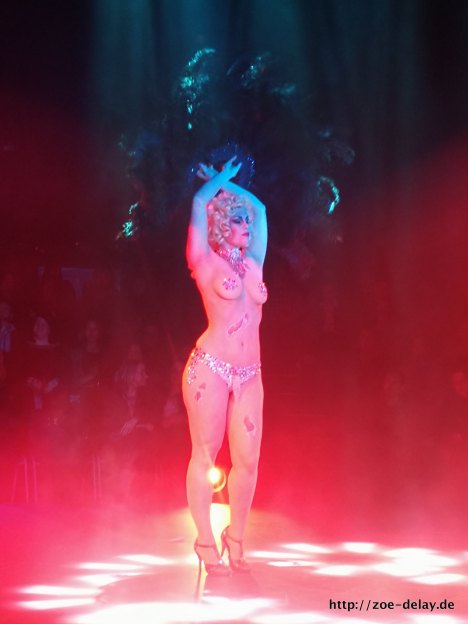 So we could see enough and were seen, from the artists, that we already knew. Like the one since 55 Years dead Marilyn Monroe, who has taken one or two scars with her over the years – and in real life not in the name of Norma Jean but in the name Xarah Much of the rain listen… Although, when I think about it right, she probably hears another name, which I don't know though – as is the case with quite a few burlesque dancers. 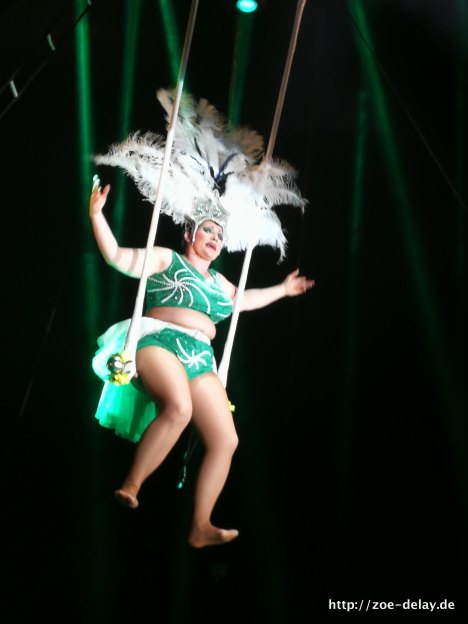 With the number on the trapeze, again, I couldn't do too much. The lady was certainly good at the trapeze and her story was that, that she did not want to show this. and it should look like this, as if she were bumbling around… A good idea, but unfortunately from me already on the Vaudeville Variety similar but seen better. The Maiers back then were pretty cool, the Flic Flac didn't quite get it 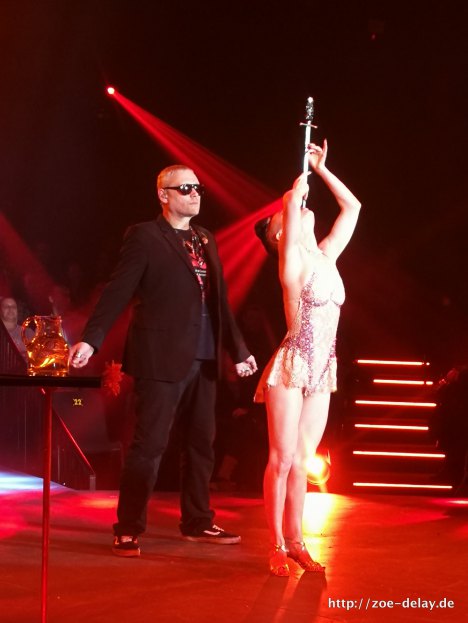 I've seen the next number quite a few times. Beautiful Jewels with her sword. It is always amazing, that this is not a trick but a solid sword. According to reports, that's about it 80 Control people worldwide. It looks so easy with her, but the number says it all, that it is something very special and not a trick. 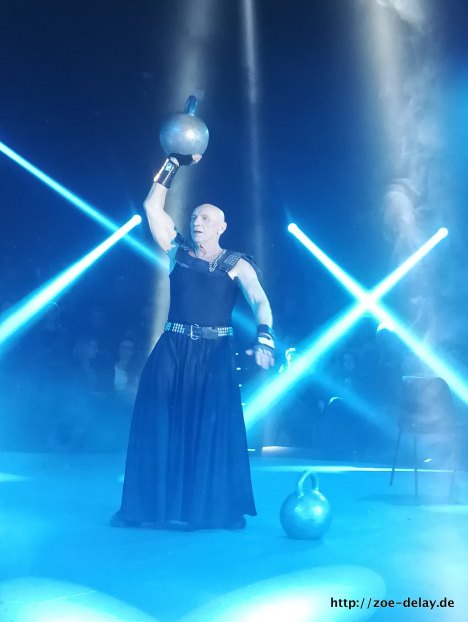 As it is no trick with this sprightly pensioner. He throws heavy dumbbells and iron balls around violently, who make a real noise, when they hit the floor of the ring. I trust Xarah there too, when she says, that she got one of those balls backstage “times just” wanted to clear away – and the suggestion whether the heaviness could be quick. Sheila and I were still thinking about it with him, how well his age may be…. We were close. 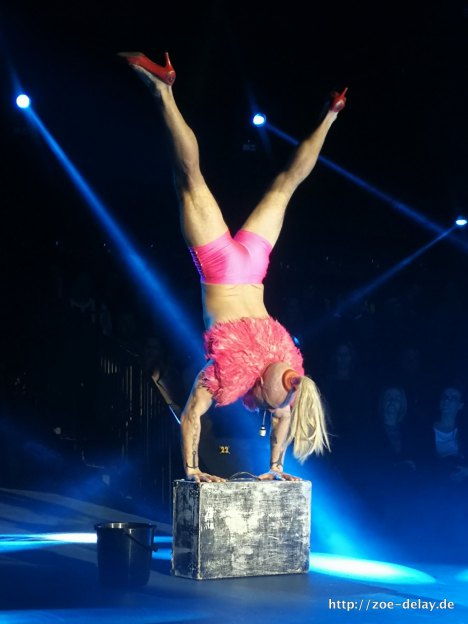 What can I say about this guy with the plump on his head? A real freak, a strange guy, but funny, Juggles table tennis balls and catches apples – simply put. Overall, there is still a lot more to be said, But look for yourself. 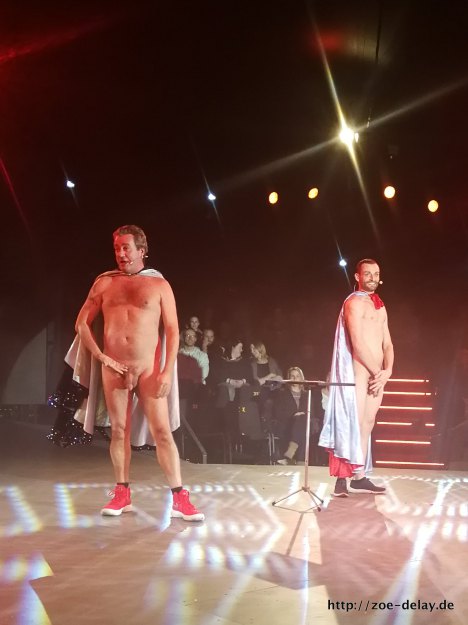 To say all sorts of things would be too good “Puppetry of the Penis” two apparently Americans, that I think about, that they cannot perform with their number in the prudish United States and rather have to seek their luck in Europe… The number is really strange and the name of the two says it all… Puppet show – so to speak. 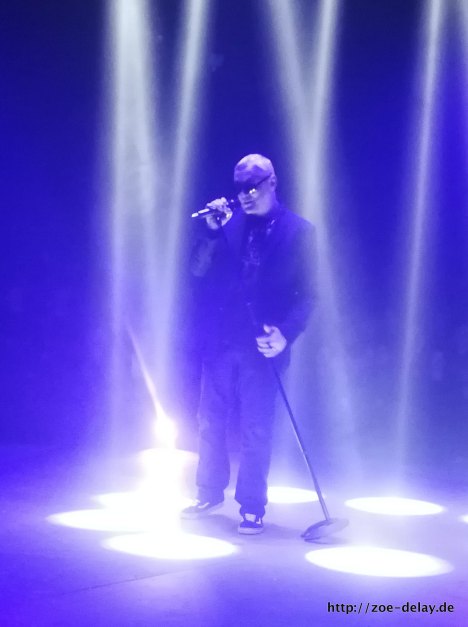 The whole thing always accompanied by live music from him here. 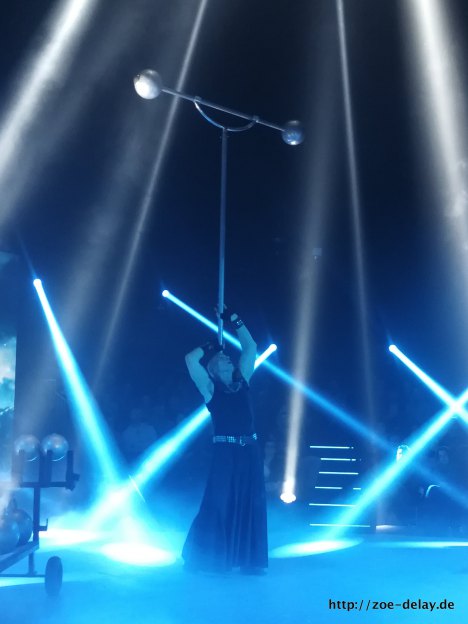 …and then there was this couple…. how can you explain the two? They look like a glam rock hit duo - he with a Mickey Krause wig and she with sequins… Again, the hint: Do not sit in the front row and if you have an aversion to bananas, rather not go there. You will certainly not expect the twist in your clothing change number. at least I don't have it. 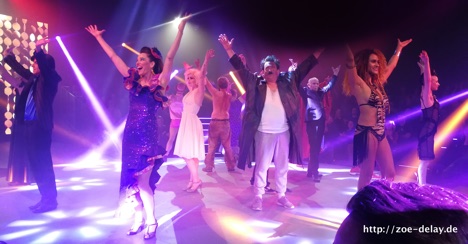 Just like I didn't expect the twist in this lady either…. 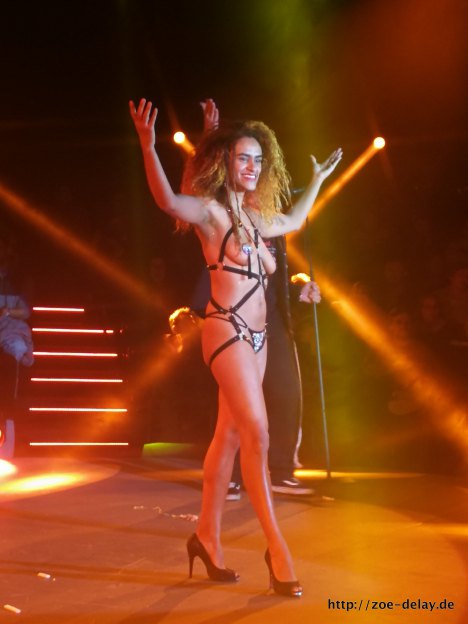