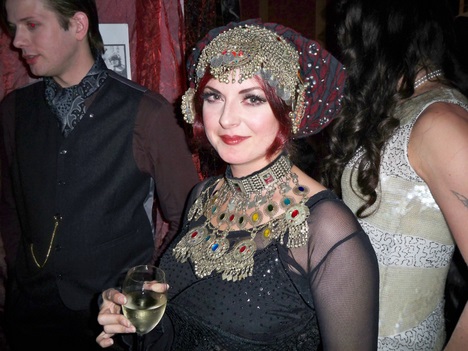 wann weiss man, that an event has arrived in the mainstream? If the organizer and one of the Confronciere smile from the front page of the magazine and advertise to savings for your event.

This is what happened in this month's issue, the Fräulein Else stainless steel and Coco shows, there for the Boeheme Sauvage, the best 20's party in Berlin and probably least of all Germany recruited. 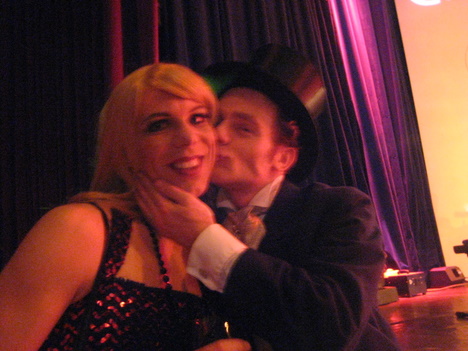 And yes: This bohemian Sauveage really had everything, what you can expect from their. It was in my opinion one of the best, around the Boheme Sauvage, I have experienced so far. This was also the backdrop. Else had chosen this time the magnificent winter garden palace, probably the best building for a '20s party in Berlin. 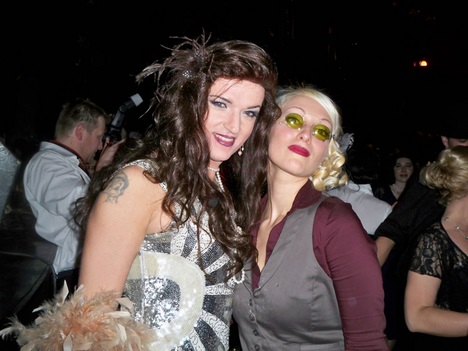 In this magnificent backdrop of red velvet, Wood with a starry sky on the ceiling should therefore be celebrated this time in the style of the 20s. – We already knew the conservatory each of the Crazy Paradise Partys but as far as I could see, were all impressed by the building. These were actually all persons, so which one of the various Boheme Sauvage knew there – okay bis auf Marcella.

I would say so, the following small movies simply shows everything, what makes this party from.

What you find here is not everything in these 5 Minutes, a trailer record, who loves his job, great swing music, an almost ecstatic dancing Audience in front of stage, a tap dancer on stage, a pinup dancing with her boyfriend and flashing stockings, two men dancing together and several individual dancers and a not quite dewy couple in evening clothes. If you look at this movies, must really love this party and who does not yet know, should definitely want to come again to Berlin. 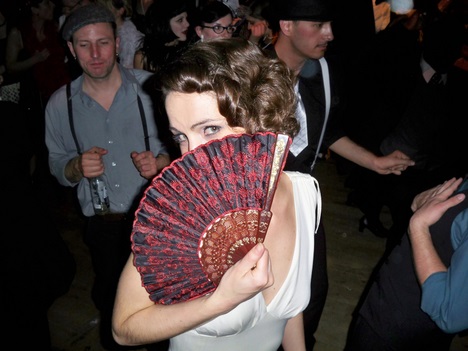 But of Vorneweg, when we entered into the melting pot, just played the Trio earwax, that we had already seen in Ballhaus Walzerlinksgestrickt. They played just solangen a little movies from the gallery, and to make us just to go on up to have a drink and a bite to eat. We retreated back to top, in the gambling den, Poker, Black, Jack and Roulette, this time there was anything, what the heart desired player – at least for the individuals, had enough money. We gave our money but rather for tangible from, Wine and potato pancakes. But the only free seats were in the private room, where we were entertained besides the mundigen potato pancakes with porn strip of the 20s… It has not changed much… Only the image quality has improved and there are now sound – which is not necessarily always better. 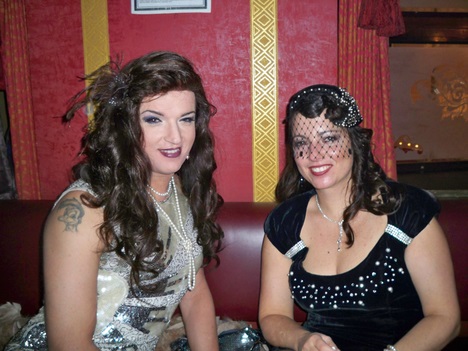 It continued after that with more music. Casanova Society dem Orchester, the enthusiastic beautiful medley sung with clear in grandiose title. Not just incredibly danceable, but audible to the development goosebumps. And we did not all have a suitcase in Berlin.

To have the show performances were not finished on stage but, we went to a magic show continues with a burlesque performance by Diamond & Nipple. Was in the announcement freak show was yesterday. Sooo freaky but I was not there. It was again the song Diamonds are a girl's best friend. But it was once again an exciting performance.

What can I say, it was a great Boheme Sauvage in the conservatory and I hope, Else that selects this great location more frequently for their '20s party, for there is in my opinion no better place for this. 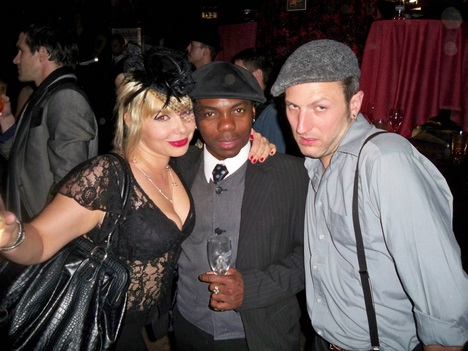