A very expensive battery for my Kodak digital camera 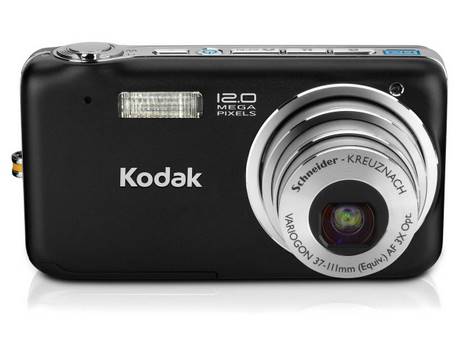 On the weekend we wanted to hamburg for Kylie Minogue Concert and I went a bit earlier, wanted since I still own an apartment in Hamburg and some do not. Among other things, I thought, probably for the eventful weekend with a second battery for my Digital Camera to buy, also to be on the safe, I've always enough juice for all photos.

So I went to the next media market in Hamburg, looking times, what cost the batteries for my Kodak V1233…

That was not so easy to find out. While media market had hanging around a thousand types of batteries there, However, no, the fit for my camera… Somewhat depressed I retreated from the store and took a 4 GB SD card with, because at least the space should not go to me…

4 GB? Pretty big… You'd better try on from, if your camera can handle it,

I thought to myself, and put the memory card in the camera. The lens came out, but the screen remained black…

Now no longer depressed but already slightly sour, I went back into the media market and found the seller to speech… And I had to find, that the card was not the problem, but the camera. The striae point out, that is either broken something inside the digital camera, or the camera was heat of 45-50 Exposed degree… Both, however, is unfortunately not covered under warranty.

You can send in the camera though, but the price would be so high, that it would not be worth. So I would have just 200 € thrown in the trash…. The slightly smaller camera but would only 145 Cost € and could almost same. Although no stereo and no 16:9 Screen but otherwise identical…. I suggested to. (because no camera was not the weekend.

Consequently, so I left the media market is actually a fully functional camera and two batteries, the fit, only it was the wrong camera and clearly the wrong price.

Oh, and I was no longer depressed or slightly acidic but slightly smelly except…

If there should be a world-tranny Day, as this would have a really important occasion. Perhaps the Stonewall Protests? Could take, but the sirnd somehow already occupied. No, there is something much more important for Trannies: I mean an invention, which has brought us all a lot. I mean the digital camera.

Even the shyest tranny can now take good pictures without problems. The Digital Camera allows. Previously you bought a movie, made 32 Photos and hoped, that was after development may be a good while. Today, you can make hundreds of photos, database to find a really good. It looks at them, removes almost all of the really good and copied to the computer. The other sees no. And even if you want to have real photo prints, must have no more fear of the people today, makes the deductions, because the machines are Fotofix, that perform the automated.

Fotofix
50 Years of experience, Competence and reliability in photo booth

Or so the advertising has promised me, standing on the Fotofixautomaten in my supermarket in fairly large letters. However, the truth is different.

Many times I passed on this camera and I always thought, I once even a few of my digital pictures with friends could make the eventual necessary Rumzeigen me. Mostly when I thought about it closer, this was just off camera but for some reason. Since this machine probably has the sense, to earn money, there is only one reason.
Lack of reliability.

When I was shopping Tuesday again, lit the screen actually times in blue colors. No, no blue screen but simply a sign of his readiness. Even Tuesday night I was looking times 31 Pictures, that look in my eyes even reasonably okay and they copied an SD disc, to let them print from the machine the next day.

It did everything very well, I saw the pictures on the screen, all elected and the right size, fed the Fotofix machines with 9,30 € uronen and let him complete his work.

Unfortunately, the machine must have some operating system, that little stable operation, because after 13 Pictures he crashed for no apparent reason simply from, rebooted and offered me, as it could not melt on cloudy, Print this ad photos of him but to… 9,30 through 13 yields about 71 cent for Photo. Also, I did not want to 13 Have images, but 31

Verklickert the Seller, Fotofix that you screwed up and they me 18 Images or 5,40 € uronen owes. But They wanted to know, what I would have done because… I showed it to her, chose my pictures.

As soon as she saw the pictures, it was terrible to her monosyllabic and noted, that it was her visibly uncomfortable. I do not mean, that their unpleasant, that the apparatus was scrap, but the unpleasant, having to view those photos on the screen and having to talk to me.
Hello! And, I'm. And und? Warüm do some people only have still a problem with trannies – especially since they were my real good photos. A shudder was inappropriate because genuine.

The boss was summoned by the way a lot Cooler, handed me 5,40 and left me in a second experiment, the 18 Take pictures. It worked then also. 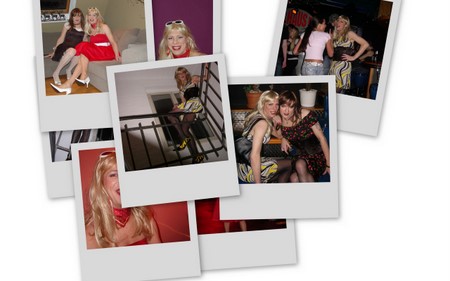 Why are you always so stubborn Company, but if it would go much easier.

Flashback:
Almost exactly two years ago, my cell phone contract ran out ungekündigter. I was glad, because of the expiring contract should indeed bring me a new phone. For weeks and months before I looked for some nice phones (including the Vorgänder the Sony Ericsson K750i ) from. Three phones I found interesting and I called the nice lady on the phone every three in a row.

And I learned, that although all three phones would be nice, but none of them would be for existing customers but new customers only free. But I could a sum X (very high) pay and would get it…

Sauer I opted for another, not so dolles, Nokia Handy. This was then stolen me, even a short time later. Na suuper. Since then I have to talk to one 4 Years old Siemens mobile phone without any bells and whistles like digital camera, Internet or anything else. It can make calls – at least, times when it is charged – which is rare, because the battery lasts barely more than a day.

No matter – I was upset two years ago, that new customers would be treated better than existing customers and announced early this time. The Mobilcom offer a new cell phone for a lot of money I hit intentionally and simply waited a little.

Today you called me – and suddenly it goes. The Sony Ericsson K750i will be in a few days, my own, because as a power blogger and of course I need a tranny party 2 Megapixel Kamera im Handy 🙂 Nun auch übrigens für nur einen Euro

Now everyone will say:

That there are now everywhere for one euro…

Clear but not for little phone users and even not existing customers for non-terminated.

From now on, further Powergebloggt and the digital camera is always there

By the way, the pictures are not very good, but quite passable, as one example, with Siobhan can see.

The Transgender party in Berlin was at the door, I was invited, I was a free place to sleep and even a place on the guest list advised. Party, still free to? I would not be me, if I would reject the.

I had many days after nerve finally able to convince Annabelle, come along and I even found three riders on the Carpool. So the whole thing should be no obstacle, and after my Reeperbahn stroll on Wednesday Berlin would now have to be prepared for us.

The bag was packed and everything was prepared to face 19:00 pick up right after work fix the occupants and possible break. A Berlin Trans-party so you would not have to wait. There was only one problem. My digital camera which broke. Did nothing more. Neither a peep nor image.

My thoughts were as follows:

With this digital camera it all started. When I bought it about two years ago, I saw, I look like shit. I bought wig, better clothes and started my makeup. The purchase of this camera was sort of the birth of Zoe.

Should this be an omen?

I should also herald the end of Zoe at the end of this camera? Is now all over?

But this idea was (of course) quickly rejected and dismissed as nonsense large. Instead, the idea took

So I asked Annabelle and two colleagues in your opinion, to digital cameras, and about what I would probably do so… My mind was whirling of focal length, Iso settings megapixel – Terms and some useful information and unnnützen more.

However, when I arrived at Saturn in the lunch break, I relied completely on consultants and went to Short time with a Pentax Optio 50L and 2 few batterys wieder in the Firm, or rather to my car, to try them equal.

Okay, the Problem, about 20 Minutes before the meeting 19:00 Made final, just purely to Saturn, Converted digital camera, and from the central station. (at least that was my plan)

Instead, it worked only up to the Part “just purely to Saturn”. The seller, however, insisted, try the camera…

Then he tried another digital camera and a second and a third with my card…. All of them did not run. So it was on a map, for perhaps 15 € instead of which I now have a camera for almost 10 times the price I bought. toll!!!

Oh, I needed a new card now, So caught camera, Map and packed off to Checkout. After all, I had only about. one minute the way to the central station… Arriving at the checkout I realized, with the statement that I:

This camera I bought lunch today, but was broken – Here is the Bon, I have this memory card but still pay…

should have no problems. – The cashier looked at as different and meant.

Cashier: How? You do not have ownership document?

I: Ownership document, nö, why? Here the Bon, paid lunch today, the seller knows me, That can not be that hard.??

Cashier: No, it's not as, because you need time to go to my colleagues back there and fix the.

I: Hi I am using this digital camera came in, because it was broken….

He: How? You do not have ownership document…?

Somehow I seemed as if I had a DéjaVu

I: No, but here Bon… blablabla

He: No, that is not so, I need to call my colleagues, so they play back the tape. They wait so long please

Finally after a long time finally came the redemptive call, I could actually go.

I then tried some more 5 Minutes, I was finally able to rid, to pick up with my great but actually completely absurd new digital camera my waiting passengers.

Now it has a good: I now have a functioning 5 Megapixel camera around the other working but slightly older 5 To photograph megapixel camera for Ebay Auction.