You have to go through it all – I said to myself and was immediately on fire, when I received an invitation to The Voice Finale on a business path 2015 by Pro 7 received. As an official invitation with a VIP wristband and an invitation to the after-show party. 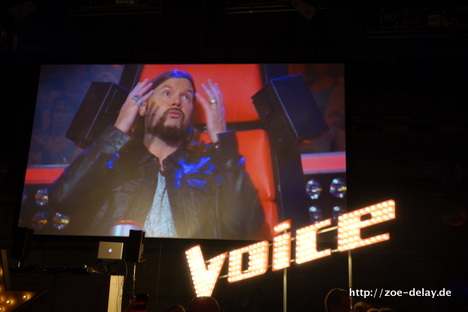 The invitations are worth gold – claimed my contact and I tend to believe that.

If you go to such an event, but then you also want to have fun yourself, I thought to myself and mentioned, that I could easily come off differently – just in drag – Sheila then asked and we agreed, to want to shine. 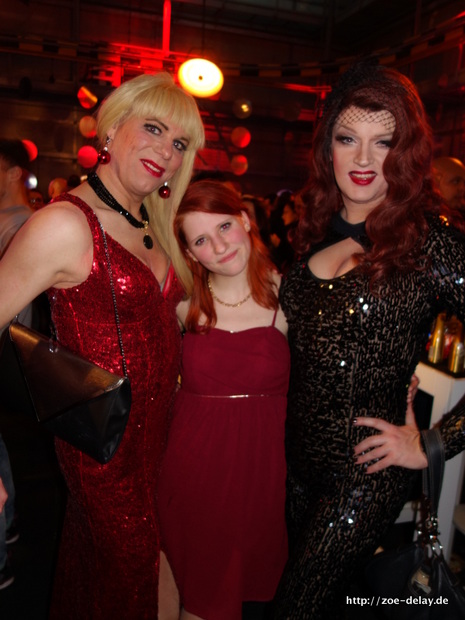 Especially for this I bought a great long sequin dress to not only shine but also shimmer. Already in the lead – that actually wouldn't have been necessary. Nevertheless, I have just visited my favorite tailoring shop and one more time – But I still need it today – Rapid change requested. Has worked again. 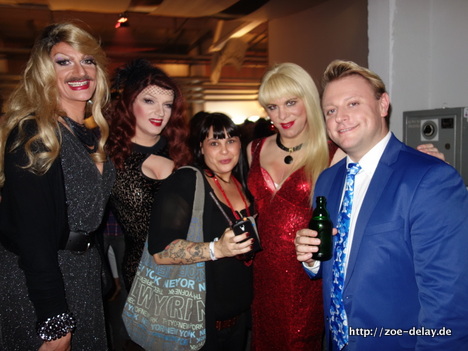 It was raining and it was cold on the way there, we walked a little in the wrong direction but then arrived at the VIP side and found out, what we are not allowed to take with us. Camera – clear, Phones – okay. Handbags – umm?

I don't know if Pro7 was scared, that my powder jar would disturb something via WiFi, Or that my lipstick was a camera in disguise… Handbags were definitely forbidden. Really devastating for an event in the warm studio that lasts many hours. Applying make-up or powdering nothing there! 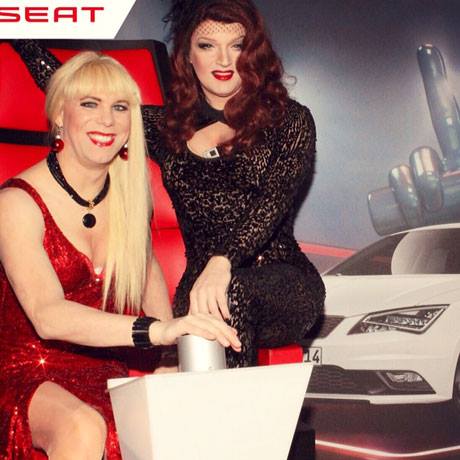 You can say about the show itself, exciting to have watched it, but it demystifies everything, when one sees, that actually nothing is unplanned there. every single word of the moderator is like this 1 to 1 on the teleprompter in front of him and even any “spontaneous” Actions are planned in this way, that the camera can pan there, so that at exactly this moment people jump onto the stage at another point and remodel it there, so at the end of this spontaneous action, the stage has already been rebuilt. Even spontaneous singing along with the audience was announced and rehearsed beforehand…

But The Voice is a machine, everything interlocks and is very well thought out. Be it the color worlds, depending on the need between white, Alternating red and blue or the light shows and effects that were just unbelievably good and left me amazed again and again. The whole thing was really not for epileptics. Bam! 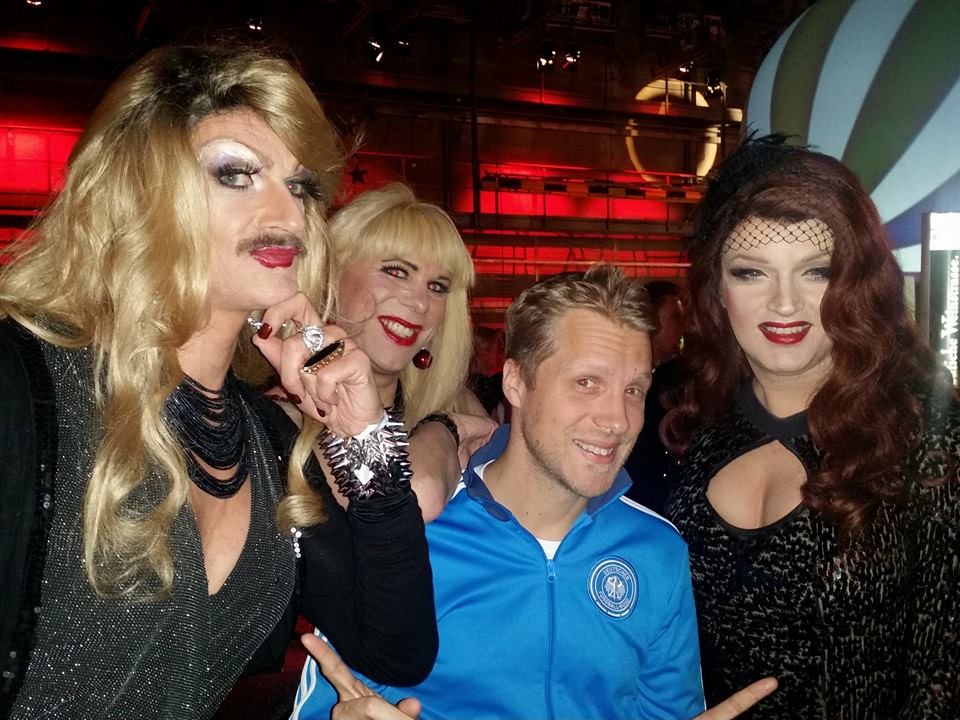 the only known person at the aftershow party: Gloria Viagra

My favorite won by a long way, Which I didn't really care about in the end, because in contrast to other casting shows, I don't watch, could really all sing here. As are the coaches, by the way, who, shielded by security, diligently signed autographs during all commercial breaks, but then skipped the aftershow party.

..Except for Stefanie von Silbermond, which, however, was not available for a photo. Not because of advanced star attitudes, however, but, because she meant, that she is not important that evening and that we should instead take a picture with her protégé… It wasn't actually that, what we wanted, but of course she's absolutely right and even without the picture it's really nice.

Then there wasn't a good picture of me all evening. What a shame about the dress, but that's the way it is sometimes.

So now it's through, the show with me at “The dresser” is gone and I've survived it. A few people, which were reported to have good, a few people, which did not find it good have not reported and the shoe rack is arrived bombastic.

I personally think it's great, because Stene has had really come up with something and the lights are wonderful in the dark. 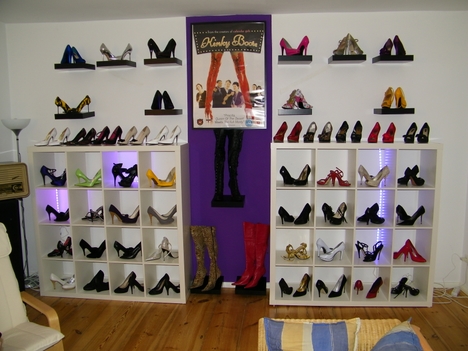 Also the clothes racks are much better than the gekrachte actually down a few minutes before the start of sending clothes rail. A large mirror although I had already, but now it is a much larger mirror:)… 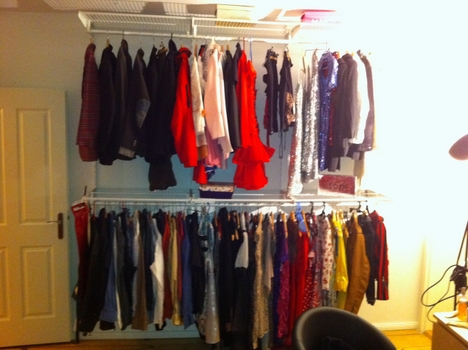 Although I am not a specialist IT and Janka is Sheila but that's nothing, because the falls anyway only those on, a) me and b) Sheila und Janka kennen. 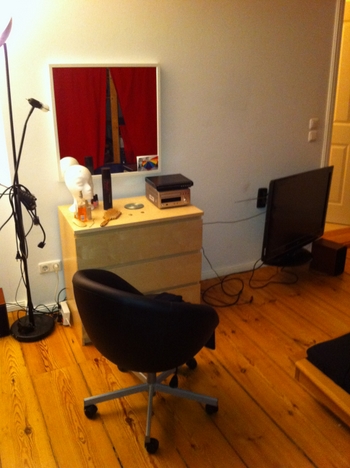 Actually, I've no prior, to publish it here, because I do not know really, what should I expect, but since I'm generally pretty scared Freed – some might say I Wish Freed, So here an announcement. 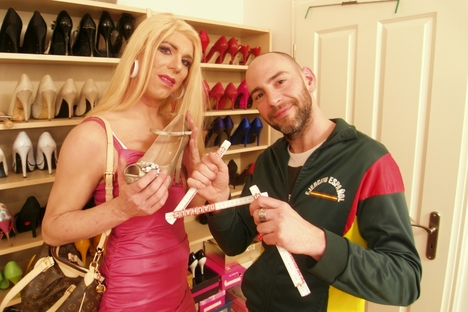 Tomorrow – So today – I'll most likely be seen at Vox, because there is a new episode of The dresser shown and one of the four people I will be there.

Looking into my apartment filed for “And” I was recently asked, if I would put myself and my apartment probably available – do you mean – whether something is set up. I looked at the bulb nights at the ceiling and said to. 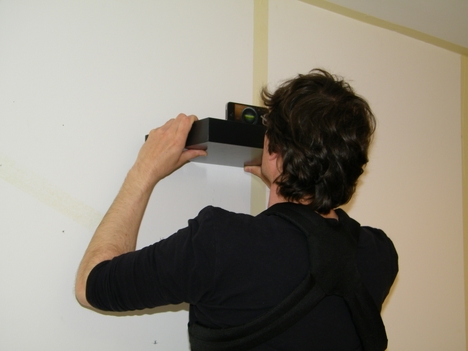 I would expect my skin for makeup three days in a row after three days and would curse the women's shoe manufacturer in the world in high heels, I had not considered at the time, as well as some other things, but we leave the.

Is fixed, I have gotten with Steven Schneider the coolest of the four setter, and he had some really great ideas. 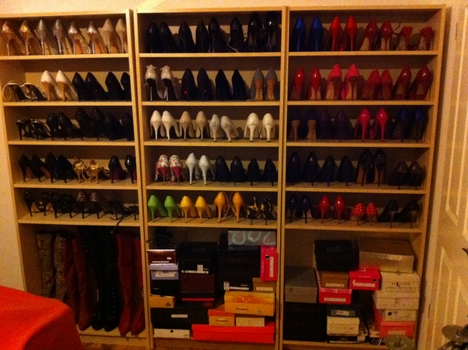 Also, who wants to see, Steven from what my old shoe cabinet (see above) conjured, I heeled over the cobblestones of the flea market on Wall Park and Janka and Sheila have what to do with the whole story, Just look at the once so pure from 14:00 with VOX… in the dresser. 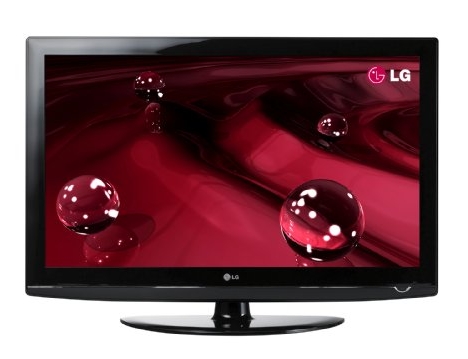