No fear of Punk
Or: Rampage made other 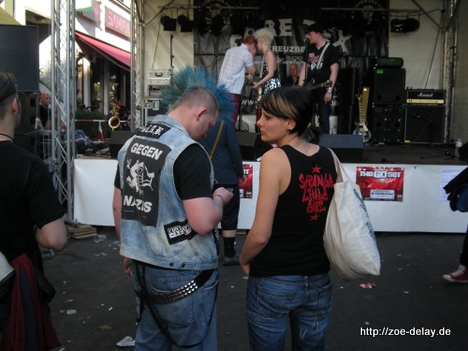 I had to read in Wednesday, I really wanted to look after the result of the Friday game of the Bundesliga. Spiegel Online wrote of worst riots in Kreuzberg and I have heard nothing of all this. Who was always aucgh, Punks, who had just gathered with me in front of the stage and the drinking devil Towerblocks heard – and there were a lot – had nothing to do with it. In general, it seemed to me the whole from other factors likely, But it elsewhere more.

So on the Trinkteufel stage played the tower block and the verse “Be proud to be Punk, be proud to be psycho or maybe a skinhead” I was able to write so absolutely. Okay okay, I am neither the one nor the other, and not the last, but I come from the musical corner with loud and dirty. or loud and melodic. Tower Blocks and offered the. It was interesting for me, it was super peaceful. Both guests and security were completely relaxed. Ein Punk, who was drunk was picked by several other of the fence and if he once was but he came across as more friendly way captured by security and wiieder brought before the barrier. Super Security. 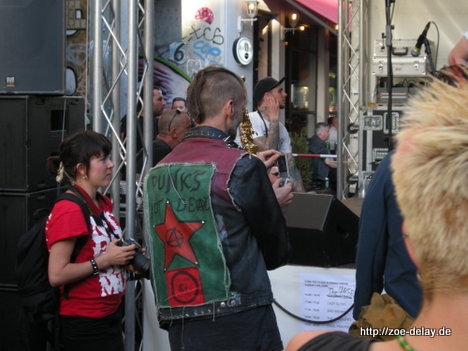 In general we can only congratulate the makers of Myfest. Great organization, abandoned but good enough and Security, and even paid Bottle Collectors, einsammelten the potential hurling.

What the music was concerned has won this year's Trinkteufel stage against the Coretex stage. Good indess and populated by masses of elaborate hairstyles and Mohawk Flats were both stages. And it has nothing on the printout “populated” done, was later than elsewhere rampage. The beautiful proverb “Since the punk goes from” not true, which went on and off the stage from. For example, even with The Headlines, whose Bassistig clearly got points for her hair, while in front kick these points rather went to the men on lead guitar. In any case, it was about and attitude to music, However, not to rampage. The meaning of Myfest was so absolutely on. 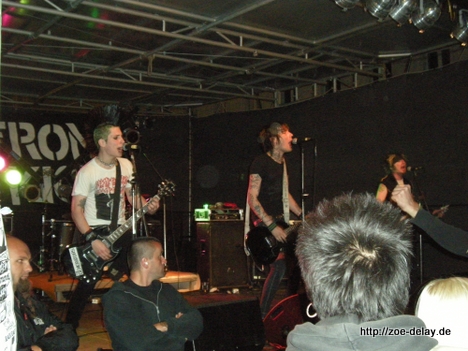 Subsequently, than most theaters had already been shut down, I danced at the Viva Con Aqua stage and no 30 Meters burned it then still. Adolescents with – as they say – Migration background burned on the street and cardboard cartons to. Clear, the burning well, but also burn pretty fast. Overall, however, the more it seemed to me to be kid stuff. Idiots and troublemakers without a political message. One would have them left and right to a rooms. The police, however, played it safe and gave a well-measured (probably plenty of metered) Charge from pepper spray, that unfortunately also uninvolved met before Viva Con Aqua Stage. Pretty much by the stuff.

Insagesamt I need the police but also make a huge praise, although it later or to. earlier hour in 30 schwergepanzert squads roamed through Myfest, they were somewhat loose and could not be of provocations from the rest bring. Only with the pepper language would not just have to be really. 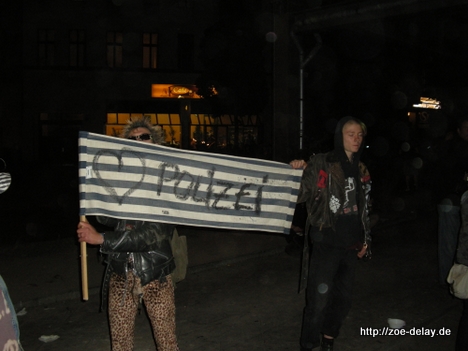 this love was one-sided