New Year's Eve is almost over and everyone has probably already pounded their resolutions into the trash can. I even have four this year, all of which are still valid. 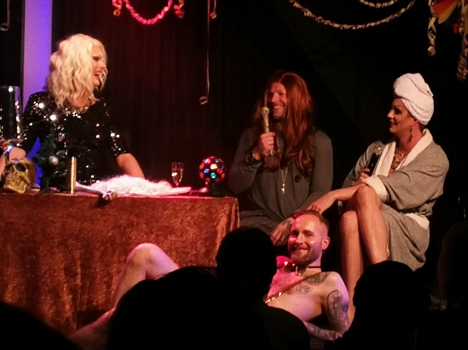 One is: to blog again. It will probably be the first to prove unsuccessful, just like 2017 and 2016 and…. for many years – unfortunately. 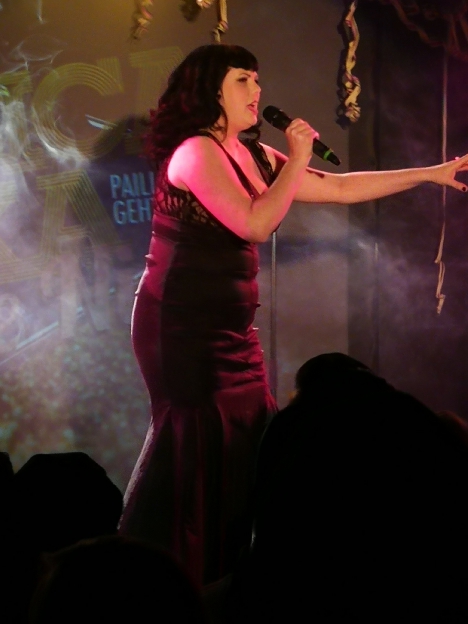 So be it, this is my attempt. And it's about Jurassic's parka, or their three years – Latenight-Show “Sequins always work”. This time Sheila was invited as one of the show acts, so I thought about it, if I should maybe watch the show….. But my desire wasn't that big, because somehow I didn't want to be alone and actually didn't really know, what I should actually expect at Jurassica's Late Night Show. 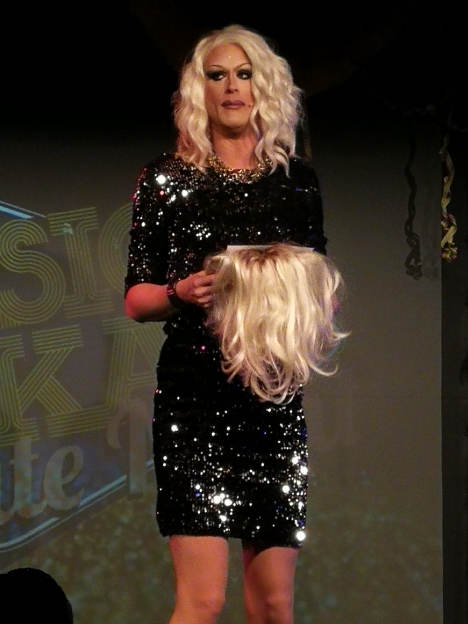 I live on the internet and social media is one of my main focuses, I have to admit though, that the oeuvre of the tranny and drag culture has left me completely uninterested. So I have never seen one of the many little Jurassica films and so far only knew them personally, but not on stage. 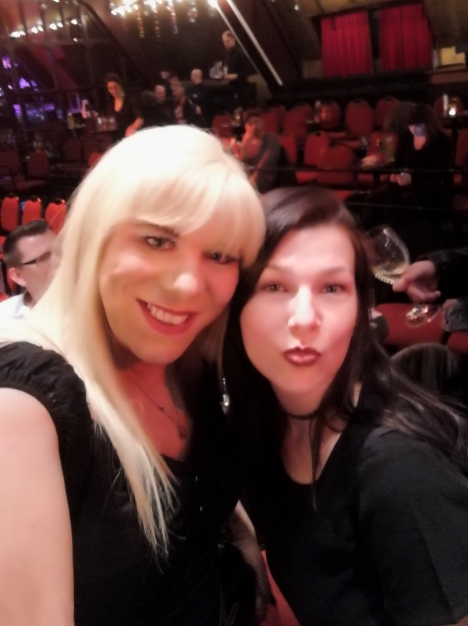 And I was not disappointed. In fact, I was pleasantly surprised, because it was a very entertaining event and Jurassica is really eloquent, Quick-witted and can make great grimaces 🙂 Especially when she tries with a clamp in her mouth, Terms to say, which one can hardly guess with her. 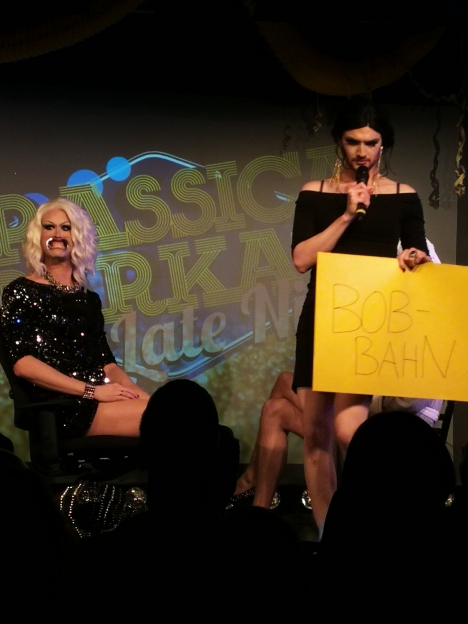 Do not know, how one should and could recognize Rharbarber Barbara from it, that must have been clearly faked 😉 But even if you could almost tell. Her Bob Bahn was clearly ambiguous and never undetectable. Although it didn't help much, that it got louder instead of clearer. Great fun, like the whole show. 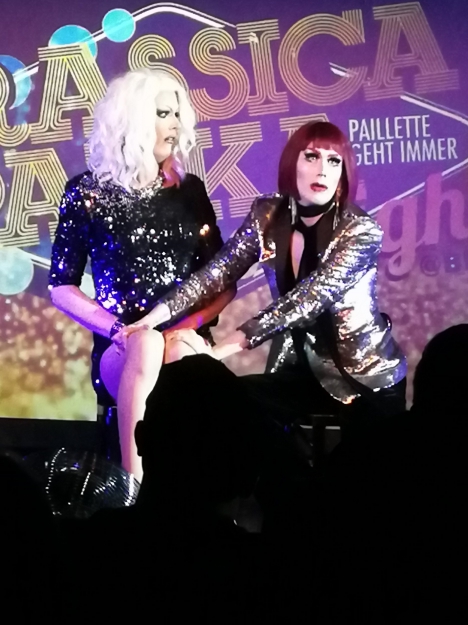 The funny star guest was the very heterosexual Mateo Jaschik from Culcha Candela, who made every fun and even put a second hair on his head in the second half. A cool guy, who also had a lot to tell. 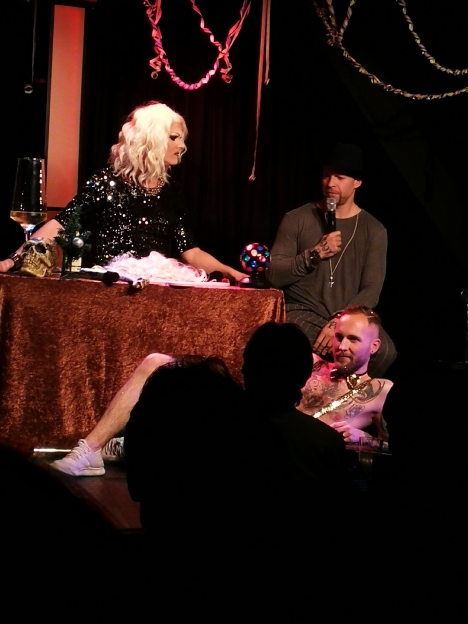 For example about Bushido & Dieter Bohlen in particular and about music and casting shows in general, Jade Pearl Baker and Ryan Stecken also had something to say about them, when they got their turn in the show program. 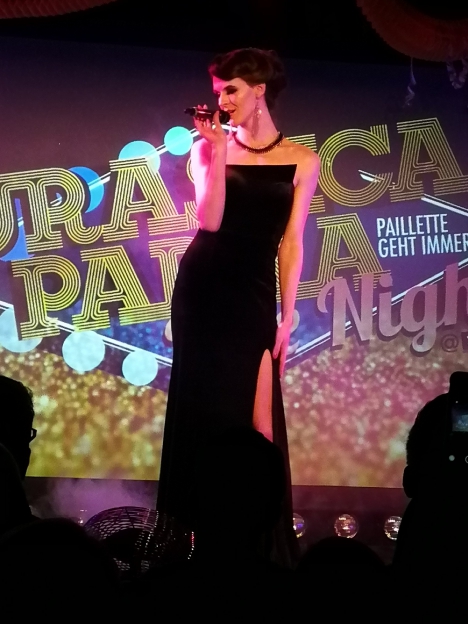 Jade Pearl Baker with The Voice this year and Ryan Stecken with various appearances on DSDS – and apparently appearances at something like that 50% from Jurassicas Latenight. So to speak, whenever there is no better show act to be found – as Jurassica says. 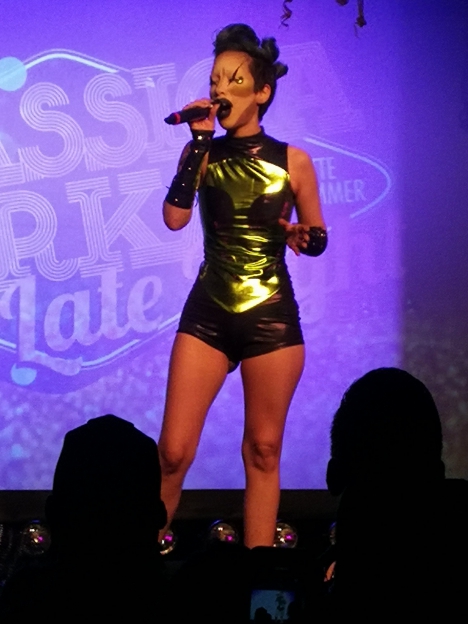 Well, I've seen Sheila's number one time or another. I'm looking forward to the new number. I'll also run into it. 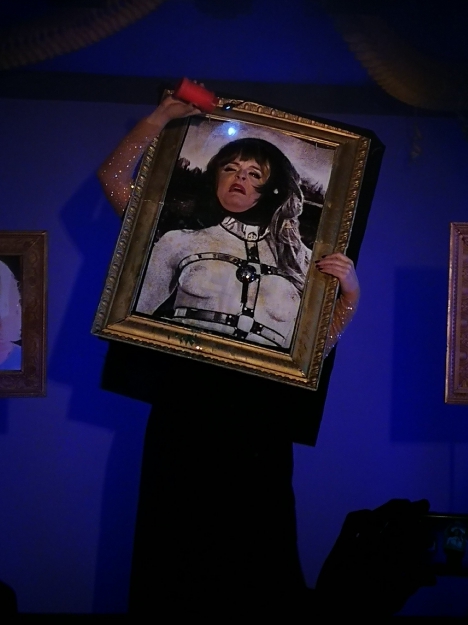 Fangirl Jacky and Weinhaus Jacky in one picture. 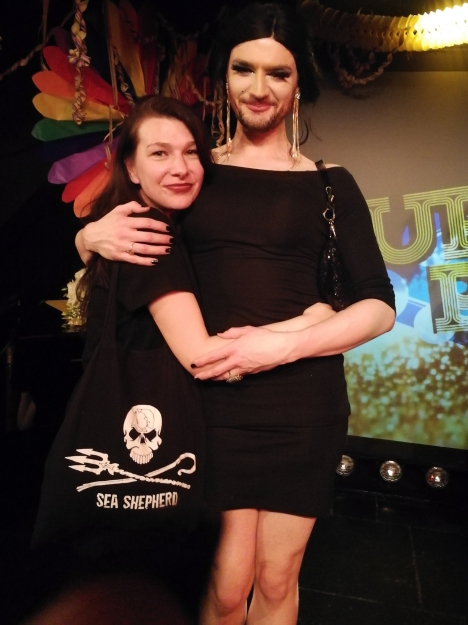 And when it is already there, Jade can also do two appearances. 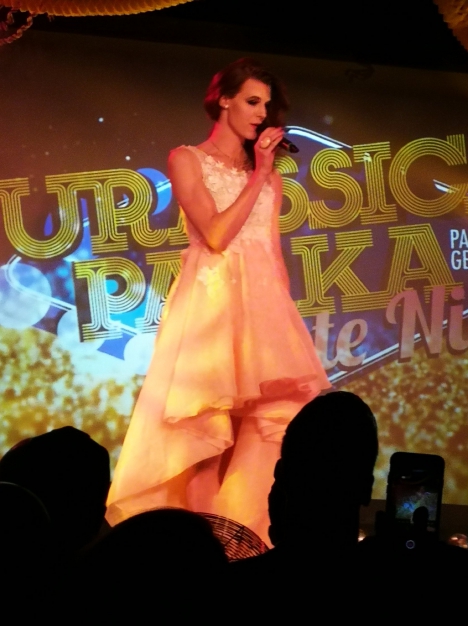 For me the highlight was the music comedy duo “Kaiser and Plain” the week ahead with their program “Love in times of so-so” in BKA in Berlin occur. After only two numbers I know say, that the two are absolutely worth it. Hin da, I'll check it out on Thursday. Virginia Plain, what a cool bogus meant in the most positive sense. 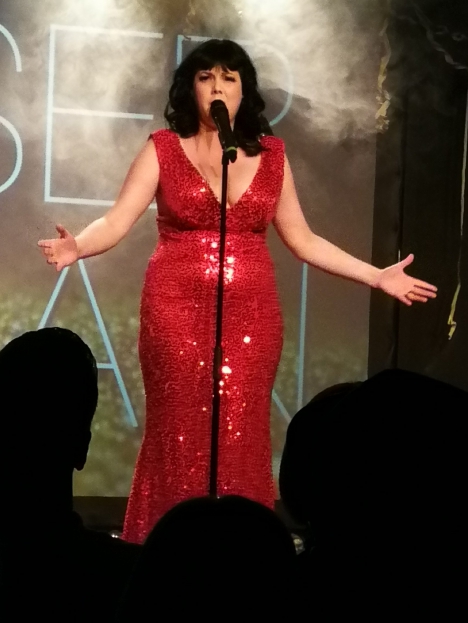 Should I wear my red sequin dress there?? After all, it is known in the BKA:

And when I'm already at the BKA and then around half-way 4 the line in front of Mustafa's vegetable kebab is barely there <= 10 People is, I have to try it out, what is so amazing about this kebab stand, that people queue up for hours.

Honestly: I don't have the slightest idea.

I couldn't see any particular difference to other of the better kebab shops in the capital, where I only have one or two people in line at most. You don't need that any more than curry 36 close miss.