with the best on a holiday on Tuesday is bank holiday on Monday. It allows, sending you to celebrate Sunday omitted – and in Berlin is excellent in the GMF Club.

I think I wrote once, it is the home of all Berlin Drags, However, after I Sheilas Experiences 've read at Kino International, I like the revision in

The GFE Club A native of Berlin drags.

Well, when viewed from Hamburg to Berlin scene, then such knowledge gaps creep up a. But this knowledge gap I shall be soon schliessen 🙂 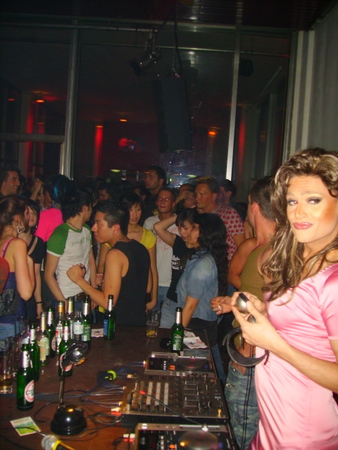 No matter, So we ended up in the GMF club and it was like the last time, just full of a lot just because of the bank holiday, with better mood. Tons of familiar faces found their way here, Janka Croft, Kitty Koks, Chrissy of berlin4fun and and and. Melli Magic worked the dancing crowd from their disco console and the crowd did as he commanded them: (So dancing). Ecstatic? No, but with a lot of mood!

Particularly thrilling war es, as next to Melli Magic still :Gloria Viagra: and :ADES Zabel: (both in civilian clothes) homed on the turntables and a Brahma Kumaris firecrackers after another played. There was something of Trash – and i like trash. 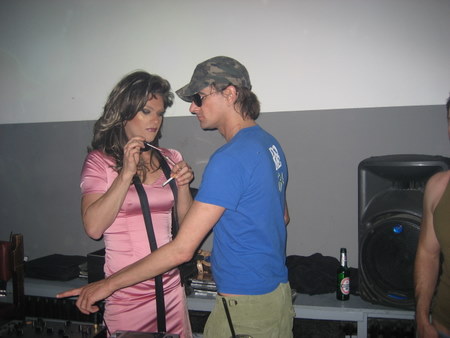 Even after the sentiment waned not from. It was still a unisex hairdressing show listed on the small stage. Viel Show, not really cut hair but a lot of good looking girls. Mehr davon bitte 🙂 Überhaupt ist mir an dem Abend ein ungewöhnlich hoher Anteil an tatsächlich weiblichen Gästen aufgefallen. 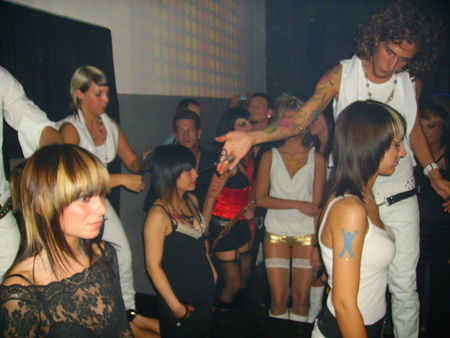 Most diverse Vodka Redbull and some hours of dancing in high heels, we left happy, satisfied, something bsoffen but the noise of a great weekend in the early morning sun GFE Club.

Next stop for me, then the next week aushäusige GMF Club in Hamburg on the Reeperbahn way back to Melli Magic (Barbie und Breakout) the important for me CD players. 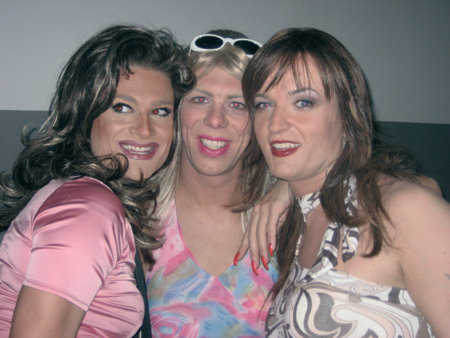 Two weeks ago in Berlin, I noticed a flyer in the GMF in Berlin in the hands, who testified, that the GFE Club this month and would be aushäusig that rocked the Reeperbahn in Hamburg / should be sonicated. Four DJs (Maringo, Zoe, Melli Magic and Barbie Breakout would be there and would also to 19:00 Berlin set off a shuttle GMF. 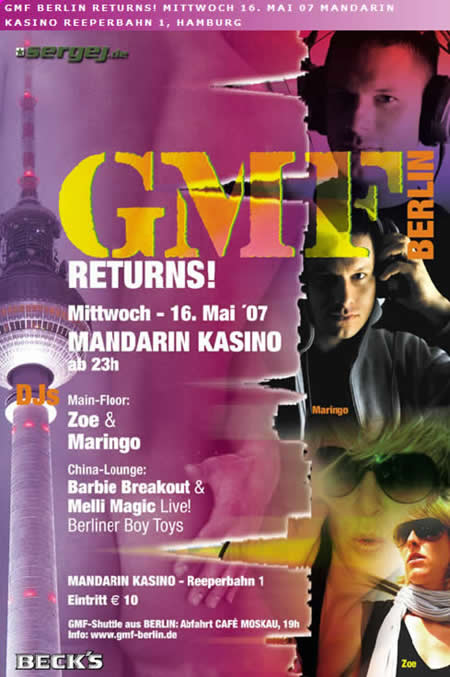 Relief, the fall of Berlin in Hamburg.

No, in earnest, for Hamburg is the class of course, because there is definitely a big party on the eve of the Assumption in Christy….. Ahhh, and, because where ever.

Great confusion, because is on the flyer, that all the Mandarin Kasino takes place and that there is the Main Floor. In addition, there is then, as for the GMF club lounge with Melli Magic and Barbie Breakout. The small problem is, that the main floor is about a kilometer away from the lounge.

A party in two clubs? I suspect a bug. Unfortunately, my request has not been on the GMF website no reply…. Can someone enlighten me once maybe?

Valery Pearls of the Night Extended

Quite a few people will have noticed, I almost more time to drive me around in Berlin than in Hamburg. This is mainly because, that there is hardly any proper parties in Hamburg.

There is a once a month and this is the Pearls Of The Night. Unfortunately, records the party of good :Valery Pearl: mainly by an extreme abundance of, which has become more extreme since winning the Golden Hinnerk as the best party in town.

Now Valery goes out and booked ne number greater. She draws from the Prinzenbar the large docks for a big party, the “Berlin Calling”

Eggs, there it is again, the B-word, if I'm exceptionally not just once in berlin rumtreibe, I just celebrate in Hamburg with Berlin DJ prominence.

:Superzandy: und DJ Maringo, normally the Berlin GMF-Club sound to be there to provide the right music.

This is as it were the vanguard, GMF before the club is aushäusig and Hamburg, Mandarin cinema and Barbie Breakout Melli Magic and the China Lounge will be rocked.

Come to Berlin Callin. The!
I'll be there.

Between Kumpelnest and Irrenhouse we inserted two stops, on the one Sheila (and to me) and finally a Caiplirinha me (and Sheila) finally brought in a hamburger TS. Well rested and waited for the birthday club Nina Irrenhouse to us.

Speaking of waiting; we arrived and were flabbergasted, rather than the typical 50 Meter long snake was time to see any line at the Irrenhouse… So this time we did not pass stöckeln Uirgendwie shame) but also no wait. (somehow not too bad).

Somehow it was different this time than the last times. It was less crowded and it was not as hot. Since both the last time but was almost unendurable, Transferred to mislead this House is not necessarily a disadvantage, because you could really move exceptionally…

And yet something was different… Because no one was waiting outside the door, need not pursue the divas this time their favorite activity – to be late. If hot, that the Trannyshow this point 2 Clock began…

Fortunately, we also gave two point our jackets on and already heard the first notes of the Muppet Show intro, the traditional start of the Trans Show.

Always wanted to hear again, always like to see and best comedy.

But was at least just as well this time Mateina. Nina as she announced with the words “yesterday had indeed Adolf Hitler's birthday and there is a person, Celebrating the still. Ah How Sweet Mateina” … was already bad to fear. The stage was of Mateina with black tangled hair, a Hitler mustache, a Freedom Party armband and an old wig boarded as Blondie and she performed great Walter Moers’ Adolf – I sitting in my Bonker. Very very horny. Is there really a better way, Right to show the extended middle finger than this song?
Why the hell has no one photographed. The video of the way, at this point you can Sheila Quote. I promised to take only the original version

…but this I can then use the next number. Melli Magic in bester Marilyn Monroe Manier performter sie “My Heart belongs to daddy“. Mateinas appearance was already very awesome Melli hit the bottom of the barrel. The white stole whirled around and raced the audience. …Who is Marilyn Monroe? And it's probably a reason why both “MM” have the initials?
[youtube]0k8DSmrua7c[/youtube]

Great! The applause was extremely high and now everything should still follow was unimportant. As Nina said, still.

There was another nice but not outstanding piece of Melli and Mataina together and (sorry but true) not a really important piece of Nina Queer herself. Your new album. ….I think Nina should instead focus on their other strengths and let the music business other superstars, take place there as well (suspected) can try unsuccessfully. little important piece of the. 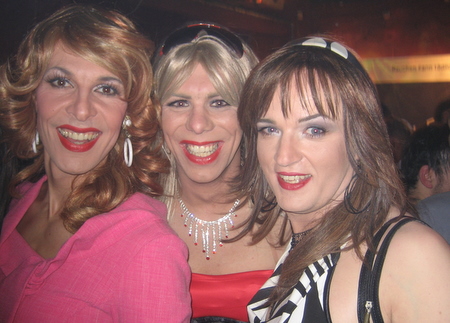 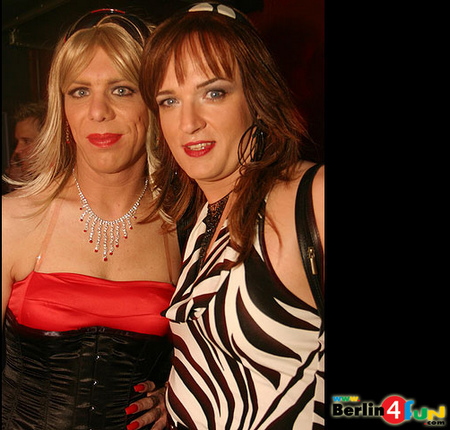 Zoe & Sheila…and in contrast to recent times have we actually done it this time in the Gallery at berlin4Fun. Constant dripping wears away the stone probably here. 🙂 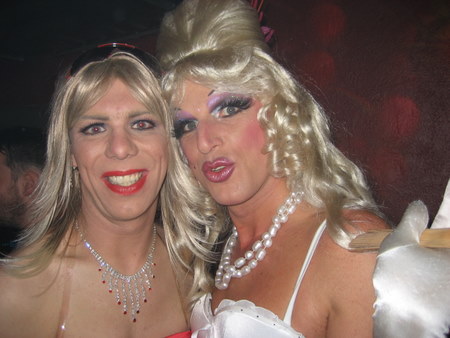 And I had the honor to turn down a party invitation again, I am unable to attend. Wednesdays to visit a party in Berlin is really a bit too much, if you live in Hamburg. Since the party can be as good as. I think that my employer would not really predict.

Maybe should, Get the berlin parties simply to Hamburg… But there is indeed just worked on it