So that a Dita von Teese now nearly opposite smiles everywhere, whether you're just any magazine holds in hands or turn on any television, because I am so accustomed.

That at Fredericks she has her own collection and Ars Vivendi is generally associated with their, well that is now taken for granted. That as seen yesterday, Makeup Artists is looking for their exams specifically for light complexion and black hair certainly no coincidence… The lady is quite a prominent. 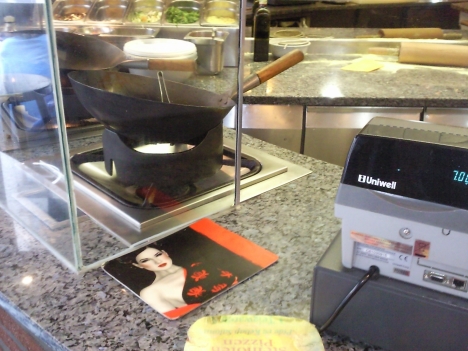 And yet there are still places, where you can not really expect to meet them.

When Syrians in the corner!. The Orange Street, there is a Syrian, makes the fast and good but delicious casseroles and pizzas. A small snack, where I always einkehre noon, if I have greater hunger.

Between wok and Checkout is now counting the money around a little Mousepad… Uh that's, I thought. And yes, was. Even the pizza in the Turkish-Syrian corner of berlin one meets now on Dita Von Teese. The white devil, like this mousepad has found there.

I am improving. It is not “very present” but “omnipresent” 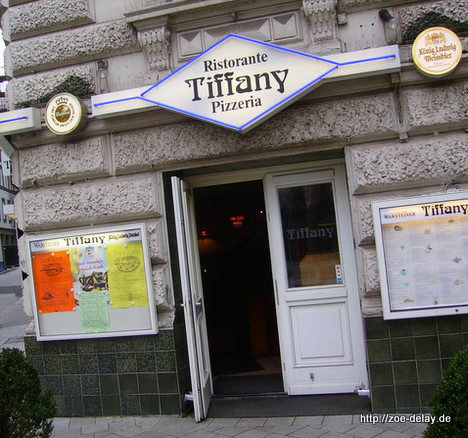 Solid Italian lunch with 6 Lunch Menus (Soup and food) to the ordinary price.

In summer you can sit outside and watch the hustle and bustle in the Collonaden.