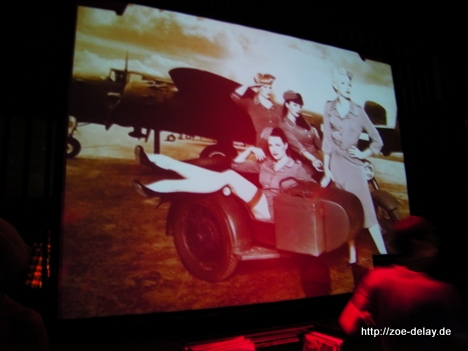 I was quite surprised the other day, I saw a flyer for the Spy Club in cookies on the front and some Mädes (unter Anderem Tara La Luna) posed in typical pony girl outfits.

Er a pony girl fashion show at Spy Club? That surprises me a little, the cookies to understand but very classy club, while pony girl by the niche is still a little Underground, the second the Spy Club is in fact generally open, Bob Young as a party but definitely still very Gaylastig – Pony girl on the other hand makes fashion for women… So what does a mostly gay clientele of the brand? 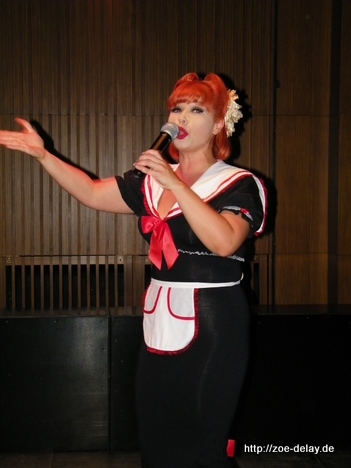 This question should not open up to me until the end, but that is not matter. Sheila, Janka and I are probably more or less the only real connections of the Spy Club and the scene, is the pony girls clothes, that'd probably also the reason, why the two of them appeared on the show with.

I, however, could entertain me a bit with the guests and drink a cocktail or other. (which by the way, this morning, er, afternoon should be felt when waking up). So be it, suddenly stood behind me Marcella, with two girlfriends at the bar 25 was dismissed and then something else were. Three nice looking girls to, two high heels, once short skirt.. What is one to make yet? …Do not know, maybe you need the last weekend, where the bar has any special references, they had not. Maybe you have to know someone, knows of someone, who knows at least someone. 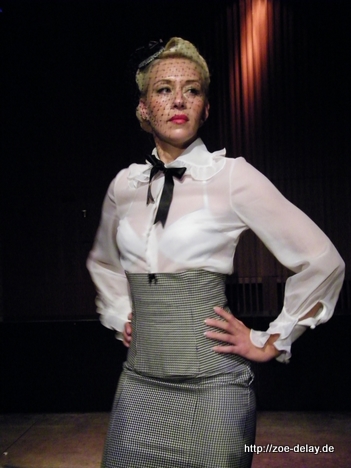 Well they ended up just then happened to be in cookies and Marcella was surprised, when she saw Sheila on stage. Since I should not be too far and yes, I was in front of the stage. They knew, what a party means that Bob Young, their girls were aware that only after some time. As I said. Gaylastig all. For girls not so exciting.

For the guys but rather the fashion show did not seem to be as exciting, because the euphoria – unless the parties in any way be held within limits but badly. Sad really, the girls gave it their best. I believe, the show would have been successful elsewhere. Na denn, while it was still nice and Janka and Sheila were already on the way to Boheme Sauvage, I klönte a little with Marcella over 20s parties, their plans, to move to Frankfurt, the desire of the local art scene for good parties and relationships over long distances… 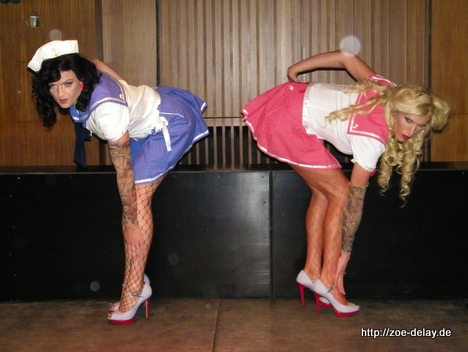 But I wanted to meet Boheme Sauvage and continued. 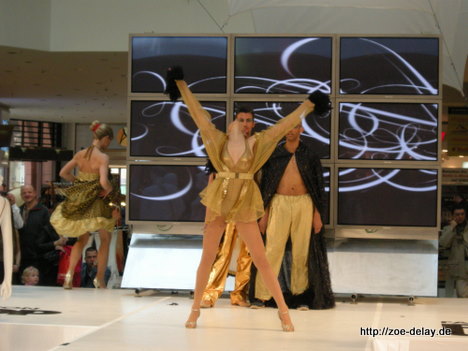 Throughout Berlin it was at the bus stops: Fashion is back: Fashion Pop up. Was meant to be fashion fashion show at Alexa, already went to the second round. Already in October I was there for example, Sammy's Fashion by Redcat 7 once seen on the catwalk and this time were re- 10 announced various designers and labels at all bus stops. “¾ Heidi Benz”“, “¾ pony girls”“,”¾ Lazo creativ”“, “¾ Frozen Hibiscus”“, “¾ Troubl & Desire”“, “¾UNIK-EL”“, “¾Undine Tornew”“, “¾ CROCUS- international”“, “¾ Bubblekid”"And “¾ Kuperni Kuss”"Should be on the stage this time.

I must confess, that it interested me most was the three labels, I already know. The great pinup girl fashion Pony, the retro look of Frozen Hibiscus and the somewhat wacky but some really exciting pieces of Lazo. But you can never be sure, what else do you find so exciting on the catwalk. 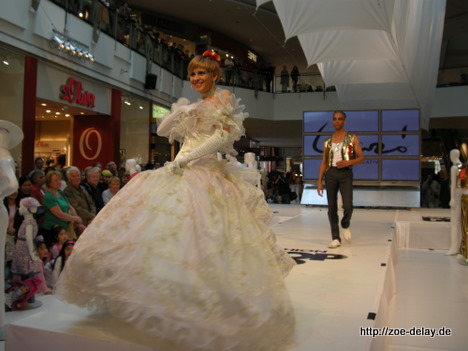 …Not much, just the pieces I thought was nice of Undine. Beautiful white summer fashion, but otherwise nothing really exciting. The remaining six designers I found rather arbitrarily. But the idea behind this show is indeed, together to provide a platform for different designers and different audiences will have different pieces like.

Some may also have nothing like, because the reactions of the visitors were more likely to behave – out of, if just was presented by small children Fashion Models. Then the audience woke up and mothers were very proud and quite jittery. In fact, you could see very well, which child belonged to which mother. But once the kids were back from the stage, Visitors immediately fell back into deep sleep. Philistines 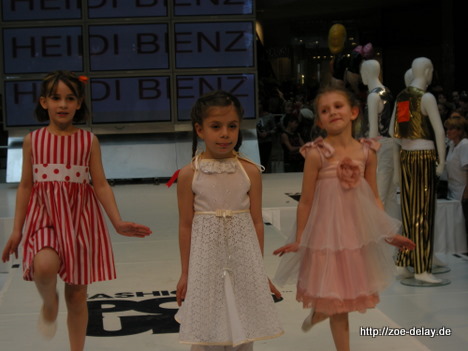 Here dei collections of pony girls were (I already know extensively) and Frozen Hibiscus and some pieces of Lazo really worth seeing. In particular, his dress was gorgeous. I would have taken at face.

Overall, I found the whole show but not really intoxicating. Last time I was much more excited, the exciting collections, The models and the make up better and more beautiful, the choreography somehow less “hampelnd”. 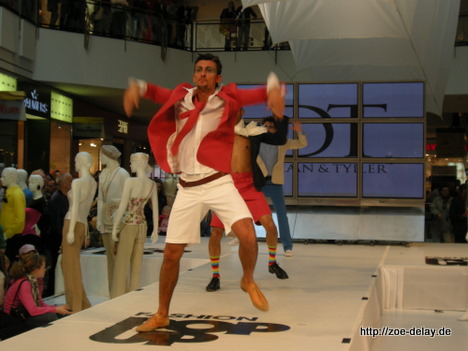 I thought that was really not at this time – and so I was not really alone. In addition, attentive visitors also fell to, that the stylist in the background would have something more must be careful. White Shoes for silver outfit while silver shoes to the white outfit. To an extravagant green make-up… hmmm borderline. This will be the most visitors hardly noticed, who slept yes. The label made the most of it, to present themselves. and they did well.

Damage, but I'm assured me, which is better the next time.

It is important in any case, Berlin designers and labels to provide a platform – even if the “common” Alexa visitors so little can begin.

The 50 year old Barbie fresh as ever on the catwalk. 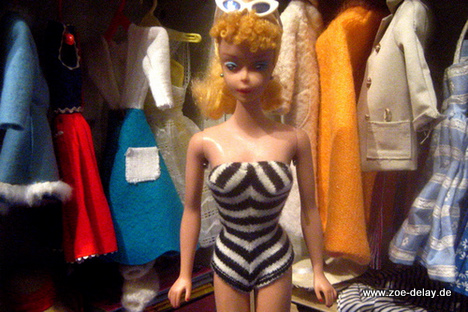 in cc by M.V. Jantzen

There are many reasons to be envious on Barbie. She has an incredible figure, she has longer legs than Janka – at least proportional, it has a lock, a horse, a Ferrari, and I still remember everything in her Barbie world. Barbie is incredibly successful, each(r) she knows, most of them love, she has a really well-stocked wardrobe and I read it, that they last in the 50 Years has been given over a billion shoes and everything Heels. As Imelda Marcos is to sleep safely.

This Barbie is ageless and today just as immaculate and incredibly beautiful, as before 50 Years. Who can claim to be something like. All this is Barbie and these days it is half a century old.

Such an anniversary to be celebrated and in their case with a large fashion show. These were now the New York Fashion Show, on 50 Topdesigner wie Tommy Hilfiger, Have dressed Vera Wang and Calvin Klein models in their Barbie look on the catwalk.

It began with the Urbabrie or better with the outfit of Urbarbie, a black and white swimsuit, makes even today to the great model. A great show and a great idea.

Oh by the way, the show starts after about 4 Minutes, View all bias and therefore not off. 🙂

After the incredible Underground Catwalk to Berlin Fashion Week Last summer it was clear, that we are also on the Fashion Rock Night Berlin would have to be present. The whole was again also in this case at a location, has broadly concerned with mobility, but instead in a subway, the Fashion Rock Night Berlin this time was in the sacred – and pretty cool – Settled halls of the auto tuner of West Coast Customs. 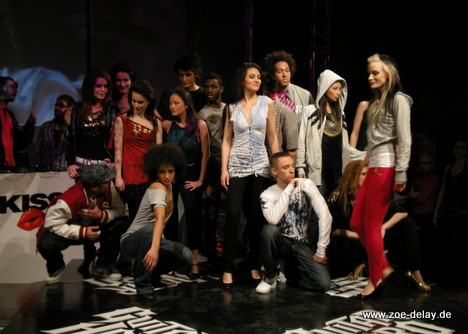 It was cold in Berlin. Bitter cold. Fortunately, secured us a press accreditation to the rapid onset, during, for example, Tara La Luna and her friend still had endured shivering before the guest list, and not so fix came in. They had my full sympathy. But we chose to go into something warmer firstonce, the great hall of West Coast Customs. 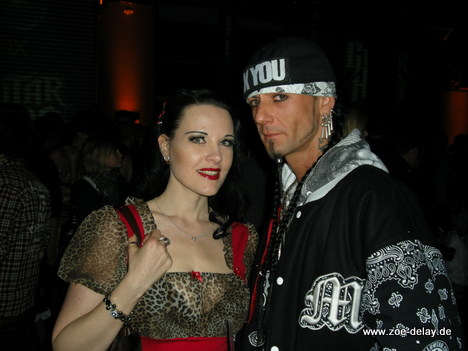 Well, actually we were press, but that did not stop her from the press present, to call us before the sponsors wall and how it is to photograph in detail. Hach I love these situations, where you have a uneingeschränkrten star status for a while. The Press Press photographed just because you have to tell anyone yes. No question: we were more than Star Press ! 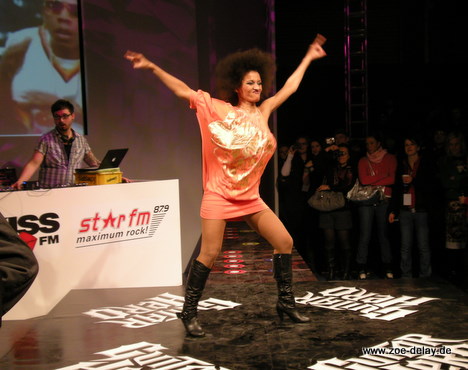 However, should a few other stars have been there: The Lindemann, Richard Z. Kruspe, Christoph Schneider (all Rammstein), Oliver Korittke, Max Buskohl, Jimi Blue & Wilson Gonzales Ochsenknecht, Martin Cutter, Big Dane (West Coast Customs), Johanna Klum, etc etc…. Let's see, Oliver Korittke I have seen, Max Buskohl and Martin Kesici, all others I have not seen again or not recognized. But that's nothing new for me. I tell anyone anyway, with which I am not yet at least 5 Minutes have entertained. 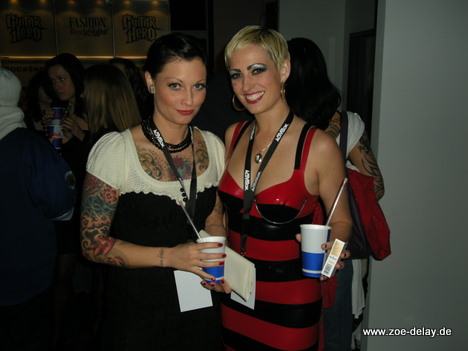 The show itself, I must say, that this time though with the labels from Jay-Z and Chester Bennington of Linkin Park, the bigger names were clearly shown, the fashion on the Underground Catwalk, however, was much more exciting. Junge Designer, the world still want to prove something tailored just more interesting than the men's fashion rock stars, just yet tailored for the more mainstream. If I alone of the Underground Catwalk Redcat 7 taken both immediately shown Costumes, I have just two pieces so pleased at this fashion show, I would buy it – because they would be affordable. But for the more boring fashion of the stars can not be accused of the event, but otherwise it was great presents from the Rockstar Models. At times, so much happening on stage, that you did not know, where to look.

Speaking Rockstar Models and equally apropos recognize anyone. Ein Rockstar Model, I did not recognize, I realized however that, was Nathalie, the sweet bunny from the CSD in Hamburg. In Hamburg she has made to anyone, nevertheless at once Rockstar Models to apply.. And obviously took Emma, which was in a beautiful pony girl outfit at the Fashion Rock Night Berlin in other, they great enough, take them. Top 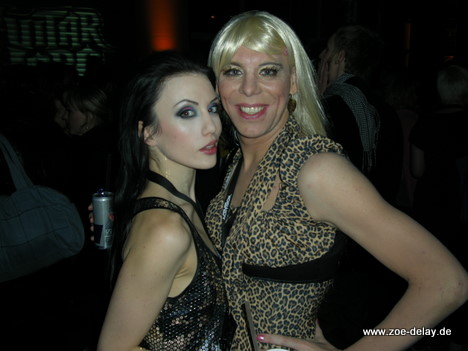 Nathalie & I in Jungbluth Fashion

Great, incidentally, were also two cars, who stood there. K.I.T.T. You know: a man and his car was parked around there. Black front with red lights. A dream. Since the Dodge or what the souped-up car was always beside heumstehen there could also be green and… Oh, that was so green… Otherwise, there was still a Blues Brothers police car around. Such cars simply have more style than top souped carts. Sometimes less is more. 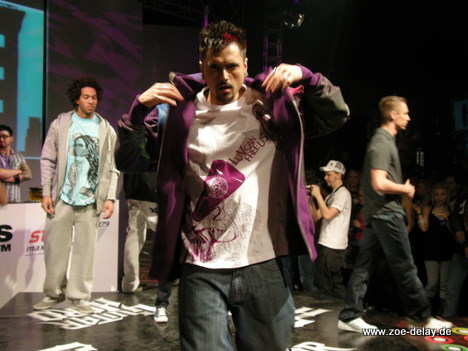 As with the Fashion Rock Night Berlin Catering. Of course there was something to eat. No salmon or Kaviarschnittchen really nice but ordinary hot dogs. Light.

So overall, what a great event, The fashion of Jay-Z and Chester Bennington was rather unimportant, the event itself was the star.. and K.I.T.T. und wir natürlich 😉 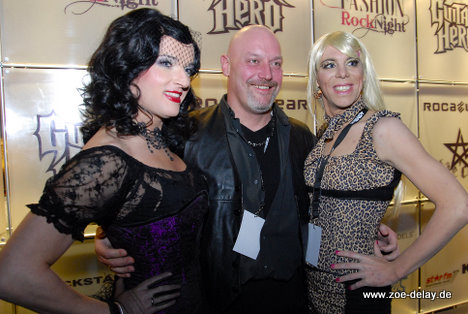 And as befits Stars soon as we started rar, because we were cool and we wanted to continue.