It's always nice, when you go out and discover or get to know wonderful new things there. In this case it was the great music comedy duo Kaiser & Plain, who joined me last weekend Jurassica Parkas 3 Annual show extremely enthusiastic with only two numbers. 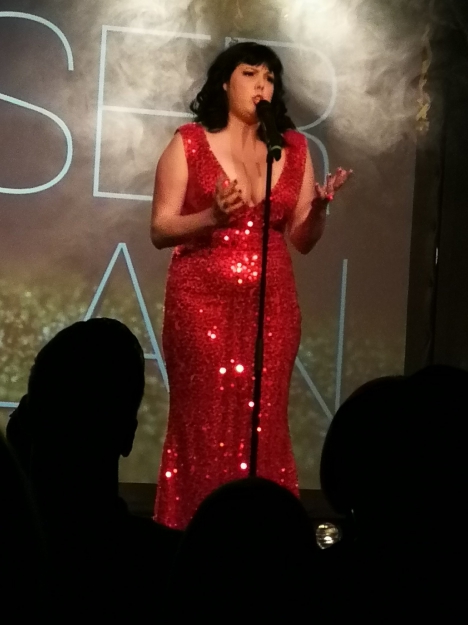 Completely unplanned but delighted at the later hour BKA Theater a guest list place for their complete program, that they lectured there these weeks, run up – so, strictly speaking, even one with one +1. Thanks for that, BKA.

Unfortunately, I was canceled in the afternoon and it was extremely difficult to find a new companion. Really draws the name Kaiser & Plain apparently not yet… I am quite, that a Facebook post: “Hey, I still have a spot on the guest list for U2, They are great, someone wants for free with” would have had significantly more and perhaps even more euphoric reactions than the one below. 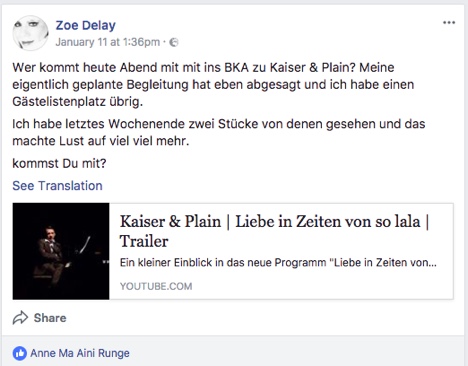 I will probably never be able to verify this thesis, because U2 play so rarely in the BKA. …Why not?

So be it, Nobody could or wanted to come with or was not already scheduled for other purposes …. or still in Portugal., like Elena. She said, from Portugal it is a little close 20:00 – at break she might make it 😉

Of course it was quark, but a pity for her and for me and for Mrs. Plain, because Elena would surely have a native Portuguese from there (aren't they called somehow different) can bring.

However, I actually had to go to the BKA completely unaccompanied and I have to tell her, she missed a lot – as you all the rest of the world, that you weren't there.

Before I say anything about the evening, I have to apologize – for the lousy photos. There are always good photos, when I'm bored and have a lot of time, Playing around with my camera to take good photos. However, I had to listen and at most I held my camera up for a short snapshot – Then nothing came of it.

There's not that much to say about the content either:

Mrs. Plain seeks great love – Not only – because mom is annoying – but also because it is much nicer for two. To do this, she dates herself online through the elite partners and parships of this nation and looks for her Adam as Eva, then through “Relief” from Mr. Kaiser appears on your mobile phone display…. And since otherwise all good men are married, Gay or dead, she gets involved with him…. Or she sends him to sea and to hell?

The audience will find out in the end. Until then, there will be all sorts of opportunities, Singing songs. 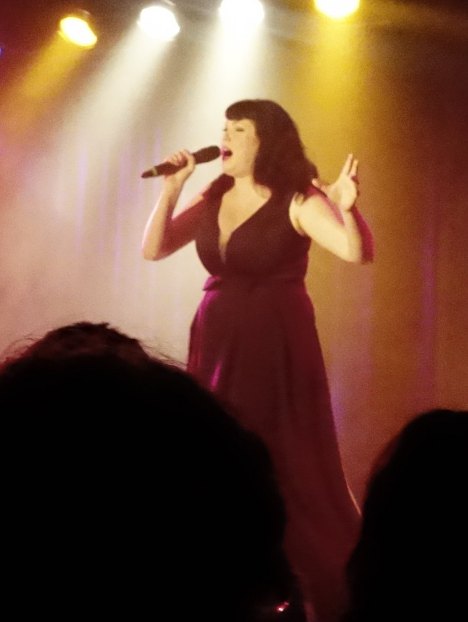 Stupid by the way, that I can't sing myself, because I also know this problem and would have some opportunity and reason to sing about this difficult topic…

Married, Gay and dead… Hahaha. I would rather than “Forgive, Lesbian, To” call.

Although I don't actually know a lesbian at the moment, that would interest me more closely… … and dead? Not really either – although Audrey Hepburn, I would think about it, but that applies – at least twice at the age of interest to me anyway: than (meanwhile) dead AND (back then) married. Damn it was sewn up. To make matters worse, that Diana forbade me anyway, to fall in love with television actors.

From the one woman in my extended-extended circle of friends, who possesses a natural Audrey Hepburn aura and beauty, Strangely enough, I don't even know all that. 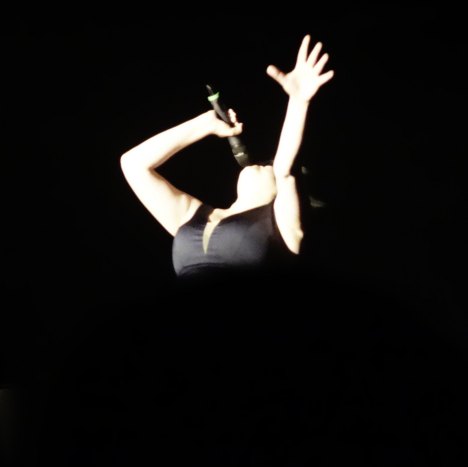 To? …it is pretty sure not.
Lesbian? I do not think so, but who knows exactly nowadays?
Forgive? No plan, but everything else would surprise me extremely. Such women must be forgiven, or at least swarmed with moths around their light.

Elitepartners and Parships would at least almost certainly not need them.

No matter, I am obviously digressing again, let's get back to Mr. Kaiser and the lady with the Bettie Page pony – Incidentally, they are also double: is considered dead AND married – also die Bettie Mae Page, not the Virginia Plain. Of the second, I only know the first.

So back to Kaiser again & Plain…

… But stop, I just remember something, that I only have one half of the two to talk about:

Mr Kaiser,  we have quite a bit to clarify. 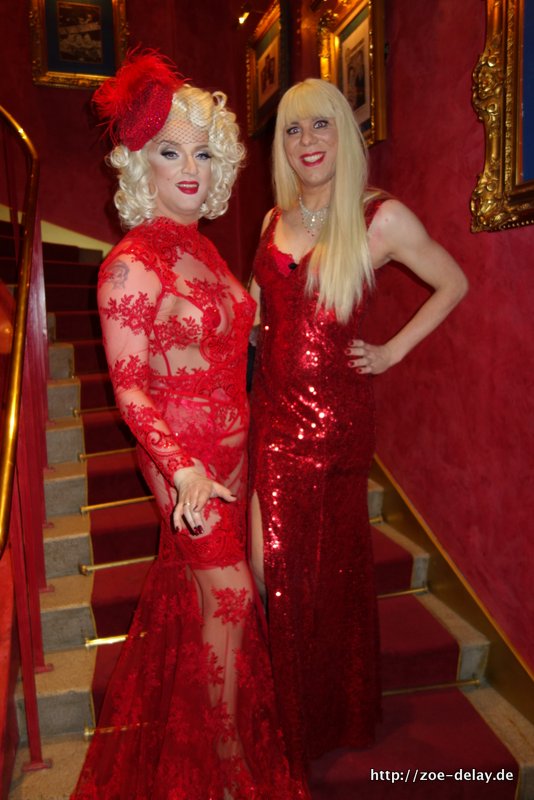 Mr Kaiser- I can't approve of it, that because of the long, Red quite offensively cut sequin evening dress meant to Ms. Plain, that would look like, as a “burst red pouf sofa“. In my opinion there is absolutely nothing wrong with the dress. …why I hold this view? Well you may find out for yourself looking at the above picture.

Clearly not my favorite picture, but necessary for evidence. Just to be safe, I'm the one on the right in that – yes exactly red sequin evening dress – of course I admit, that the dress of Ms. Plain and mine are different because of slightly different body lengths and proportions, Use different amounts of sequin fabric in different places. The dress remains basically the same….

You know that… I mean the dress

Also, Mr Kaiser, so from red ottoman to red ottoman, we need clarification 😉 , What was that again? Dare, to repeat that?  And before they say yes! reply, I point it out, that I'm a lot taller than them.

I am tall, I'm blonde, and at least not fat. Helene Fischer is kidding me.

Good, since we have now clarified that, back to the topic….

And that's not Helene Fischer, but Kaiser and Plain, who at most just put short borrowings from her in a song.

How fortunate, because this McDonalds and BILD Schlager music genre (nobody admits, hearing it and yet it is unlikely to be successful) has never been mine. My heart can't take it.

Btw. My heart… There wasn't even a hit song with that exact title? What was the name of the interpreter?. Müller, Schulze, Schmidt… Somehow a very German name. But it wasn't that successful, like Helene.

Ok, noticed it myself, I'm just digressing again. Back to the evening at the BKA and the music wasn't Schlageresk or even Fischeresk. 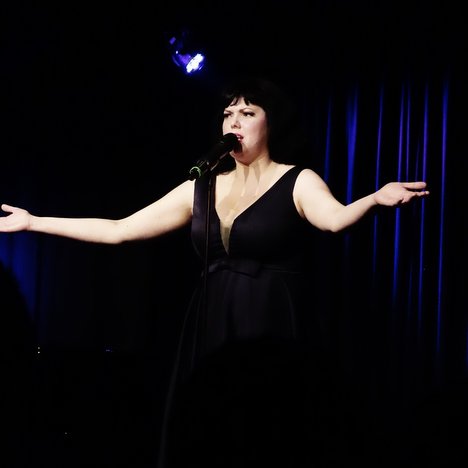 But small bonds are fine, if provided with great texts… And the stories that the two of them have to tell in their songs and tales around them are great, beautiful, funny, often angry, sometimes bold but always performed by both of them with great amiability in music and facial expressions.

Please give an example?

Here, for example, I have no idea, how to hold that skeptical look without laughing. Watt ne coole Type. I can't.

Allow me to make one final objection. The elevator to the BKA by no means only takes 48 Seconds. It feels like an hour and a half….

And to finally end it all: I have to say to all readers: really nice, this

…small “Word above, I “for reasons” now don't repeat, but that allows me, without Ms. Plain noticing, sometimes asking questions and confessing things. With the above word, I may not sink into the ground with shame and shame, if someday I should run into her somewhere.

What this word is about? Now you can also find out about that in the program

But now to my question:

Gentlemen in the audience – or the ladies if desired… If the Herr Kaiser thinks, you would have seen everything and asked for a hand signal, who is still interested…. What has happened there? No hand sign! – not a single one – and I looked closely. How can it be? I think the lady is a bomb beyond all measure.

She's a lobster, how she moves in the outfit, Hummer! Unique. Incredible. Hummer. And she knows, that she's over the top lobster. 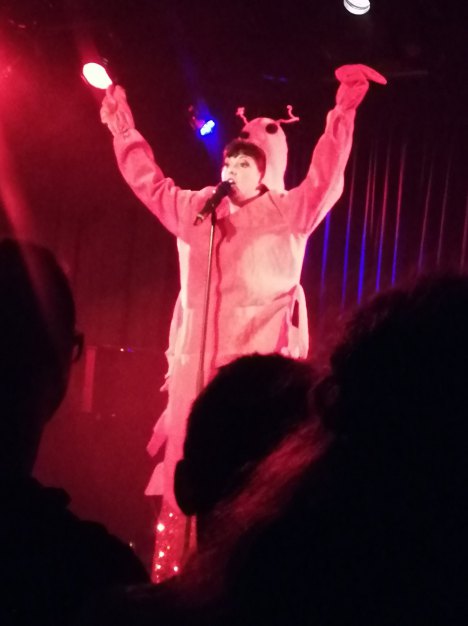 So in any case, I was in love for a moment – at least so all 11 Minutes – and I really don't need a twitter to drink it nicely. Of course, it always makes sense, Take a bottle of pure vodka with you. The thing about attractiveness has to fit both sides.

So gentlemen. No hand sign? not one?? Really??? How so????
Think about the vodka and get in touch next time.

But probably also ruined the dramaturgy, if an Adam had already shown up halfway and she hadn't been able to choose her own. Woman probably doesn't want to sit on any lap either. 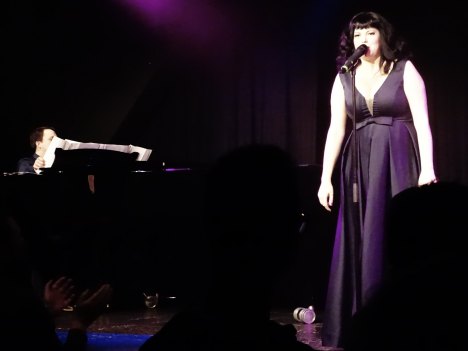 Nevertheless: should I get them in someday? Berlin on any stage watch – and I'm actually sure of that, because how to. has already noticed, I liked it – Maybe I'll just give it a try and raise my hand. Just to take a look, how to get out of the number ;).

…small music carbaret program lasting about two hours, that I really recommend to everyone.

So if you see Kaiser and Plain on a program notice, then go there. 🙂 And if you want to start small first, Maybe first at your late night show, which is about to start – Stop by One Night Stand.

Despite all the adulation, my green coat remains mine and the stored bankruptcy assets of my former company only have it in XS and the size“Big top” but is clearly too petite for the woman Plain. 😉 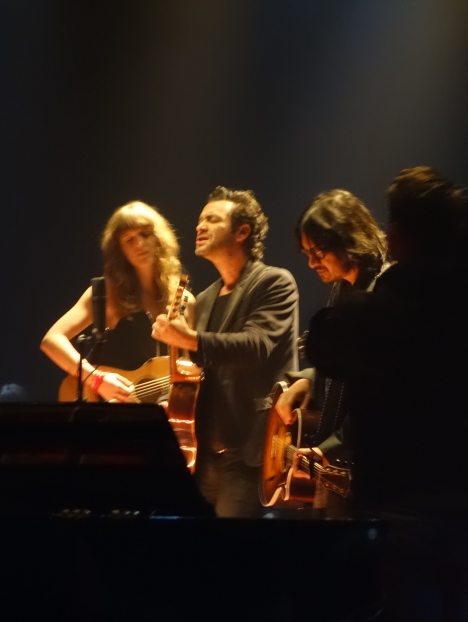