As part of the Pro7 “Queen Of Drags” course jump the other station a little on the horse. He knows z.B. and the NDR with a report on Olivia Jones, the actual Queen Of Drags in Germany.

A beautiful – not so small – Documentary about Olivia with all their greatest hits. Your great Extra3 report on the NPD congress, their Application for Mayor The Hamburg election, the Dschunglecamp, CSD appearances, Their first appearances in the Schmidt Theater and and and.

And honestly, who wins ever this season of Queen Of Drags. The status of a Olivia Jones still is quite long way. And I hope, that the winner, at least once political will and an example to Olivia functions not only as pretty painted face.

igentlich I was with friends in Hamburg with raclette and high- and celebrate low proof alcohol, but in the short term but a trip to the Port of Hamburg was from, because if somewhere in Hamburg is correct fireworks, then there. 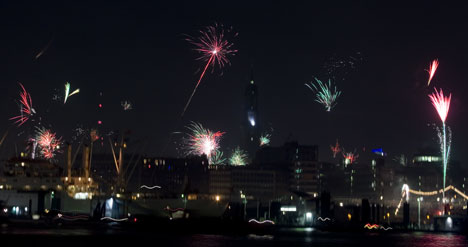 Actually, my neighbor wanted Olli in Hamburg there to take pictures back and I joined him to look at. Zoe was this New Year's Eve in closet, what was better, because even with two jackets, it was bitterly cold at the port. 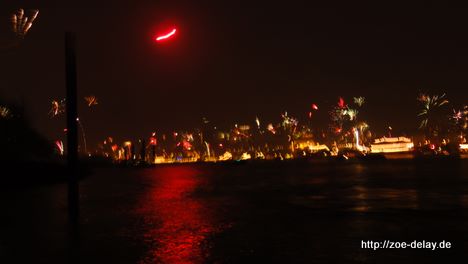 Because it would be fully, Olli wanted to be just three hours earlier on the other side of the Elbe, occupy the space right camera and set up the camera. For me, that meant, come, mark, that it is ilvester bitterly cold at the port of Hamburg, and to quickly get back into my car with the New Year's Eve radio program and the heating at the highest level. After all, that was very close to the early date. 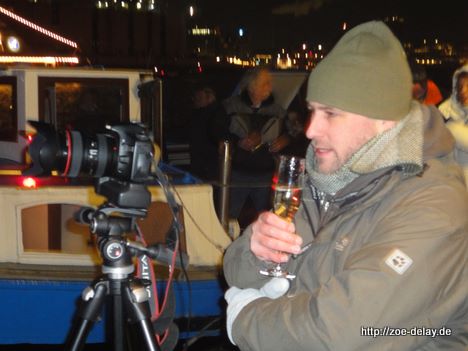 Although not as close as the NDR, with the OB truck, several wireless cameras and a 30 Meter trucks times with very different photographic equipment such as Olli at the start was… Eggs, Professionals and amateurs 😉 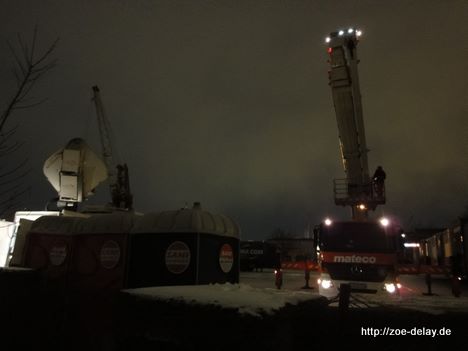 Nevertheless, to see the scenery of the harbor and the fireworks over the city of dortaus, to the ships on the Elbe and their fog horns were already very impressive.

Surprisingly, I have 31 Years lived in Hamburg and never seen the fireworks on New Years Eve on the harbor…. But I will also cold again now, just thinking about it and writing about it… Or is the so, I have just returned from Hamburg to Berlin and my apartment just is still cold??? Could also be. 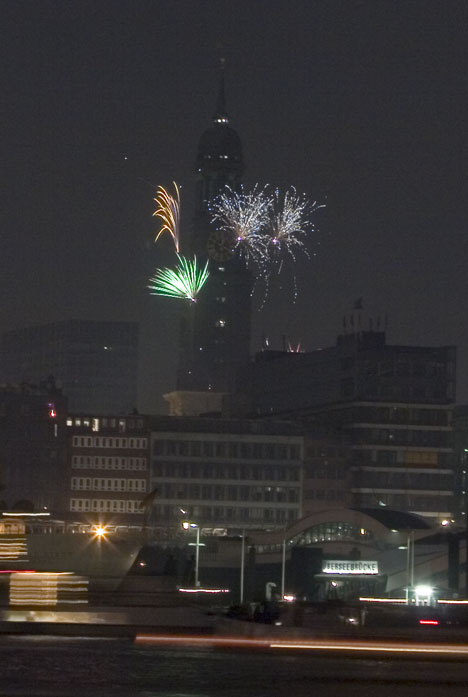 I went back there and 2010 can now really begin

I'm a big fan of Ina Müller, I wrote already, I postetet the song De Wind vun Hamburch. Now the great lady with equally great voice for quite some time own late night show, consisting of a small local, haddock items in the Hamburg harbor is broadcast and unfortunately never came out on television limits the NDR.

Completely unfairly, Inas Surround ist denn hollow, maybe even a little subversive, because the way, as she talks with her guests talk is entirely another, than one is used to from other talk shows a la Beckmann and Kerner. However, while their Schnodderschnauze can not be mad, refuse let alone something. Even not a visit to “Inas Surround”. Thus then also come great guests, that are as quick-witted as possible, as herself. Thomas Herrmanns, Jürgen von der Lippe, Mirja Boes oder Hugo Egon Balder. Just really interesting, quick-witted conversation partner

But just as interesting are the music acts, Ina invites, mostly German acts, who play there and unplugged the really really good. Since I am just stumbled across some of these songs on Youtube and especially the first two would withhold neimandem, I just had to write this post, because there are also quite one or the other artists, I particularly like. Selig, Mia, Clueso and and and. Who stands on a little German music, may listen because once, it is worth Sicha € |.

Dita Von Teese stripping for Germany for the Grand Prix

No, No April Fools, Germany goes to the Grand Prix at this year's sharp guns on. After Germany or the NDR yes, this year has considered, has to send well-known artists to the Grand Prix and therefore equal themselves once decided, the voting mass to steal the qualifying round and instead prefer to know itself, what is good for Germany, I was completely convinced, that can only go in your pants. Alex Christensen I really have expected no victory…

The NDR obviously not, and so it was decided, pimp the German contribution a little, fiery and make sharper.

Drum stripping next to the two singers have someone a little burlesque and not just anyone, but actually Dita Von Teese. Whether this makes the post better, I venture to doubt, However, I'm sure, that it brings more viewers than a contest, we do not always win with artists, we have not always chosen. Let's see if there is a Dita Von Teese effect.

In, I let myself be surprised