Pearls Of The night Extended 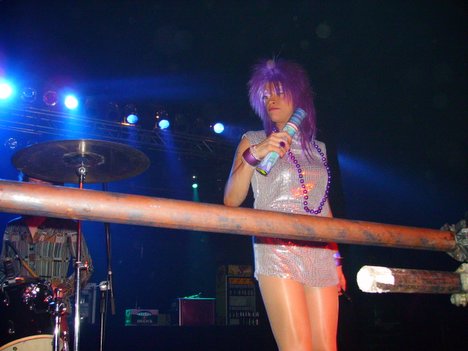 So does every third year :Valery Pearl: Hamburg from their Pearls of the night Party an extended version, ie it pulls the whole thing a bit more complicated and considerably larger in the big brother of the Prinzenbar, namely the D-Club.

Since New Year I
a) anyway in Hamburg and
b) already was gedresst,

It was clear, I would go there, not just hell-bent on, but pretty sure.

Duimmerweise this time I did not know exactly, where the party was to take place. Somehow, I was of the opinion, I have read, that they had been somewhere else this time… – but it was not – I only knew that just does not quite.

Not to the whole celebration by Reeperbahn- having to walk and böller joyful people I thought, You look once with your mobile phone to the Internet, where the party takes place, but unfortunately I had to find, that my phone is clearly not a Iphone, because it was not the Internet, also no such thing as the Internet like, sondern Bullshit….

Somehow I was not really out, where the party is taking place now, and also because Nina, with whom I was communicating via text message a great help, also because they had no computer in sight. So I made myself but about the seemingly not just weapon-free zone the Reeperbahn on the way to the docks, where I suspected the party. 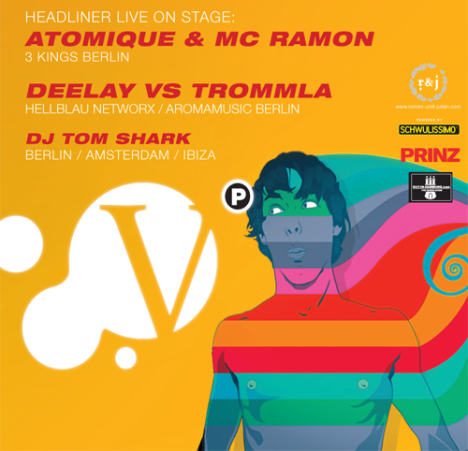 Once there, I could see, I had actually not mistaken. Some war Dort. Without hesitation, I wanted boots directly to the store, when the bouncer would not want to tow me to checkout. There is no discussion, however, handed me a green ribbon free from, with me and the bouncer let in.. …Otherwise the good Valery would have owed me a drink or two 🙂

No matter, inside I looked around and found hamburger conditions for incredible six trannies… I've always cited as an example, that about Hamburg 5-6 Trannies go out and loose in Berlin 50-60… I seem to have been mistaken, and that makes me happy.

One of the girls was with the cell I was in contact two years ago, where cell is not out yet dared. Although he has a stage name still not, but I met him after the CSD for the second time at a party in Hamburg. Seems so, as if the good now actually more common outside. Beautiful. 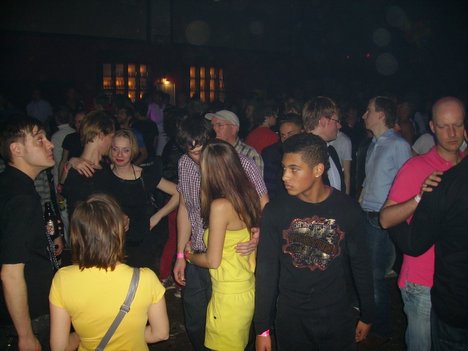 Clearly more common outside of course Valery, which made my blue sequined dress with her silver sequined glitter powerful competition. Impudence!. But with a few drink vouchers she was able to buy her way out of this situation without any problems 😉

I do not know why, but I've been talking this evening except with Velery Cell and almost only inside Berlin. The one wanted to tell me, how bad the DJ was, and that they indeed something like Vocal House life on the stage of (some very important term name) would have expected, but this DJ was a disappointment… Maybe you have a time to say, that it was not a concert but a party and the entry for New Year's more of a bargain… The second Berliner absolutely wanted to put her friend in Berlin to heart, also the “something” do, in Berlin, but no one would know. Well I gave out my email Dresse, but there was nothing so far.

I also chatted with a girl, but that really me 21-24 has estimated. (no, they had no tomatoes on the eyes, but another way of, but it was only myself 18 Years). At last there was a black girl, who wanted to make me her tasty black pussy. Overall yes eine nette Idee, but not with THE girl 😉 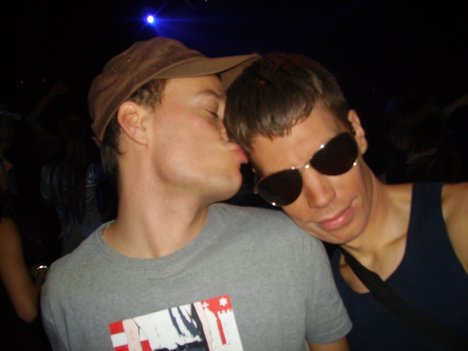 Suddenly decreased by half 6 the music and the light at… The party was over… Abruptly! Now be a half hour break and then would go to the club early release….

Something like similar. Although we were allowed to stay, but around us was actually spruced. To 6 it went on, but with a different audience and with techno… Sorry not for me.

So I said goodbye and headed back another on an absolutely empty highway to Berlin at night.

These were just 17 Hours: Berlin > Hamburg > Berlin. Stressful and expensive. But beautiful.

Hey Zoe, what are you doing in Hamburg
I needed new winter tires

So, or something like that was the greeting of :Valery Pearl: on their Pearls of the Night Party and my answer would be safe from the wrong, if I had just not been able to add, I give my Trip to Hamburg did not happen but willfully placed on a Pearls of the Night. Of course, Berlin is great, But Valery's party time is always worth a visit.

Of course Hamburg is still home and on the Reeperbahn I did not insignificant parts of my youth spent. What has changed in just five months, of course, nothing important. The Reeperbahn is still in place selbern, the Prinzenbar also, it is still just as full and Valery's team is still the same. Nothing so and so just keep checking back beautiful. 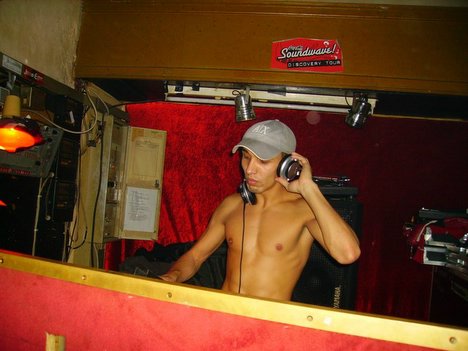 My arrival was probably so strange, that I should wait in the entrance, so that Valery would be sought shortly… While I actually think, I would have found it even so, But I made myself in the meantime with a girl known, who just sat around there, because

a) her two gay friends were on men fishing and
b) her sister was doing just this.

I think her name was Jana, the evening and we had all kinds of fun at the party and that was only a very small part of the massive free drinks, Valery spendierte. (Thanks for that). Sometime, as we stood on top of the gallery and then looked at the dancing crowd, she asked, whether one type would not be below a darling. Chunky but not bad looking, but the little girl Aisatische, the dancing beside him looked really good. I mentioned once again, earning incredulous looks. Also, they would not believe me, that I would be even more on femininity. And then asked me if I would find attractive. 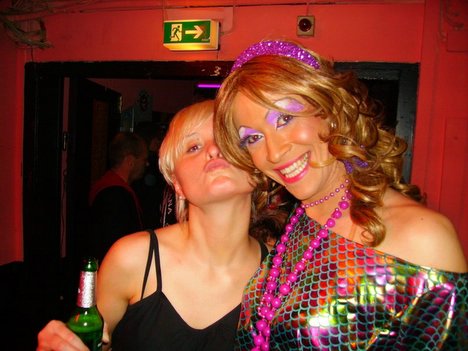 urgs… I found quite, but I was a little taken aback by the utter conviction “And” say. So I stammered around a bit… In something like that I was somehow never good.

It does not matter anyway, I could mention that with loving Brusston the conviction after, the bouncer, of them once with the words “take first 20 Kilo from” was an idiot and they should quickly once removed from their minds the idea just.

In any case, I am entertaining the evening well, it was just with Jana, mit Valery, the bouncer, Andre not only one of said multiple times, Jana sei das Süss, but still urgently needed to attach, leader is Straight sei, a Berlin, the right was in Hamburg or a nice readers of my blog. 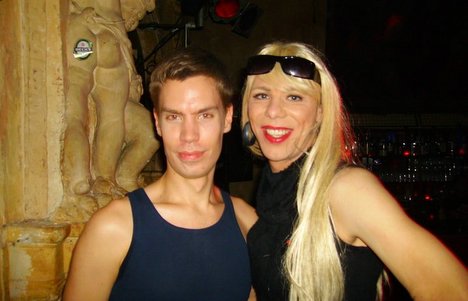 Only Corny Littmann looked a little grim and obviously knew no longer, that he views me as a “Katja Ebstein on speed” had announced. So be it.

Overall, it was again a great, very entertaining, Night, who left me sometime around five in the morning the clock Prinzenbar.

Next time I'll get a coffee Valery, promised.

If you really want to celebrate this Saturday, the times was to go to Hamburg. Well, Im Kino International is the International Club and is certainly still one or the other in Berlin, But this Saturday is worth a trip to Hamburg from the docks of Miami Calling :Valery Pearl:. 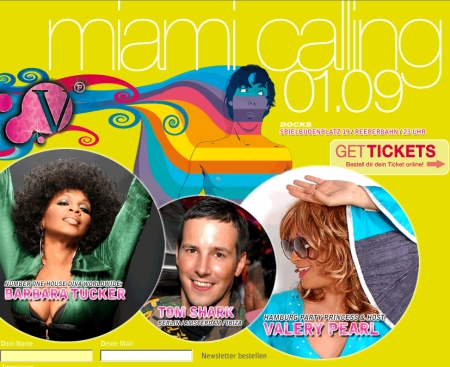 Celebrating the good 2-3 times a year and has properly with their first Pearls of the night extended with :Superzandy: and already brought to the boil docks Maringo. This time the main act comes a little more than 280 KM far away.

Sounds like a bubbling event – Valery and since this throws parties just not every month, It is certainly full bannich

Having to travel to many Trials and Tribulations have finally found a parking space near the Mönckebergstreet, I expected the parade there somewhere, So we ran contrary to the parade.

Somehow class, to fully run on a closed road alone. Far ahead of the parade, and yet with all kinds of audiences, the only just us, Also Nina Petite (AKA Barbarella), Sheila Wolf (AKA Elektra), Janka Kroft (AKA Poison Ivy), Maike as Miss Muffin and me, had to look – and gratefully accepted this Sehendwürdigkeiten.

Knapp 500 Meters, before the train on the Mönckebergstreet and thus the main shopping street of Hamburg einbog, we reached the parade and we threaded a slow.

Wow, who else was there. So strictly speaking, I have seen all, I have learned from Hamburg scene and party scene in recent years. First of let himself :Valery Pearl: ride in a bicycle rickshaw through the area and stopped for a brief chat. (Later, there was still a slightly longer)

A short time later he was already the silhouette of Tatjana Taft approach, the course was back in its terrific checkerboard outfit go. 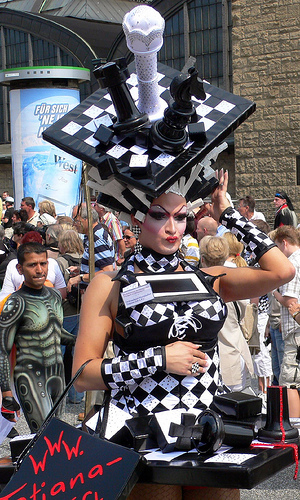 in CC by Svensonsan
Slightly surprised but delighted I registered, that she was heading straight for me, me he- and re-recognized, knew who I was and even knew my name.

She had the picture with the two of us on Berlin CSD found in my blog daily and would from time to time…. Wow, again a household name on the list of “From time to time readers of this blog” 🙂

As Sheila said another newly

Now, the feedback and the statistics figures can close it, that actually applies to a high proportion.

But as I mentioned, I met during the parade still a lot of people from Hamburg, actually did to a large extent, I now drive me around in Berlin. 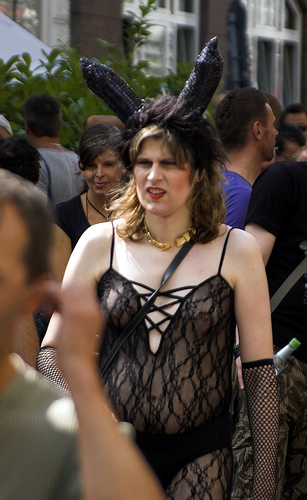 But there were also people, I would once again not be detected without this help. Jenny Jenny's Wonderland second example, which generally appears to the CSD as a man and would not have been times in my view orbit again. Although the extravagance of this outfit I would have noticed. 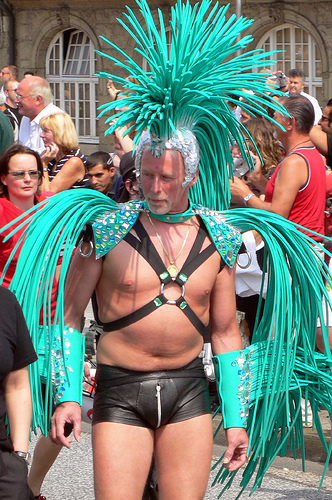 At the big stop on the Mönckebergstreet I found almost all the other, which were missing Chris and Chantalle example, 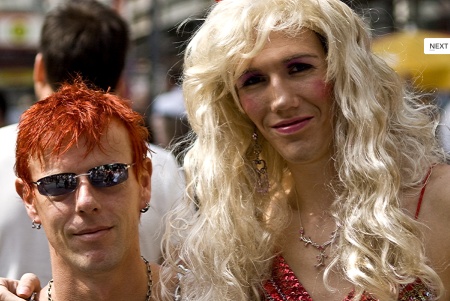 or again the three great looking Sissy van aft. (Schatzi finally come to the capital to Berlin to rock) 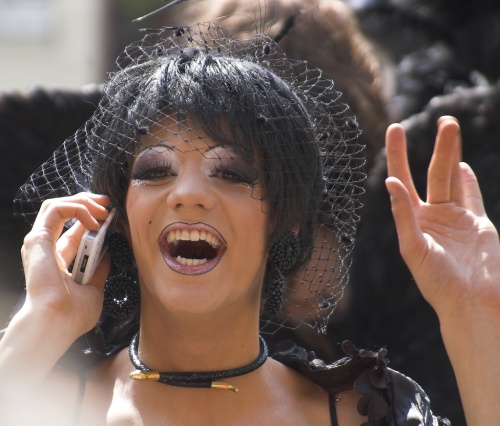 Myself met at the big stop on the Möckebergstrasse almost fainted, failed me yet 120 €, I actually expected in my purse. In spite of these very bitter loss, however, I let my parade continued to fall (just without a euro in your pocket and with a queasy stomach feeling, (not because it was empty, but because 120 € but hurt badly).

Now the inclined reader may wonder, what I mean by 120 € on the CSD would – uh, and, uh I do not know, but does not matter, because the money was found back at home. I put it in the bag while moving the kurzfistig but still out. Drum was the money still in your pocket – However, the home.

In so, is it better for me in any case.

Otherwise, I found Xenia Aldini, Closeup on the net which tells of a life full of smiles and laughter 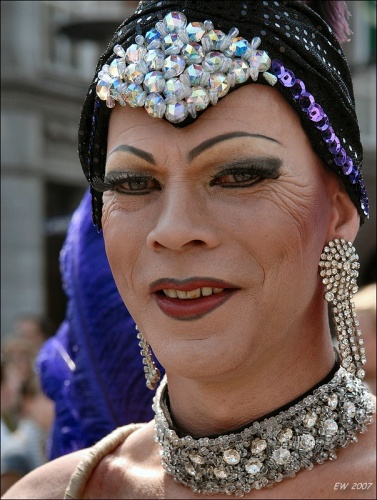 thanks for the picture Elmar Weiss

or Catherine, I had to cancel the, on 11.08 to visit the family Combine, because as I said, for some time in Berlin and just dwell only very rarely come to Hamburg…

Although the next Pearls Of The Night with Barbara Tucker I think the real.

First of all it was great to have seen all the people in Hamburg. 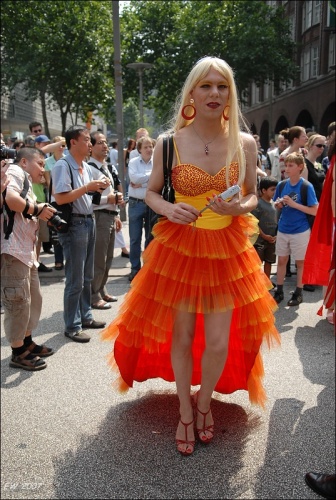 More tomorrow under the headings:

“Trans as in the cliché”

“Who buys at Deichmann”