It's been a while since, da mir klar wurde, it would only make my real hair wig very limited time and it is almost as long ago, I thought about, that since I actually have to make time for replacement.

Unfortunately, I'm always a bit hesitant about such things, since a real hair wig unfortunately also always represents a significant investment, since they are now really expensive. Na clear, it is an investment in yourself and I bought for Zoe actually nothing more important, as the first true Wig… And after I have really considered and long abgewoben. I eventually bought at a price, in which I could not say no. This possibility did not exist this time and the regular price of a human hair wig? Priceless!

Was also tun?
Well I inquired directly in China, found a manufacturer, in which I now have a new hair jewelry imported directly from the manufacturer. two colors blonde, silky straight, 20″ long, Babyhaar etc. Janka has prepared me there, I would probably.

…It turned out, that the manufacturer only works with MoneyGram, a payment provider, in which you go somewhere and someone sends money it takes off somewhere, no security, No Nix. You could also just throw the money in dennächsten Gulli. Nevertheless, I ordered a real hair wig and sent a hefty sum to anyone anywhere in China, with the hope, it would be all right.

There was, for today, just in time for the CSD Berlin 2010 I received a small package from China with a beautiful knotted, blonde human hair wig. Ungestyled allerdings.

A call and a visit with Janka I now have a wonderful new wig with a wonderful updo from Kroftscher hand and comb kroftschem. Thank you very much. Now my outfit CSD must only be done, then the CSD Berlin can now actually come.

Sometimes cheap but too expensive…. In this case, perhaps, because I wondered, “where can I find cheap wigs?” .. and once again looked at Ebay for wigs..

Little surprised I took an offer to the attention, I could hardly believe: A real hair wig really cheap for a bargain. In fact, for a euro:

I offered course and won the auction. A real hair wig for 6,09 € more 17 € Versand. This is probably the definition of wigs inexpensive, for the price you get no synthetic hair, and certainly not a wig with real hair… Unfortunately, this is now almost five weeks ago and I am afraid, that this experiment, want to buy a wig, perhaps could have been too expensive. I think I might even make friends with an inch Visited, sodenn I get a green card, I could hardly believe what…

But I would also be very interested, if the wigs are rather cheap or perhaps rather cheap. I can hardly imagine, that the quality can be good, although human hair and lace front. Wenn ja, dann kaufe ich nur noch dort 🙂

Generally, I have no advice zwer resistance, but at least one belief resistance to a certain degree. I listen to advice and tips on it and let me go by thinking head. 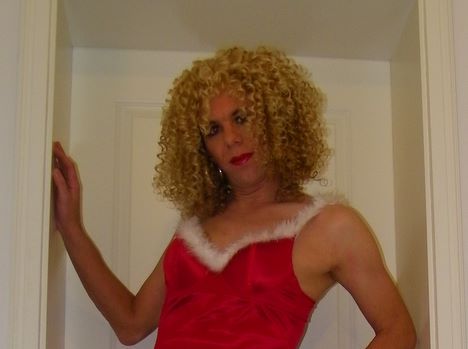 So the other day the tip of the Sheila was called in about, that the fact, a human hair wig that I call my own for some time, now would not mean, that there is not now and then something purely styling needs. Okay, I can see, that since I was a little quiet time reinbringen hairstyle – but since I a) unwillingly and that b) find, Janka that with the other Berlin Drags enough to the secondary hair, I searched for hairdressers, The style also real hair wigs – not so simple.

Last weekend I wanted to go to La Fete Fatal House and misleading as angels and angels have only once at least in the general understanding of blonde curls… I left it in the blonde long hair make sure curls of an inclined hairdresser.

I had to scour four hairdressers without success, until I Found a, also styled the hair wigs with no real head. Angel curls I wanted UDN I got two days later… The only way I had not imagined it.

The hair had now pageboy length and the curls were tight as I wanted to shoot the remake of Curly Sue… (Brand: Mitliefern image, when I go to the hairdresser to style your hair to real hair wigs) Okay,m a real image there is not unfortunately, We barely made the evening and the few pictures were not soo plump..

The fact is, that after an extreme foam and confetti attack on Christmas Irrenhouse the hair was back and was not really used any more.. Consequently, I had to make sure, that were not from a more end-to-use straight hair curls back… I put the wig on and therefore they wanted entstylen. Stupid idea.

The wig was a single node. There was not a single strand, that was not tied to itself and at least one other strand. Normally (a normal wig) I would have thrown away the hair and bought me a new. But human hair wigs because too high a price.

Several washes vast amounts of irrigation and !!! three days !!! unknot, It is now fairly again. I now know every strand of hair and almost every person by name as if I had attached itself. Such curls in hair wigs: NEVER AGAIN

determined since one year I am sometimes more and sometimes less crowded to a real hair wig. I am in such matters, however, fairly resistant to advice. In the north they say With regard to the Neighbor nich knows, that Freida hey them. And I was honestly a bit scared, a human hair wig to ka 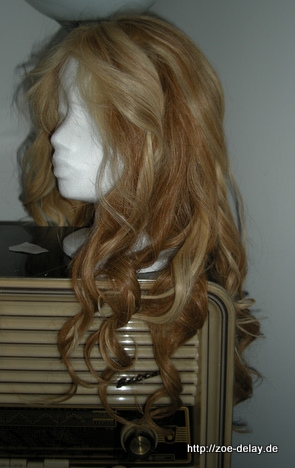 Not only, that these things are very expensive, they are also maintenance-intensive, and because I had to fit so far. From time to time wash and brush out and buy beyond every few months new wigs, I've been handled and the total so I'm pretty well down… I was. I was thus delivered the hair of the wig, did not bother me in the slightest, but I also have no idea of ​​Hairstyling. My Hair Styling otherwise limited to a hair trimmer, with whom I Skerry from and bare to the wool on the head. Apropos Sch(ä)ere. Something I have not, hairspray, nothing to tighten or other stuff, with which one could make a real hair wig in the form. Consequently, it would not be a good idea, to buy a….

I've now changed – So at least the one with the wig. After even thought Eien friend “You need real hair” and after having made me an almost unbeatable deal, a human hair wig to buy cheap, I could not say no.

NUn so I have had one in the mail and the Janka visited my confidence, to learn, what I start. Janka styled August jetzt, even ties in with my sideburns still some hair and I'm going shopping tomorrow. Hairspray, Conditioner, A paddle brush and even a lot, what a person with long hair as needed. I'm excited, as it looks in the end and whether a real hair wig actually looks better…

At the moment all looks rather more scrubby and ungestyled from, but I'm sure, the Janka the terrific riff… I'll have to think of something.