Last weekend it has indeed led me to CSD Gala to Hamburg, and if I'm always ever in Hamburg and randomly Valery Pearl celebrates a Pinc Inc Cafe Beautiful views, since then I can look past times. 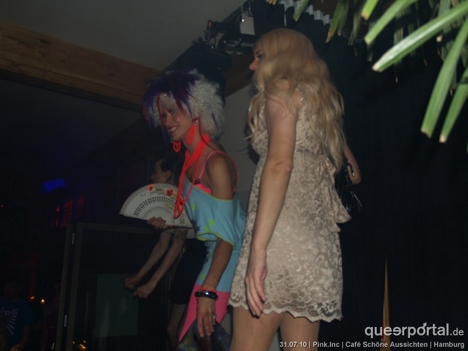 Now I can – Like many others in Hamburg never the difference between Cafe lake terraces, Summer cafe terraces and cafe Remember Beautiful views, yet which of these now which is or what this name actually stood on the flyers. I tried it at the first-best three places and – 're passte. 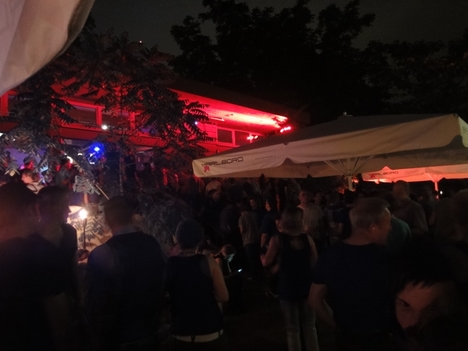 Ever since I was last there, has done a lot, there has been properly restored and the ambience was summer, white and should probably represent Ibiza flair. Worked quite well especially as the weather also starred as, that patio heaters and covered tents were not necessary. 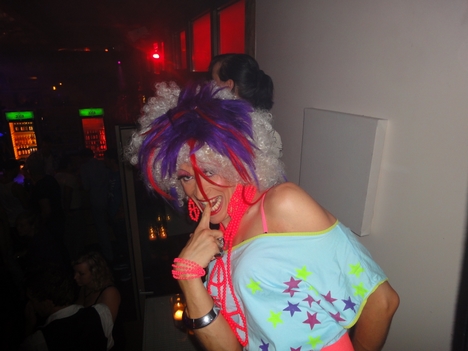 I also had a lot of fun on the Pinc Inc and frankly it's a long time ago, I danced on tables and benches, but since you have more room on the dance floor and as Valery began, it was probably allowed a short time later and were dancing Valery, DJ pony girl and I on the tables always in fear, that the glass plates it would find this maybe not quite as nice…. But they kept.

As I kept my promise to Julia Kähler, drop in on the Pink Inc. With Julia which is about, like the tortoise and the hare. It is everywhere. Are we in Berlin on the CSD since it is, kölner CSD, it is there, Irrenhouse: Julia klar ist da, also there are times when we do not or only better Janka, Pink Inc in Hamburg: logo next week CSD Hamburg: clear…. I could say now, that they rumkommt quite, aber ich bin ja auch überall dort 🙂

On this evening to about 5 Clock as I slowly but quite happy driving home. So at least in my hamburger at home… 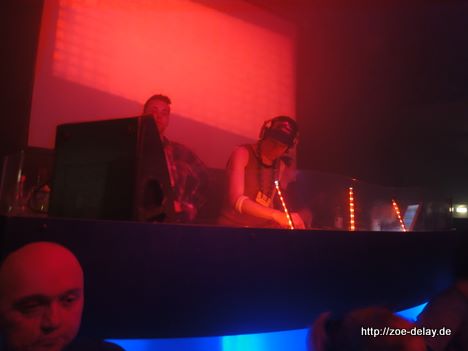 A selection illustrious Berlin DJ name of all the Flyers a typical Berlin Saturday night, all together on the Pink Inc. One could therefore say quite, Berlin was also right in da House, and so Berlin was in Da House, I had to once again refer to the Pink Inc. show. 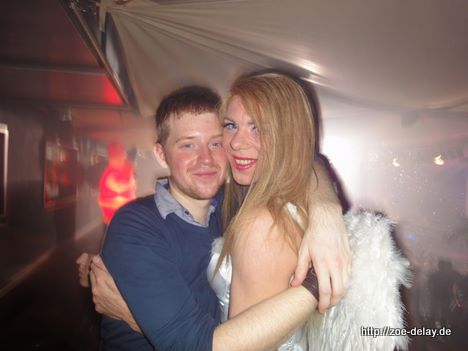 So I once again sought out my angel costume, was, after all, a X-mas party and went to the fairground north, it turned out recently for the 8 € purchased iphone navigation device to be surprisingly good. So I am able to find even the most difficult roads. …just like the fairground of North, whose input was not there, where I expected him.

Once there was even more not quite there, where I expected. My name on the guest list but fortunately this was not but I could not find Valery Pearl nirgenwo. Who had hidden. However, this was the 20 Kilos of confetti already large scale distributed on the ground and the atmosphere was pretty great. 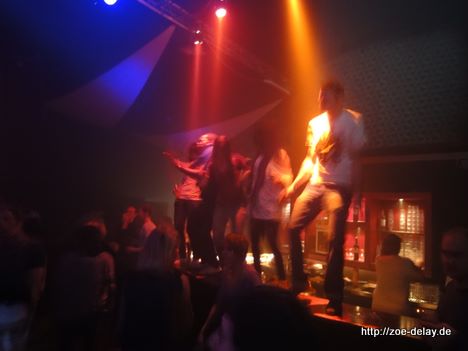 I could now say Pasha was good, but the hamburgers were their reputation not just boring and I have not seen any party, where guests had boarded the counter of the bar, to there “to shake the asses” while among them continue the bartender “drinks shaken”. Hamburg, who would have thought.

Ms. Pearl is the way, then still appeared. Only Drags except Valery and I were at the party once again none.. but it had tons of good-looking lesbians in the house, I had the feeling in parts, I had landed on a Girls Town… I find the concept of Girls Town somehow class. 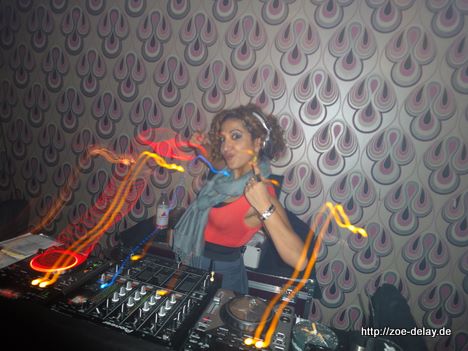 As if the Proaganda and Girls Town together would make a great party in Berlin – after previously would not have been a proper party several weeks. Girls and boys celebrate together in intimate Zweiracht on the bar counter. Class.

On the way back I was on the way, then with 80 flashed in the city……………… And Auaaaa, I had foolishly already stored my wings 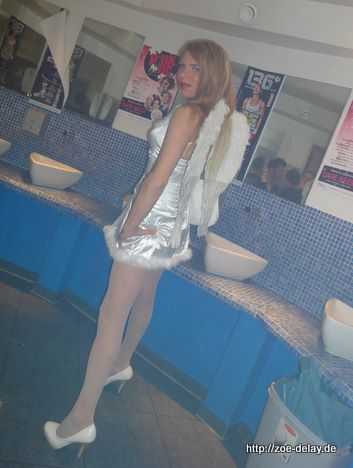 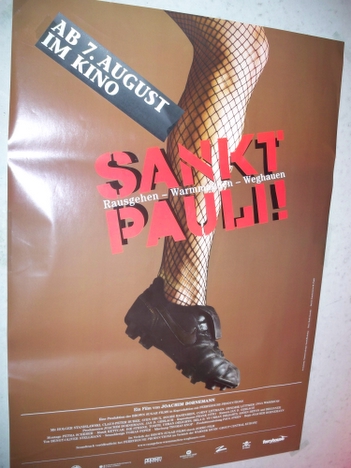 The Fc St. Pauli was always something different and demonized during a Christoph Daum homosexuality, includes the only avowed gays in the German professional football industry and president of FC St. Pauli Corny Littman the South Stand and the clubhouse of his association on – namely for a gay party. In other associations for both a president would probably take his hat. Here, this is quite normal.

Something like that can probably happen only here just next to the Reeperbahn. Instead, the South Stand was suitable for the party name Pink Inc illuminated in pink and massive gays and lesbians roamed the hallowed halls. 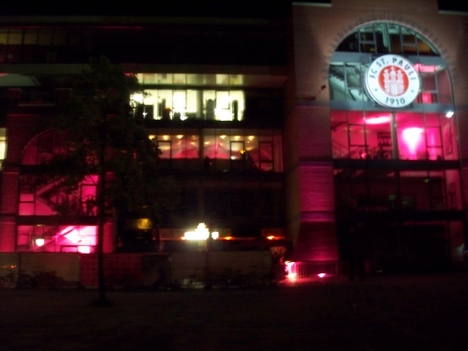 Pink Inc is a group of Valery Pearls Party Company and the Alpha Girls. Hamburg's answer to the Berlin Girls Town. Therefore, the party was also mixed throughout male and female, and the atmosphere was great.

It was hit in the club house, Party music in the ballroom and house in the great room of the South Stand. So was something for everyone… And who but then preferred, to talk nice, could go to the new grandstand, look into the circle of the stadium UDN dream of high-class victories – A dream. 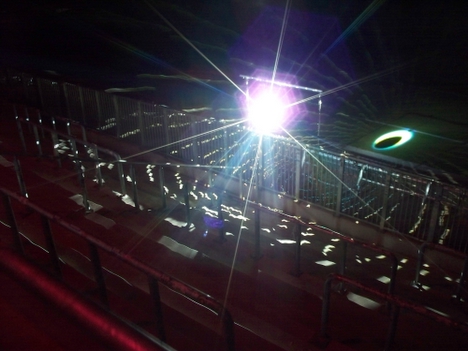 Valery and I moved for a while to the top of the whistle, after we were able to convince one of the stewards, let us through there. Is always good, to be known to the party organizer. Because we were only up there a little schnacken, without being bothered all the time by party guests.

Valery apologized while often, detailed and quite clear to our blöde Location vor der Tür des 136° Club. Unfortunately, it was not there club staff and their own Party Crew, but something like that would never, never happen again. Email, Phone, there are many ways, to achieve them, and I should want to go there again there would be no problems with security. Full, ganz bestimmt nicht 😉 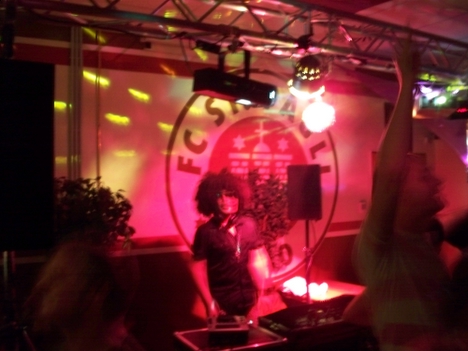 While I noticed, that there were a lot of good-looking lesbians at the party, I got used to determine the best-looking girl and learned this week, that it can be really difficult to have a feminine lesbian, to find a more feminine lesbian. Actually, all they would have had to stand on and yet there is nothing. Lesbian femine would be rather masculine and looking after all one.. Amazing and sad. Somewhere I've read “The cutest girls are the loneliest”. Perhaps it is so. 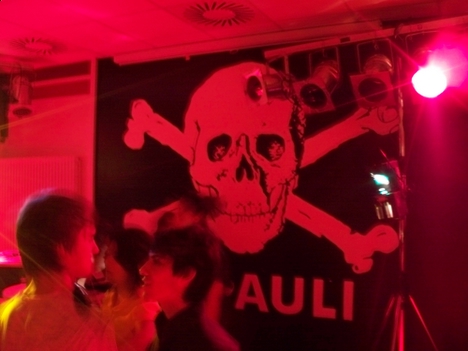 We talked until almost half past four, until it emptied slowly and then moved us to the Astoria, a breakfast club on St. Pauli, opens until five clock.

There, however, ran around many types of contaminated. Either awake or almost hitting at the end and on the toilet quite openly white powder stuff was indulged. Baking soda, Powdered sugar or perhaps rather …. In, I will not speculate. But actually it's not that my world.

Nevertheless, I drove until the sunrise after a last burger at Burger King at half past seven home. Was a nice evening. 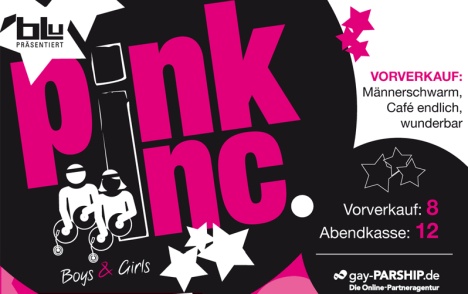 Since I do have an interesting news from today :Valery Pearl: get in my message box.

Hallo meine Partyperle,
PINK INC. rollet more about St. Pauli and we again get hold of a great location PINK INC.. Saturday offers even a new home for a party ultimate party night in.

The Millerntorplatz is not only the venue for home games of FC St. Pauli, but in the new south stand there is the new clubhouse & the ballroom.

Between the games, they serve as an inspiring venue for various events and that's why the new building is on 30. August dipped from the outside in bright PINK and all the different internal spaces are transformed into a disco palace, among other.

PINK INC.. Party goes on as usual with several dance floors at the start and we were able to put together a successful mix of DJs again. More than galactic is the upper outer area, which can be found directly on the South Stand and overlooking the holy Pauli stadium with a cult Astra can philosophize about football in hand Ã ¢ € â € œ or for cruising invites.

What I'm reading, Corny Littman makes the hallowed halls and lets the Pinc Inc. the stadium, to the new South Stand, ind clubhouse and the old, although grand ballroom.

What does this mean for me St. Pauli Fan? Now I'll have to go again to Hamburg. Good, that my company party anyway to Saturday night still hanging around in Ibiza. I also do not miss anything, when I made the Capital of Germany in the most beautiful city in Germany gondele.

..I also have this time also vorgeseorgt and get me a place on the guest list, than to stand in front of a stupid party in Hamburg, we had plenty of time not too long ago ever…

Will not happen this time.