Closed on Sunday due to Saturday.

After the musical we were rather aimlessly through St.. Gallen in search of a bar, where we could have another cocktail or two.

Von denen bestellte ich einen Mojito, but received a caipi. led to it, that I had a large mojito AND a large caipi – and they were by no means my last, because it was an extremely funny evening.

Musical: Priscilla Queen of the Desert 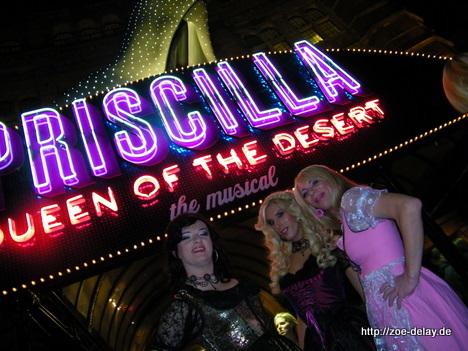 What a thrill it was for, I sometime in the daily news summary found the information, dass Jason Donovan, Now every night would occur as a transvestite. Und zwar in London im Musical Priscilla Queen of the Desert.

Now it is not just enough, I would connect with Jason Donovan anything – entirely different story with Priscilla from. The Bus, the desert and the three trannies on the mountain. One of my all-time favorite movies. Ach was sag ich Priscilla Queen Of The Desert ist DER All Time Favorit vermutlich. 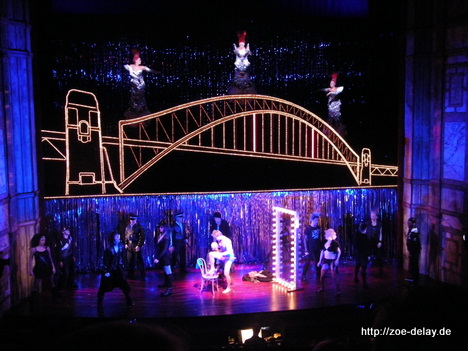 And so it is not surprising, I had to think for a second, Sheila with the idea around the corner, came, this musical in London to look.. What a joyful excitement already noon today, as we picked up the tickets and saw the big stiletto on the canopy of the Palace Theatre.

That HAD to be just fine and we wanted all the girls dressed in dirndls attend as German. That would be almost gone wrong, We were standing in a traffic jam so much, that we got out and finally the last few hundred meters are gestöckelt, so we still came in at the last minute. No problem, there was still time, although very scarce. But it would not have been the first time, that we were too late for a show and were still admitted. 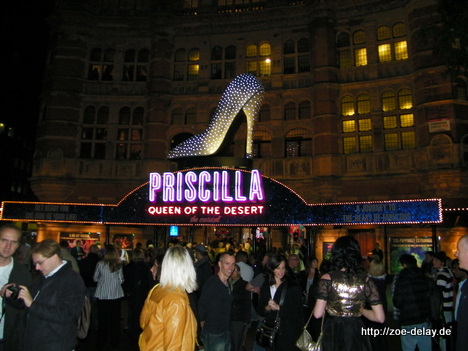 But the musical. I expected, that it would be good, and I was not disappointed. Someone, that Priscilla kennt, it will also find their way back, as it is a non-expert. Most of the scenes are clearly recognize them and many little gimmicks were installed. So goes the giant issue of a Barbie camper koalas and kangaroos and all sorts of additional animals, then different types of tourists in the desert and find the place Fucking Abbas could be lost not a word about bloody Kylie bus. Dedicated secure an allusion to the affair of Mr. Donovan many many years ago, and certainly one of today's… 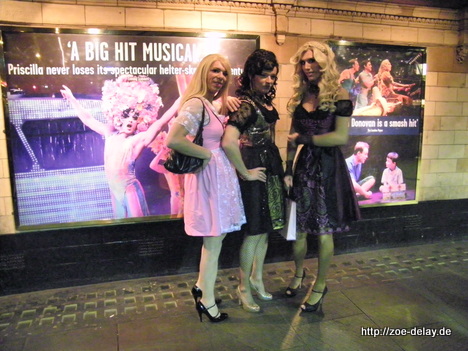 With a little imagination you could see also Berlin drag prominence, so that Tina Turner was at the beginning clearly Tatiana and also so many other Berlin drag I can recognize in some scenes.

In any case, I was absolutely convinced after a few minutes of musical and in the implementation of the costumes I made big eyes and big ears while singing. Just three singers, the multiple floated from the ceiling sang just great… and their last swan costumes presented itself, the Oscar-winning Priscilla costumes in the shadows.

Great also the implementation of a total travesty show in Alice Springs in time-lapse was binnnen few minutes and so on..

All in all, Priscilla Queen of the Desert is not just a movie, but also a musical, that you should have seen. Especially, if you're in anyway with the theme. A small Wehrmutstropen is the fact, that there were no additions… I would be happy to celebrate something.

Janka said as yet to break. â € žMädels, I have to tell you bad news: We will have to see that more often from now on 😉

Oh by the way, after that you can make love to let still pictures with us and we had a fortune once again, we had each taken for a pound I take time for granted, that, however, congratulated us on our show is not naturally, we were only guests, if same very enthusiastic and certainly not an everyday.

In my daily – what is happening – Search today a contribution of the American movie magazine I noticed, der mit The Prettiest Movie Drag Queens übertitelt ist.

Good good, the headline is pithy – and wrong. The article clearly not the best movie drag queens, sondern allerhöchstens Movie Drag Queens, behind which put the famous actor.

For example, we need – I believe – not entertain seriously about, that John Travolta is indeed a great actor and his Edna Turnblad is quite interesting, but among the most beautiful movie drag queens I would not choose. 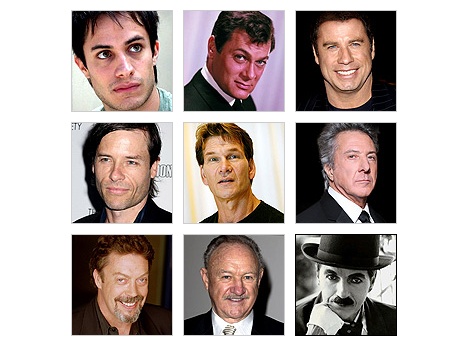 Even Dustin Hoffman in Tootsie is unquestionably great, the movie is not for nothing Oscar awards, Tootsie but as one of the most beautiful movie drag queens… by I do not know. Obviously there was a journalist once again scampering of did not really know, what to make of this article Default. That he has chosen, among other things also Tim Curry in the Rocky Horror Picture Show and Gene Hackman in The Birdcage there, shows this – or his taste aberration significantly.

Is why I nevertheless find this article interesting, that he has given me three films of an actor, I'm not yet absolutely knew in women's clothes. Charlie Chaplin, I actually have just as “the Tramp” known, hat auch in drei Filmen The Woman, The Masqueraders und in A Busy Day die typische Tram Ausstattung zur Seite gelegt und ist in die damalige Frauenkleidung geschlüpft. Thus, the well should then be the mother of all movie drag queens. An interesting new information for me.

The films then I'm going to probably have to look at it. What a lucky, dass es Youtube gibt.