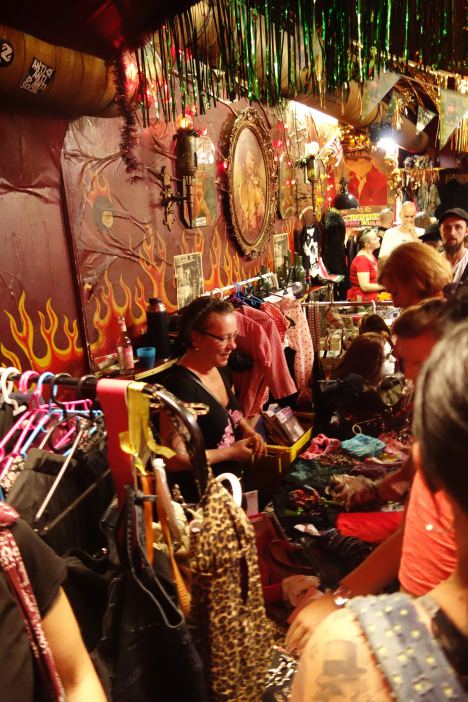 Every few months there in Wild At Heart no rockabilly or punk music and none of the allmonatlichen Burlesqueschows. However, some, what exactly this circle of interested people a day in this club Performs. a punk & Rockabilly Flohmarkt. 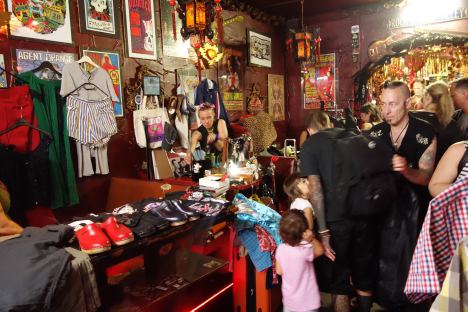 Do not know, whether it is unique in the world, But in Germany there will certainly be no second. Rockabilly clothes, Punklederjacken, all kinds of accessories and music from everything so with guitars in the fields of Rockabilly, Psychobilly, Punk, Hardcore and related musical styles has to do. So just, what is otherwise so musical in Wild At Heart romps 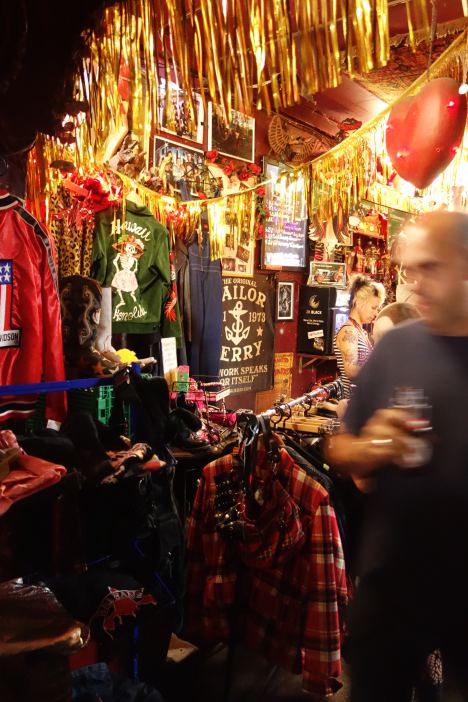 For example, I bought a CD for Horrorpops 4 €, two items later give this CD for läpprige 1,50 € awarded find. Annoying! But what the hell. Hilft ja nix. 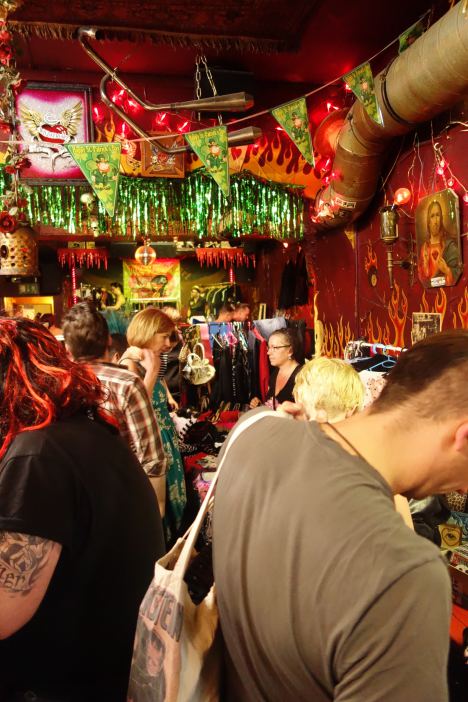 Always nice again, this little flea market, on which it actually is only beautiful things and especially not traders – because that sucks in most flea markets in Berlin massively. 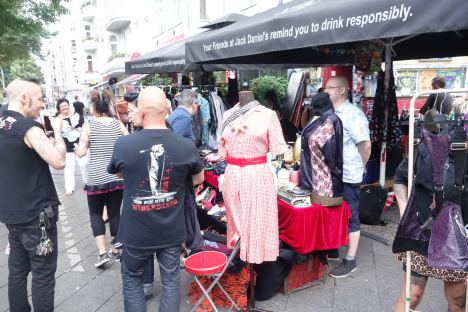 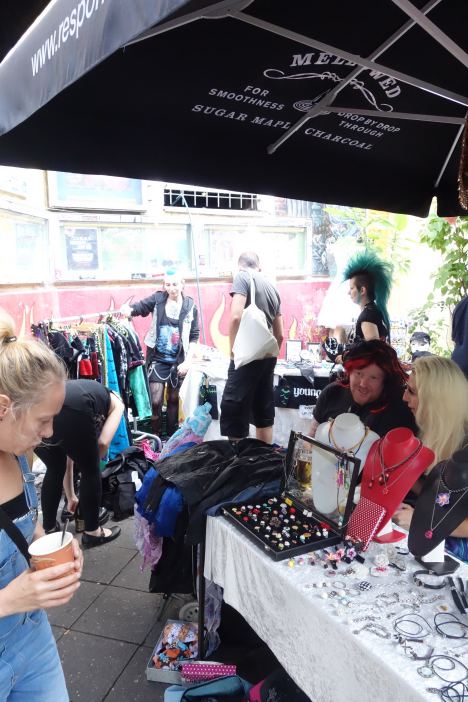 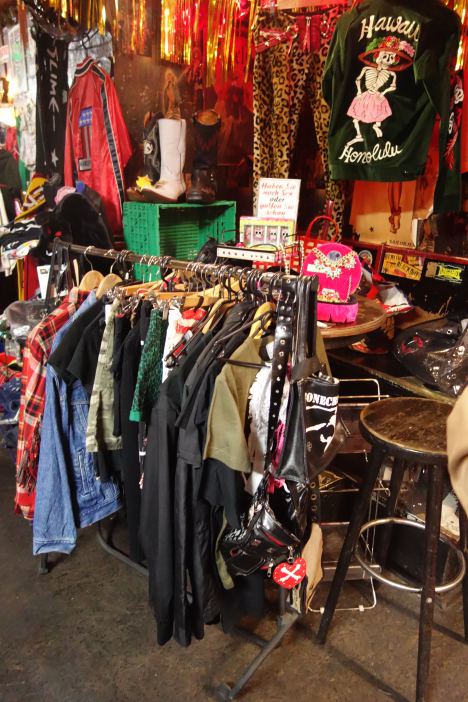 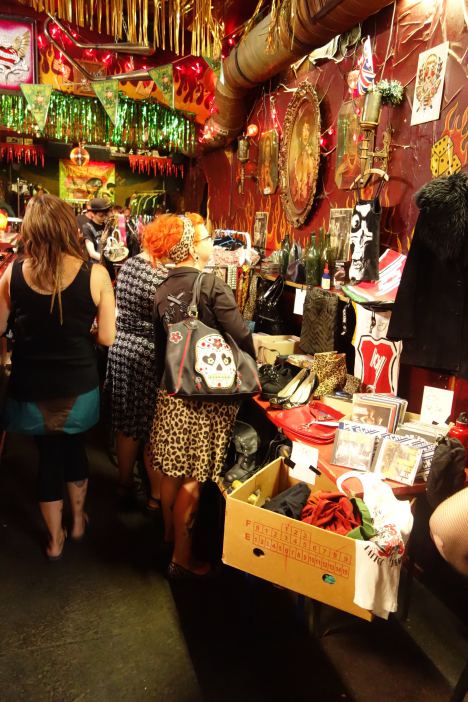 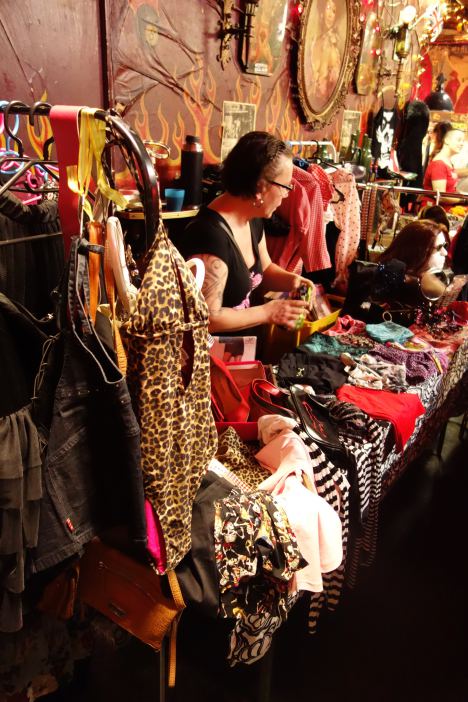 Brave New Internet World – or not. 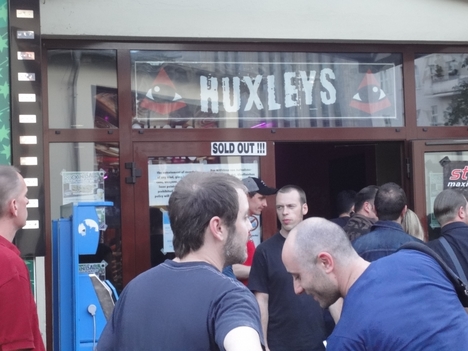 Nowadays, there are Facebook and reading since then with all kinds of, experience or just what other people think so. This is just as today, is somehow to live the new Internet world. Some exciting, Sleeves, which could also affect a self-.

So I read today in Tanna, that she had just learned, Bad Religion in Berlin today that would play and she wanted to go there MUST. Shortly after their posting on Facebook they obviously had a card. Brave New Internet World. One learns a great message, posting something short and you'll be fine.

I in turn learned from Tannas posting them, that Bad Religion would play in Berlin… Unfortunately, only about a half hour before the show. Now, Bad Religion, however, is to New Model Army for many many years told my second favorite band and may be something ziehrt a broken cross For many years my leather jacket. If so are religion Bar in Berlin, I should be there too, I thought, So I went to Huxley, because I still get a card anyway for the concerts, where I really wanted to go.

Unfortunately, there was a big sign on Huxley “Sold Out” and also strategically favorable standing right next to the subway did not produce the desired paper revealed

Damn Again, where are the black market dealer, when you need them.

I did not think, I say something like that or think times, because actually are black-market on a par with ladders and mold on bread, But earlier it was so easy, if you could not find anyone, who wanted to sell you the map at the normal price, because he wanted to get rid of them, then stood there certainly somewhere a few assholes around, sold the cards to hefty prices. Today? None.

Yesterday I got an email, to do with the request for a small event promotion and I can hardly “No!” say, because I would prefer to go myself. It is a film with a concert performance in a sleek Locatio n my hometown. 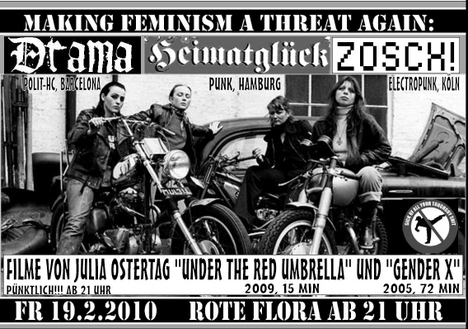 Julia Ostertag shows in Hamburg in the red flora “Under the red umbrella” and “Gender X” , to be played in the flora, the hill district can best, Punk, HC und Electropunk, all in the most broken up the hill, where the root Flora, a former Revue, that was occupied and umgewandalt to the district center.

Anyway, in the flora habenich many celebrated night and I would have been happy, to do that to good music and Gender X also, but that's on the Friday and then go to Berlin before the Teddy Awards. Wer allerdings Hamburg ist, should necessarily go into the flora and watch Gender X, the worth and Hamburg needs anyway still some drag-tutoring.

Is exciting, that Julia can detect increased interest in gender X, either has changed society, or a low-budget movie just needs his time, until he gets around by word of mouth… beise beautiful, if it is so far.