Drink B, Girls Town and a mini

There was a lot on the program, no different, we wanted to make some this Saturday. To create this, however, it was called, drive off this time too early. The SMS, Sheila sent me during sports show, spoke of 22:30.

22:30 ?? There are people, that keep even nap.. And we want going on already? Well I do not care, I have nothing else to do anyway.

Some, a few minutes after the agreed time went Sheilas Mini ago and although never as early as, It was one of the few times, where I finished gedresst before the agreed date and absolutely one of the rare times, where the evening I even painted fingers- and toenails expected. For one, I had to Tip the icebox (Fingernails) try out, on the other hand I wanted to wear the new silver dress and silver shoes and sandals since I only had to be in this color just painted the small nails….

No matter, a thin dress, no tights and sandals had to be won…. Am I crazy? I do not know, Sheila has an opinion and is: AND!

First stop against 23 Clock was the Kino International and the Party Girls Town. Understandably, but almost no one at this time was early evening except us go. Zoe and her Djanekollegin played a little subdued volume music and we flezten of music listening a caipirinha in the long chair… We would certainly also made a second caipirinha as, if my dress had not decided, me to make it absolutely clear, that I was either too thick or too thin. Be smart, are known to vary and that was as described In this case, just the seam. 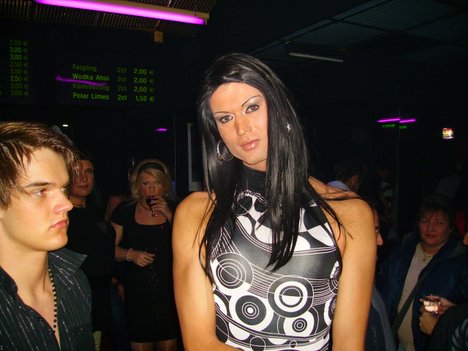 We said goodbye to visit Janka and needle and thread. …I believe, this was the first time, that we went, as were the most. Otherwise, we tend to come at times, where the rest breaks again… I did not even have, to take a photo.

Next time, sure we stay longer – and come back later. 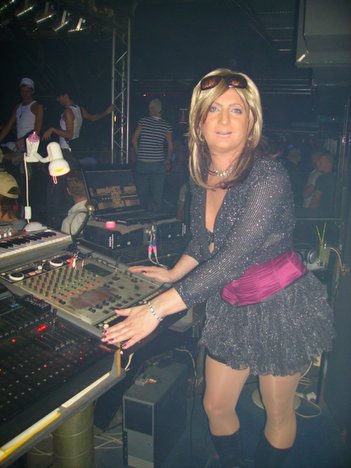 The next stop should be the house B, where Pricilla hung up today. … We wanted to have seen at least once. The five of us squeezed ourselves in Sheila (not more than 4 Comprehensive persons) Mini and drove toward the house B.

It was cold outside the house and B A long queue formed. Fortunately, been a long time came, as we had to wait times, an email, and the release of those pesky Waartezeit in the cold once and for all should. So to speak, the blank check for direct go in. So I praise the. 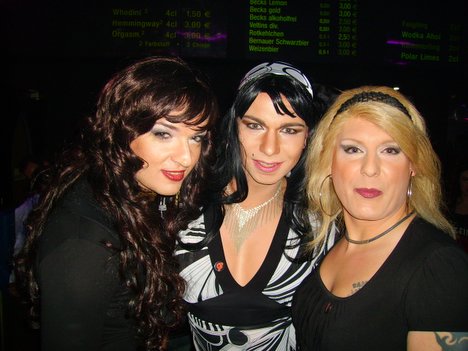 It was actually in there as always. Up the house with the typical B House B residents, All thing this time with some good friends, who came made the trip. Denise, Mia, Kerstin and Michelle with Appendix. Always nice again, to see the girls. Eventually, Pricilla twisted (which actually came “and” on the flyer ago?) and we looked at times, what the new room in the house so B would have to offer….

Not much. Eine Adonis Statue, a VIP area, a white sofa and a DJ, the well-known something always hinted, then started to talk and then continued to play until the end, until he started all over again… Somehow something from the bumper cars. I think yes, DJs to play music and not sabbeln – he saw the obviously different. 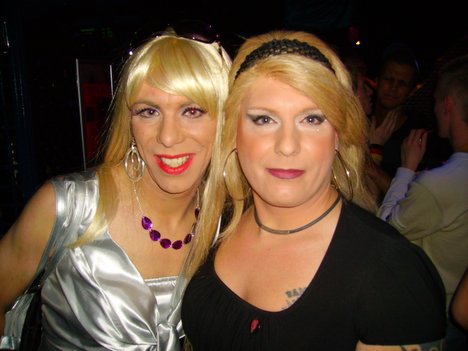 Well. Chicago Rose and Goya were still waiting for us – So we said goodbye for the second time this evening and headed towards Kinzo…

Unfortunately the Mini does not use the time between drizzly weather to, from mini to maxi and to be so, and we piled back in the back seat…. 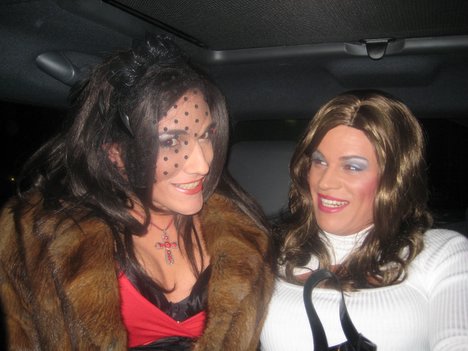 …btw who says now “the stupid cow can only complain” has the wrong, because I want to take advantage of this lack of space to actually even have to thank me, that Sheila was always chauffeured us around. Of course I know, that it does so primarily from selfishness, because they are a) like car driving and b) prefers to keep as many threads of the evening program itself in the hands… But that does not matter, for me so I need not to have any alcohol driving limits or to care so and will always delivered safe and sound back home.

And again learned what: Sit down when trying on clothes.

Since I at yes Roberto Cavalli that H&M gotten nothing more have, So I had to look myself where there should be something nice for the weekend.

This surprised me but rather, that the H&M in the new Alexa shopping mall, probably the 25,000 th shopping center in Berlin was apparently still Cavalli pieces. – In the window – … what are the pieces in the shop window? If the whole store no longer exists Cavalli piece, then it was not actually need no longer advertise, or? What I would actually learn, if I had asked in the shop window for THE Dress.

If it is the last dress, they can deliver it to me yes, they do not need it more than advertising object, but when they have no further more to Sell… They would not even have to give me a discount exhibit.

Well I guess, they had a ( unsatisfactory for me ) Had evidence. No matter, Also from war aus Horses, I went to the Berlin fashion store again in the streets Friedrich Passage. They know me already and there are hardly surprising, when a man dress in Umkleiderkabine disappears – Taken Dress, purely in the cabin and done as if it were the most normal thing in the world – after all, almost every time I buy a dress.

No matter, already at the escalator driving I saw in the window a satin dress, I wanted to have the same – In contrast to H&M but there was this dress then actually in the store, in all sizes and in silver and black.

Both dresses looked great, but gold is not festive enough time. Gold color Christmas – also I lack proper golden shoes.. So the silver…. 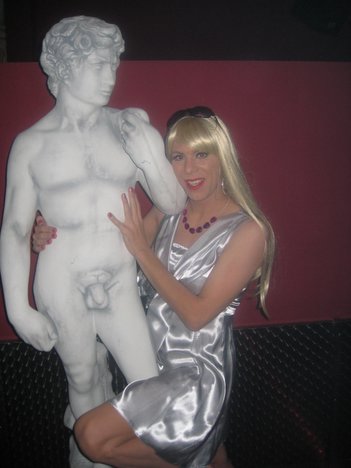 Usually a dress for me is the size “The” the right, but this one time seemed “The” tatzöchlich a little too large. So again tightened, and again “M” tried. Super, fits, like a glove, I suppose .. Said, done in the evening and attracted. still it fit quite well until the moment when I sat down for the first time.

Luckily, we still had to anyway to Janka and had fabric glue and needle and thread to fix this mishap. Satin tears unfortunately quite easily.

But hardly had we solved the mishap was a Janka, a second torn seam on, I also sewed.

From now on it was called at every sit down to watch properly – nevertheless found himself this morning while checking a third seam, it has also caught….

So I have to admit, that this satin dress, although there are like a glove in fit, while sitting there clearly was too small but…. The insight is indeed hard, but for “M” but then I seem to be fat ;(

When I do so it should buy this same golden dress, then clearly in Large.