Quote of girls, which ran in the Castle Street Centre with shining eyes and a bulging pocket with the new Primark store in Berlin.

I have the feeling, as this shop is a huge success

Quote a Security of Primark Stores Mannn to his colleagues, shaking his head that looked at the amount. 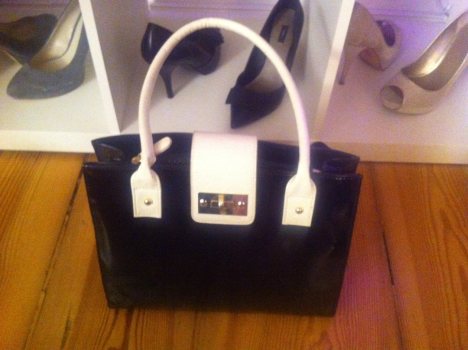 I do not know exactly, But somewhere on the Internet on Facebook I read I the new Primark store, The last week was opened in Berlin and with “Amazing Fashion, Amazing Prices” advertises… 5000 m² and probably great.

To see times,if that's true, I sat in my car, took a huge detour, because I mistook Steglitz and Zehlendorf only village in numbers my iphone for the right Adrsesse asked. 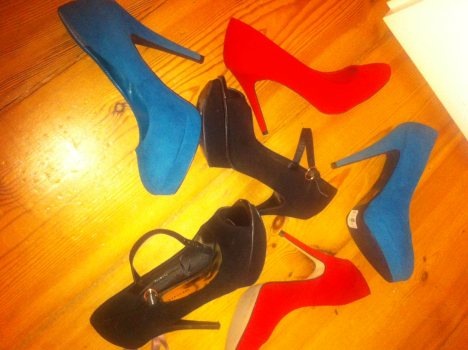 No matter, I was definitely in healing and must confess, the advertising slogan did not tell too much. Really great in clothes obviously really good quality at ridiculously low prices.

Who thought, H&M would be favorable… Forget it!, who finds the Aisa-Import Shop for shoes around the corner low, forget also the. Primark ist genial. And I could not stop myself. 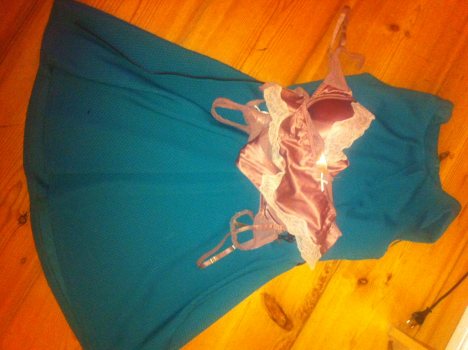 and in a few weeks is the invite maybe not quite so full of blissful girls, as last weekend …

I definitely am in love already in the store. Unfortunately, he is so far away… but it should get a second store on Alexanderplatz… only where there is so much space?

On Friday, it was found shortly, I was asked by a friend, if I would come to the salon to the Wilde Renate, a club, how well can it be only in Berlin. House in a house demolition. Kischigen with all kinds of furniture, furnishings and brocade wallpaper. 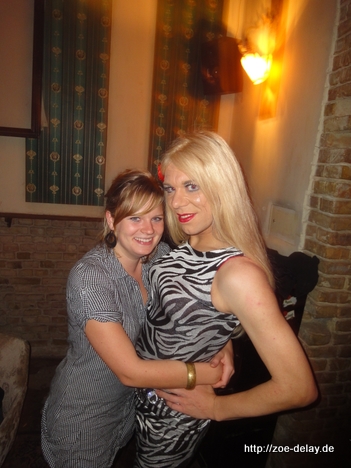 I was only once in the wild Renate, mag aber den Club, I agreed and got ready in no time to the Renate with Steffi to visit. The name has not changed since my last visit, but the entrance and the rooms in the house. Not sure if the other rooms are now unusable, or are only open, when the party gets bigger or is there a known DJ, But the club is actually another – but similar. It's still the Wild Renate and we were more or less the first, long the loungy house music listening, which was the time of filling and Renate slowly faster and more danceable. 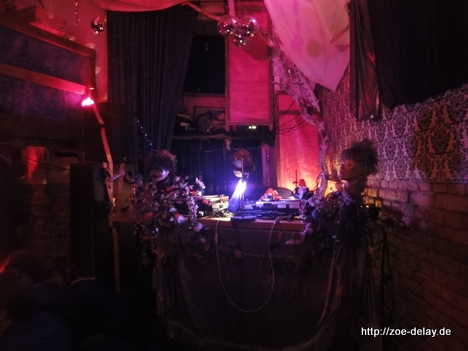 The wild Renate before the DJ booth, a small platform, from the a long time, no one except the two of us auftraute, as if all the anxiety would have had before us. Eventually, however, also completed the podium slowly among others with a girl, that seemed to me known. Very well known… 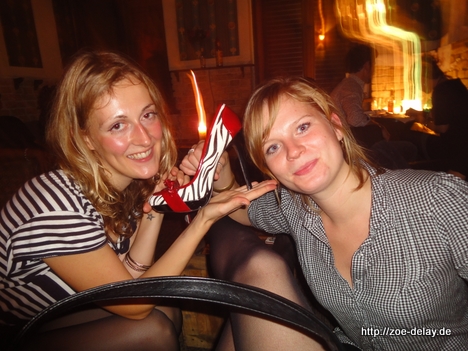 For me it was more of a second. The-respected by me as a person not known comes from Berlin and even if it were in Berlin sien, why should they hit just one of thousands in this club … and since they obviously did not recognize me, although we actually danced next to each other, I was unsure, whether I should be safe.

Well, It may also be because, that they bisdato only from Hamburg and only knew me as a man and it just Berlin and my appearance was now not just male. But in today's times, where the mobile Internet can also, I could just compare times with a picture of you and then I was sure. It was Svenja.

So I called them just once, earning a confused face. Someone, she does not know she speaks in a city, which it is not with their name. It took a while, until she recognized me. It still sit a month ago, since we danced together at a wedding in Hamburg. What impudence ;-). 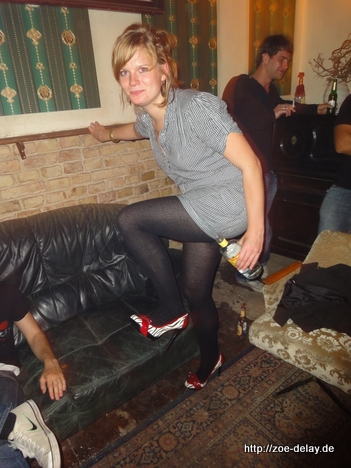 In any case, was also with her, that even – not wearing heels – Women are not immune before, to love high shoes. But there still needs to Svenja practice some time, until they can walk in my shoes. Elegant ist anders 🙂 . But my footsteps umm shoes fit her. Next time maybe.. At any wedding in Hamburg. And when she wears high heels and then I just do not, then perhaps we are also equal…

Who sometimes just 250-300 Australian dollar has left, and for his own shoe closet / the girlfriend / the woman or if necessary even the best friend still needs a Christmas, should drop once at Shoes of Prey.

Since one of these converted about 150 € eh gets no real or Louboutin Gianmarco Lorenzi, yes you can do other times and thought to design a pair of shoes myself. Bei Shoes of Prey kann man das. Different Styles, different heel heights and different types of leather such as leather or snakeskin fish, which might make the combination of the shoe even more unique…. In any case, you can put together so ugly Styles, that they are guaranteed to be unique…

Even if it is a good idea, himself to play and get Shoedesigner created his own shoes, so the designs of Shoes of Prey have not yet fully convinced me. I find the approach but still something great improvement.

My shoe closet is called Billy 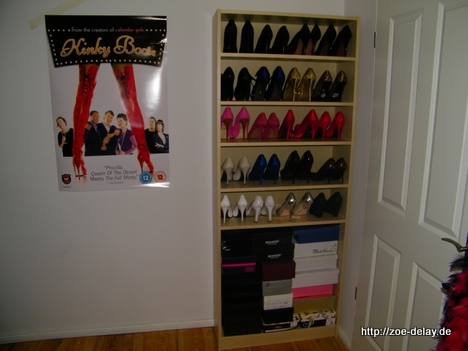 For quite a while I think about, what I do with the giant pile of shoes, that clog my apartment. I leave them in the shoe box, I never know where each pair are, I let them out, it's a big pile of shoes, where one must also once together find the right pair.

So I went to see times today with a shoe in my highest heels to IKEA, what a shoe closet I can find there – no ordinary – All ugly and too small. I then took the largest shoe cabinet, I could find – ein IKEA Billy Regal.

Unfortunately there were no shelves, firstonce so I had to work with five shelves.. 20 Some High Heels used as pure. Actually, quite a lot but then somehow it just the tip of the iceberg,

I have Billy overrated and I think I'll probably have one or two Billy shelves – and just have to buy a lot of shelves.

As of today, my shoe closet has a name…

…..my shoe closet looks today but then somewhat different from….