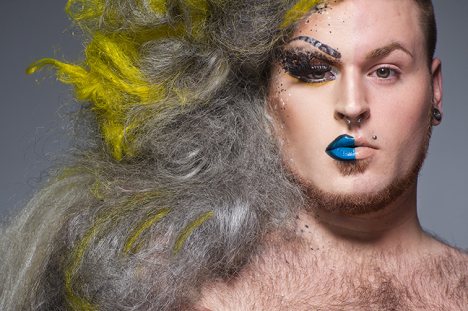 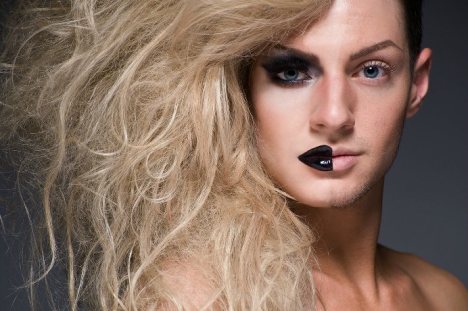 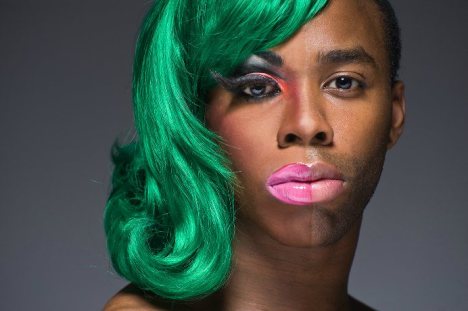 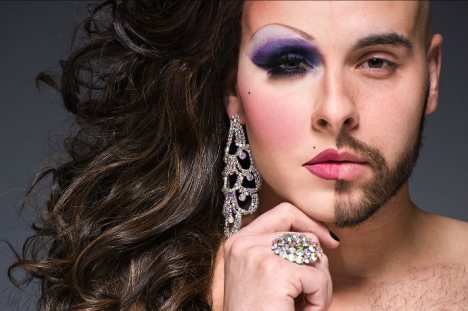 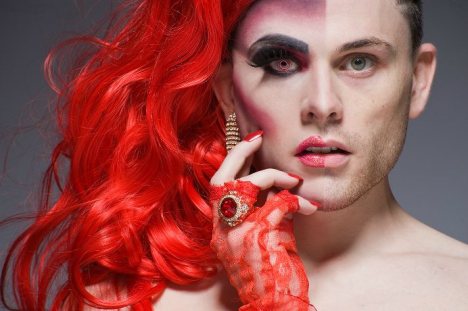 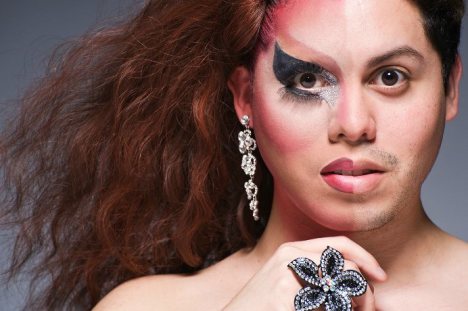 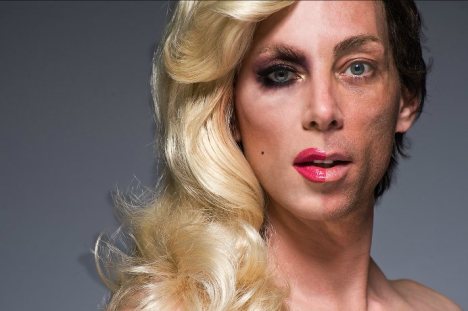 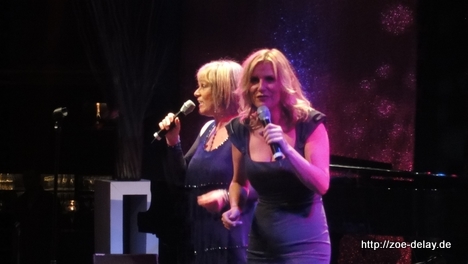 Hat am Freitag Pride Week began in Hamburg, moreover, a special, because the first demonstration – then under the motto Stonewall has exactly before 30 Been years in Hamburg. Today, the CSD Hamburg's much more of a celebration to celebrate as a demonstration, as Corny Littman noted this and certainly not as badly stressed. It's just a way, for many people, off out for the first time and to go out in public. 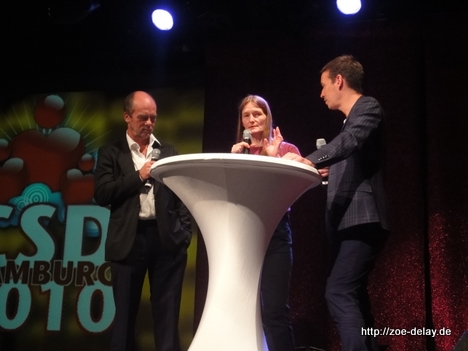 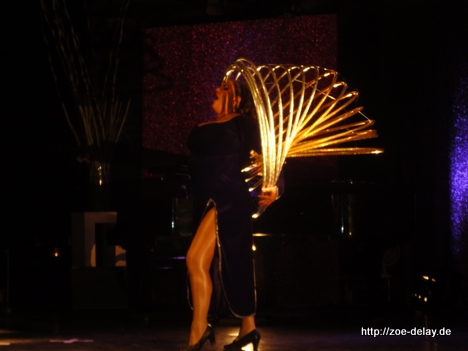 Last year I titled the CSD as an opening gala event with UDN strengths weaknesses, This year, however, I have little to complain about. The program was great and I was even a glimpse of the so grown now but throw some drag scene of Hamburg… but to show:

I was somewhat surprised, when I saw, Also one who was the main acts. Sherry Vine. Surprisingly, I have it now in Berlin in the GMF with Chantal and Berghain can not see and did not need me to grieve, because if I'm going to talk to hamburg, they just do this. 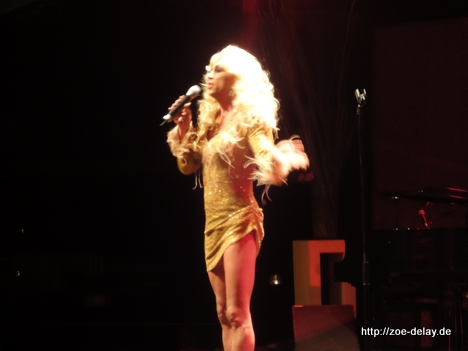 All four numbers they did the best.. two of her Lady Gaga numbers and two more. …And I have to honestly say, their Lady Gaga parodies are good (which indeed show their numbers Youtube), but with the other numbers I find it even better. She also had a great golden Fummel. I would remove it immediately, when they no longer need it.

As the material, in which the platform is wrapped, den nehme ich auch 🙂 Dieses Rotglitzernd… A little like Sheila Jessica Rabitt dress or just – and because it reminded me – a dress of Lola from Kinky Boots… I wanted to sew myself ever again. 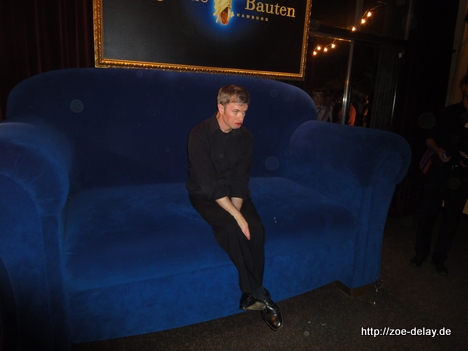 Egal Sherry Vine followed Gregor Mönter, obviously a slightly different definition of the word “Travesty” has, I. For me it was, what he brought to the stage no travesty, but maybe I'm just too little open. In any case, he had a great little green duet partner. Not so simple anyone can sing with Kermit. He could. 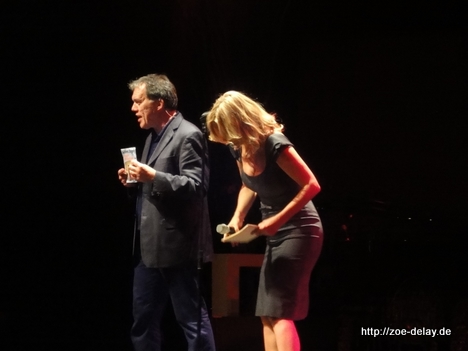 Kim Fischer could not sing again some unimportant schmaltzy pop song hit some schmaltzy singer, because they had next to Wolfgang Gilley, they constantly interrupted, to dissect this hit. He did it last year and it was last year divinely, very well this year, it was also… 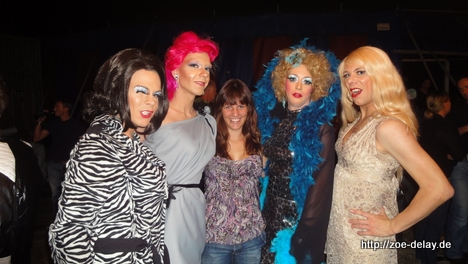 Oh and Kim Fischer I found this year much better than last year with Sascha basket. She has done very well through the night and can not bring himself to fog horns of the expiring luxury liners of the Hamburg Cruise Days or any heckling from the socket – on the contrary, she was very quick witted. 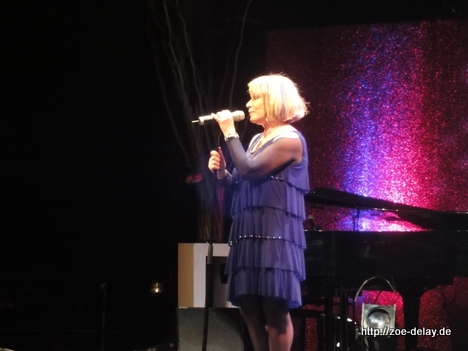 While Kim Fischer now but was not allowed to sing, shocking both Mary Rose else. I actually did not so pretty, what I would have expected from their, But I was surprised, when I realized, to know all their songs and the speed with which they occupied the temporary buildings for themselves. A Tolles Medley, some acapella and some encores demanded by the audience.

Auch Herr Top Entertainer Ricardo M. appeared to break in its top sparkling new Ausgehjackett very impressed by Mary Roos top. just as I… But it was still a lot to come after the break. 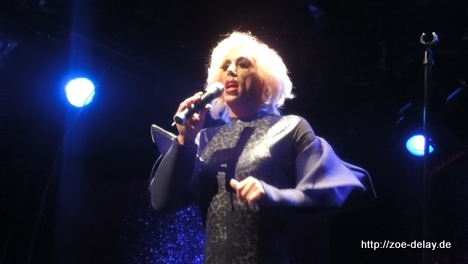 Lady Gaga nämlich. Sherry Vine or better than Lady Gaga, because Sherry was the only one this evening, had the two performances. as I said, I found her first two numbers even better, but sherry as Lady Gaga is worth seeing.

It was followed by Konrad heels. I did not know him, but I did not last year, Wolfgang Gilley, has nothing to say and I have to say, that he impressed me. He slapped his nails in the nose, he lit firecrackers in the ass to, he confused his audience and the retrieved unhappy “Guest on stage”. He threw confetti around and convinced with misleading House-æsker anarchy on stage. Class. 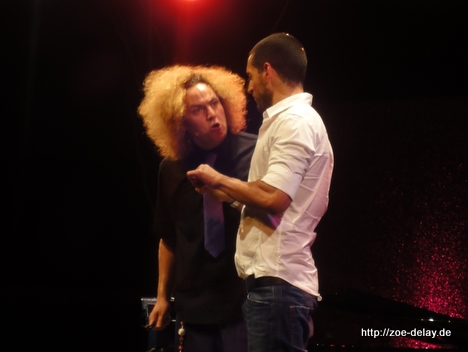 Although the following acrobatic performances impressed, something like this but I have often seen somewhere, the CSD anthem not really knocked me off the stool, Although it was a nice brow, but I expected one of my highlights. Regy Clasen. 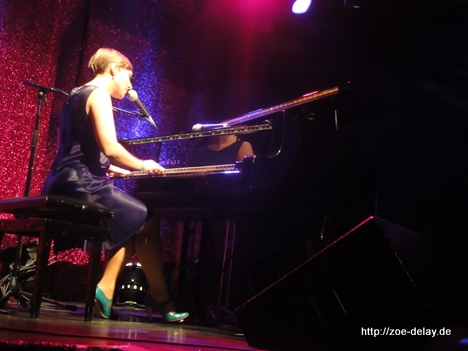 I've known about since Regy Clasen 17 Jaren or something like that. At that time the band Five Live Acapella was a hamburger phenomenon and Regy Clasen was just to Five Live. For this I love both of her solo albums and hope, that as much follows from. And it still seems to be a hamburger phenomenon especially, phenomenon because the applause was. She is loved in Hamburg and maybe I'll find someone someday, comes along, if it occurs in Berlin. The CSD Opening Gala in the temporary buildings ended up with a great final song of Regy Clasen, Kim Fischer and short eingesprungenen Koschima. 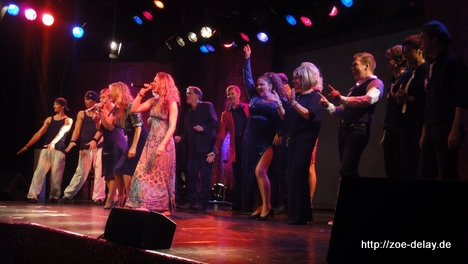 This year's CSD Opening Gala was a really rounded with great artists and very little boredom. It was really worth it, for it to be moved to Hamburg. 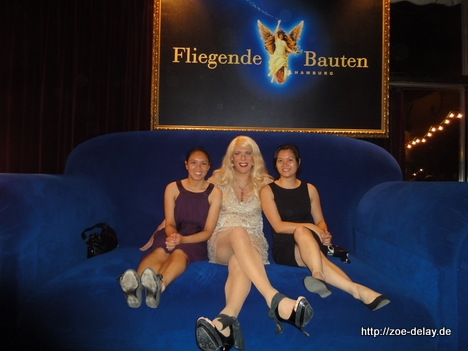 Blitzheirats Wedding Chapel
or
Straight people sad – Shemales shemales get married in a mental house
and yet in so many other memorable Irrenhouse. 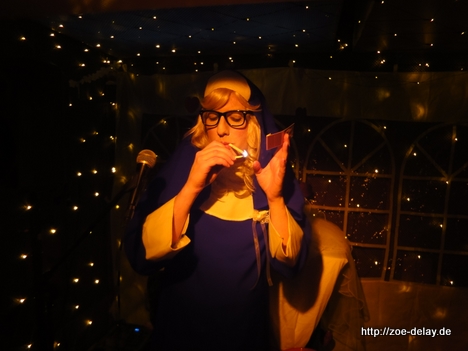 A memorable Irrenhouse took place once again on Saturday… Now the Mad House is actually always in some way memorable. So this time, of course,. Funny, it was definitely. Nina Queer has let their sick fantasy, brought the already so funny things like tail-memory or in an asylum Wurstbar House. This time should come out something blasphemous. A small wedding chapel in Irrenhouse. 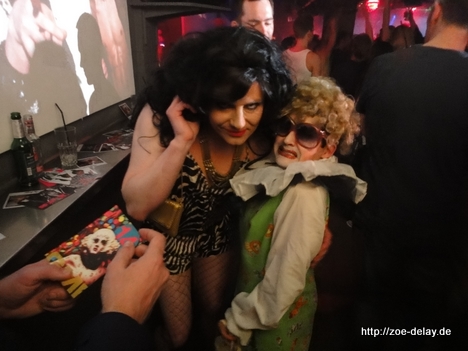 Nina and Baby Jane did not marry. I believe.

I married my iphone. Janka married to Sheila and Stella went to the Mormon and married the half astray House. At least I've seen them at least twice before the altar, and I was not long before, it was certainly more often… And only God Nina weiss, whether it has achieved the distinction dates from three to half past three? 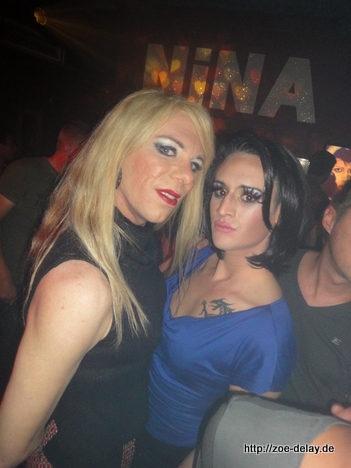 Okay, mislead the House was therefore a little church… but really just a smidgen, drum you could see even in the show ecclesiastical robes, as for example in Mataina Ah how sweet, which probably remained in their childhood in Catholic boarding school at Bishop Mixa and reported in its issue of. By the way, will be the attentive visitor Irrenhouse not escaped, Mataina reported that even before the scandal of abuse… I at least knew the number already.

But not the other numbers and they were absolutely worth seeing and filmenswert… Although I'm not sure, whether Nina Queer feels the same. Their first number together with Stella DeStroy, brought them namely to, rabidly to show up against my camera. Together they brought Peter Maffay number “The” as a punk rock song “I” on the stage. This versprizten and they verspuckten beer.

Now I'm used to it, that the girls on stage rumsauen, But not only that Nina spat into the crowd, but absolutely 100% on my camera lens I must be viewed as an attack on press freedom. In dictate ions they smashed camera lens, House in the asylum they spit them out. But after a short cleaning it could go. 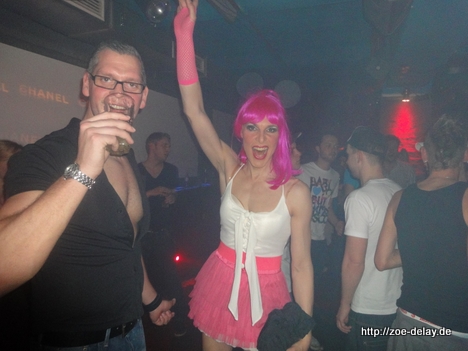 For example with Mataina and Biggy van Blond, I've not seen on the stage of Irrenhouse. Together they brought the inevitable Telephone by Lady Gaga and Beyonce. If I had to bet a title, I would have taken him.

A beautiful number, the props go to this song probably at Sherry Vine and Peppermint, because their telephone parody is probably unbeatable. By Mataina and Biggy. And who has not seen the video of Sherry and Peppermint, should make up for it necessarily. Also: Look at. Immediately

After we had cleared so that we come to lertzten – and for me the best piece of yesterday evening. The Stella has once again delivered with the memories of youth “The Sign”. Boh I had not heard in a while and I find, stella has the great umgesetztund thereby reveal a lot of secrets. To know the whole House for misleading for, Nina is a small… a very small…

Btw. Klein: unexpected by me, came to this House astray Pricilla Lay and Denise Van De Hoven also. However, as men. Pooh Pooh. This is the way I noticed, that Denise is quite small, even tiny… But that was certainly his own attitude. Drags, as men come to the nut house, result is absolutely small and insignificant from home. This affects onto Erscheinunbgsbild… And as you can see on the mood… Man(n) must wait to snakes and will not vorranging served at the bar and generally being ignored by every. Such is life. Well, who does not want stöckeln, must feel. 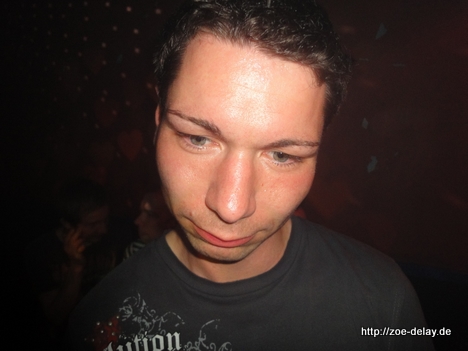 The thought is probably also the Kofferboys, standing that evening as a suitcase girls behind the controls. Kiss makeup with the two faces of known each, but when Drags go but then again is something else. A groß0es praise from me to the two. Das sollten sie öfters machen 🙂 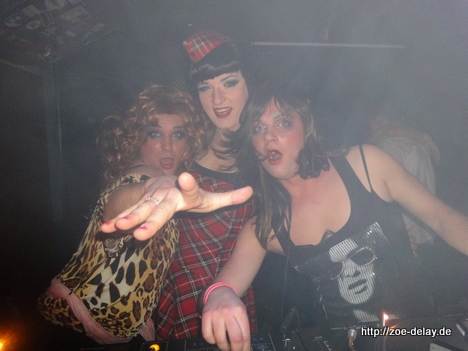 Was there anything else? And, the bar in the smoking room, was overcrowded, I did not even have to welcome the two Tresenfeen properly, that went so far, that there was enough in the hectic even for words. Nothing I was pushed out of the Becks Lemon in a hand, received my voucher and taken care of the next guest. Man versteht mich ohne Worte 🙂 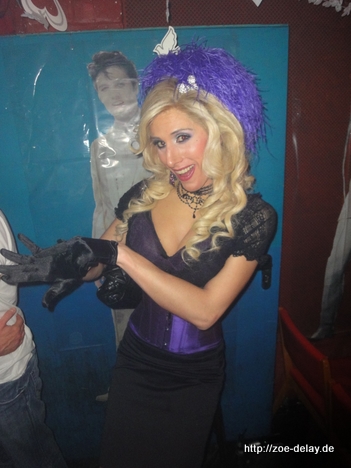 what can I say. Astray House was once again class. And on to the next time.