Valery Pearl told me not only of moderately good-looking people in Miami but also a huge shopping outlet in Miami with over 300 Shops in Fort Lauderdale. Since it would take a day to own, so Valery. 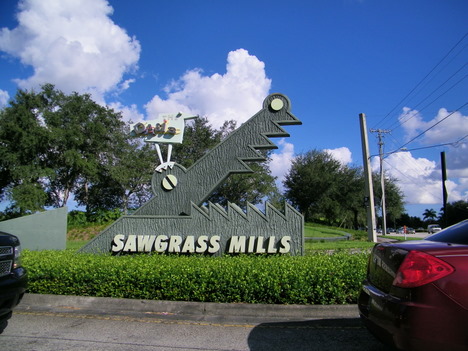 Good, I admit, it was also due to some other things than this giant outlet mall. For example, I can state, that NW and SW Sunrise Sunrise 35 Minutes apart. Instead of outlet shops I could pray with Baptists, I wanted the second night there relatively early and eventually I had just recently a lot of shopping in London. 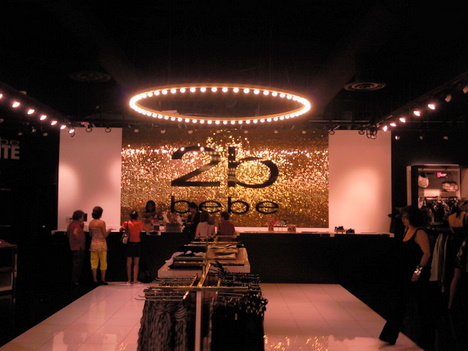 Otherwise, nothing would be further, than to go shopping right there, after all, the Sawgrass Mills in weiteseten expression about 3 KM diameter and as I said above 300 Transactions of any kind. and there are almost all Outlet Stores, there is probably little Irgen dwo things cheaper in Florida – at least if you buy a lot…. 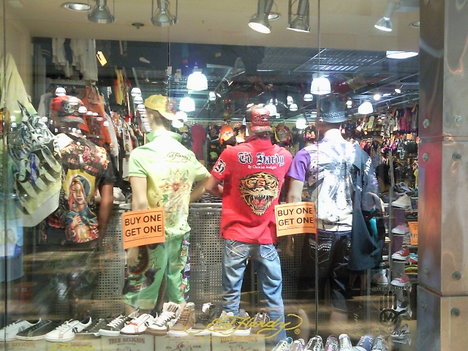 Unfortunately, that's the thing, that most businesses with more “buy one get 50% off for the second” advertise. If you are traveling to several, may be worth all the hard. For me was the way out of the question… 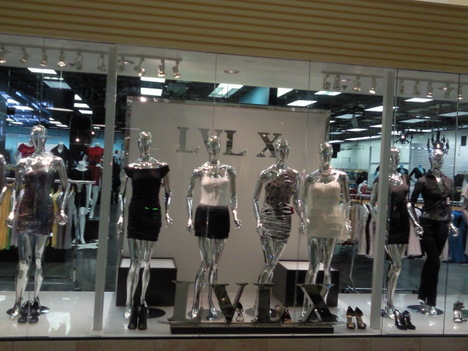 When I say this now, does not completely, For example, if Nike sells itself to the correct Nike factory outlets, there were great prices, if someone else sells Nike, then there was just the 50% off Specials. 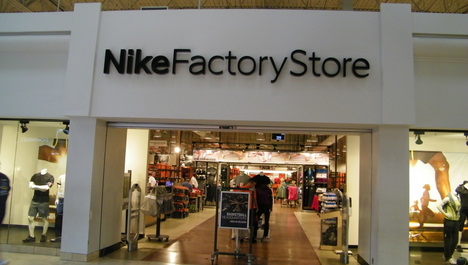 What was very noticeable, that is obviously not yet arrived in Fort Lauderdale, Ed Hardy has become that bad boring. Hardly a distribution store in Sawgrass Mills did not sell Ed Hardy or at least T-shirts and Ed Hardy shirts in similar motives. 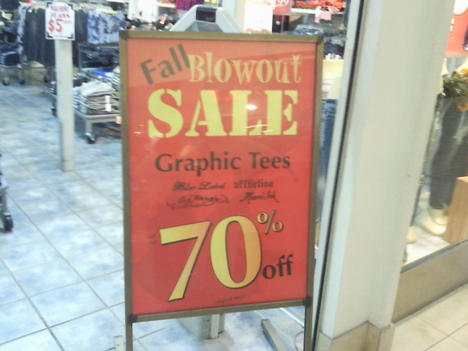 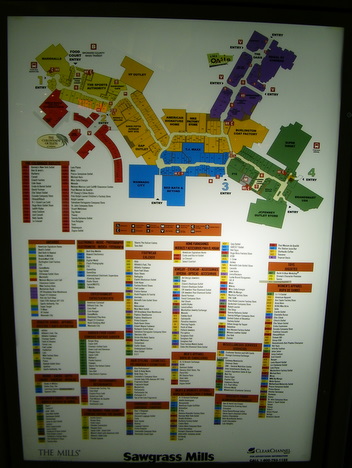 If I have rewarded myself no one else just do it yourself. 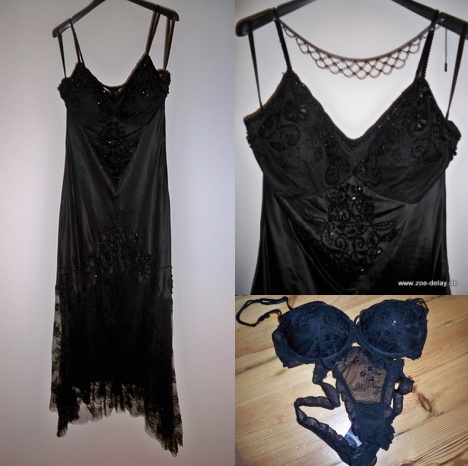 Yesterday I was shopping to look at once, what I put on in the evening so. In a small Asian store I found a nice velvet dress for 35 €. I would have bought it and would then drove home, I would have saved a lot of money.

Instead, I drove to the mall Potsdamer Platz, where I actually found nothing, except for a few nice pair of shoes at Zara, to me, however, 79 € were a bit too expensive. But I was looking for was not actually a dress and so on moved towards Kurfürstendamm. Somewhere I accidentally ran past a store, in which hung a beautiful dress.

That this dress a Versace dresses was… who cared. I bought it. Now you can hardly such a dress with 20 Wear shoes €… Ausserdem passten die Schuhe bei Zara zufällig wie die Faust aufs Auge.Ã‚Â Soll heißen, they fit absolutely great for dress. 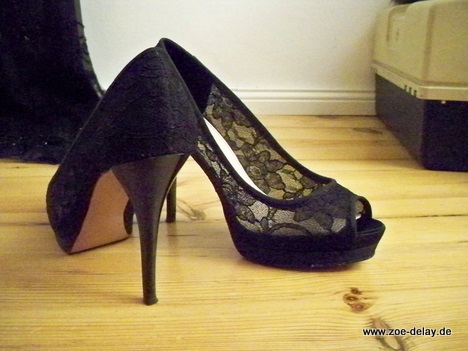 And so when I looked at the price tag of the dress, the price of the shoes also relativized the same. At one time these were almost 80 € equal a lot less money. So somehow subjectively.

After that I put a stop at Bijou Brigitte, in H&Deichmann M, and a great chain, a set of underwear and a bag a…

In any case, it all fits together great and I need now only one occasion, to wear this ensemble. Wearing this dress in a direct Irrenhouse In the evening, unfortunately forbade, because you never know in a mental house, how much the girls messing around on and off the stage again…

As I mentioned, fell last weekend, a film crew, two well-known to the reader here Shemales (Sheila und Janka) and a fungierendes on this day as gray mouse girl into my home, to explain the RTL Mittagsmagazin times, how umstyled a gray mouse in a star….

The Filming at the Brandenburg Gate we put behind us quickly and we had actually 2 1/2 Hours, it should go up in my apartment. So enough about another pair of clothes to create Janka to me and even just take a couple accessories.

…The pair accessories amounted to no less than four fully loaded IKEA bags, some Schminkköfferchen and even the one or other survival for Trans utensils, as well as all the mitmussten. One must be prepared for all eventualities… But first we had to buy another pair of things – oh yeah and eat something naturally.

On the Alexa shopping center at Alexanderplatz, where we could actually get everything. But that's not so easy with us. If we are looking for something, that must have been exactly the right color and desired more than just a little bit correspond. So looked out from the Alexa over the Alexanderplatz square and the shops there. And lo and behold, we found everything, what we were looking for – looking for not too long… But only some searching was already too much, for the time (vgl. Top 2 1/2 Hours) tickerte mercilessly. So back to Alexa and something to satisfy the hand to the stomach.

On the way over to Alex wished us a couple nice point yet “Happy International Women's Day”… Much better than the other guy, who called us whether we are women. Apparently he was only sure, when we called out to him, he should advise it out…. But I really wonder, why no one is running with his eyes wide open to the next best pillar or lantern. That would be wanted again.

Back to Alex, we now had two choices:

1. Something to eat or
2. Discover shoes

I believe, I do not need to mention, what we started the other shorter and shorter time, or???

Has anybody a restaurant -30% Seen signs? I do not…. So it was shopping shoes. No question! Unfortunately, there were three girls after a long search together not a pair of shoes, the affordable, would have been large enough and wanted.

Now the time but was so far advanced, I had to get home quickly, to the Blush-Plakat to get to the wall. While I tried using a roll of double sided tape, again just to make Janka and Sheila went briefly to the golden M for food.

Hardly the two came with me to – also rang the door for the second time.

As always, when Sheila inviting me to Berlin, I'll not ask me a long time and their opinion should have it this weekend really something – and yes, it had.

Actually I wanted to berlin 15 Serving clock. we wanted to get ready and a little shopping. I changed this plan but spontaneously, when I realized, I actually only a person with the Carpool wanted to ride.

I thought, and told the nice but determined from. Instead, I already started at home, dressen to me, sought, the summer fair, short dress made out nor my Sandals new recap from here on now, went to 14:20 on the highway to Berlin and turned the air conditioner on and the car radio on full

Hamburg – Berlin in 40 Minutes, I can not do, so I just called in to Sheila and given notice of my arrival because of escalating dressing to a later time. But the good Sheila had almost all the time, ready to move themselves – she did not.

When I rang the door, made with non-Sheila, but her brother… People People, so we did not actually bet. But I pushed that in the extremely rare situation, to complain and nag this time, that we simply do not loskämen, why she was still not ready and that the business would close as soon. Very well, I like doing something like this. (It's very rare, I'm in this position) But they avenged the evil in it for this afternoon Modeterroristin advanced. Leggings BAA!

But we were actually going and eventually attended as usual, the Europa Center, where made in Italy fashion store in Berlin as well as the. With Made in Italy although there were great shoes, I would love to have bought, but all of them only up to size 40 were to have. The Seller, I complained of my suffering, Incidentally, I could very well understand, they too must be based on shoe size 41 stroll. The poor, sold the most amazing shoes, and they can not carry… So dear buyers Made in Italy, makes your salespeople and me a favor and buy up 41 one, not only to 40.

Purchased by buyers better have the fashion store in Berlin. Finally, although we have bought anything here, but used a longer time, this figure. Actually, I've only actually tried, really find something. Sheila has sold rather the time, to can be admired from my dressing room where the ranks of the buying model dimensions.

As I said, We have found nothing so we stöckelten slightly annoying back to the car. We passed irgendeeiem Italian Restaurant, at the outdoor tables fed an entire society. One of the gentlemen present there, The first saw us, said our arrival having to accompany with a kicker and probably not a little surprised at the reaction, which then showed his ladies.. A genuine and absolutely honest “Wow” and some Komlimente probably did not expect the Alibikicherer.

With us now but suddenly the mood changed from slightly annoying to now hungry.