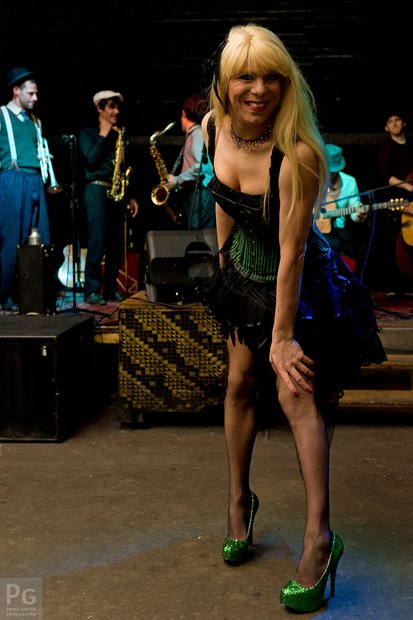 Yesterday day was once again an issue of great La Fête Fatale, this time in the show by spies, Agents and all kinds of Super Heroes. I am none of those things. At least not normally. But I bought a matching outfit, that will most likely come tomorrow… Was ist deaf, da Party gestern war…. 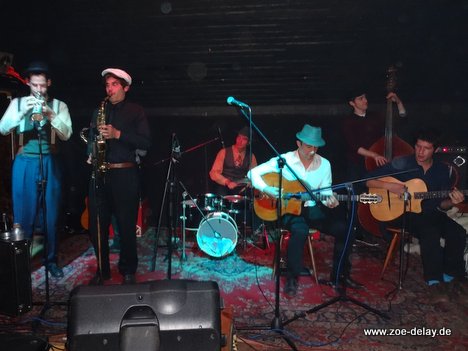 This outfit question in your mind, I then decided yesterday also quite spontaneously on the phone, third Cirque Musical to accompany the second time. Nette Electro-Swing Music, nice performers and artists, and generally nice people at this party. 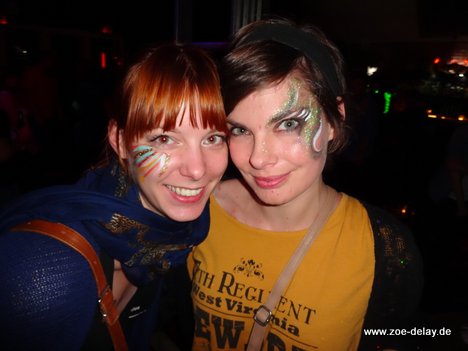 I only had real problems with the name… Pustefish Swingboppers, went da nor. But how the hell are you talking Cap ou toi tois (or something like that) from. My two years of school French have had to keep my head The m'apelle Zoe, my one exchange in a small town near Brest have let me keep two to three piggish things and words… None of this helped me. Fortunately, I met a girl, that French studied to become a teacher and was able to train professionally… Then worked quite well, (she said at least) 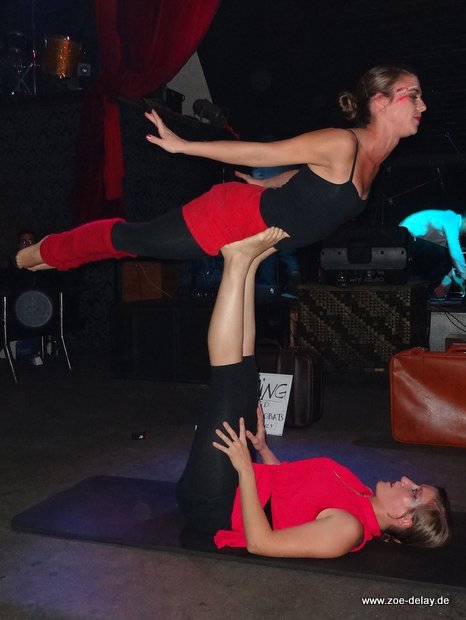 My baby belongs to me

A really nice, small party series. Since there is no denying. Because a lot more people should know about. When I am against 3 Clock opened towards Bassy, the party was still in full swing. But I wanted to at least drop by again and over “Hello” say. 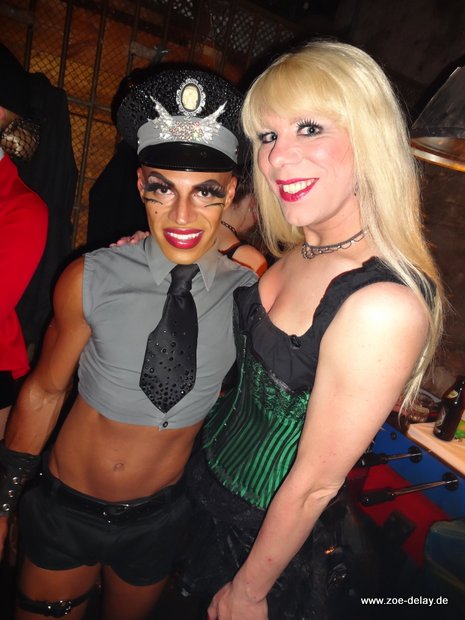 Of course I missed the shows there and Sheila on stage, but since I had to be indicated by. Many nice people but were nevertheless still there. And so I talked with all the Superheroe-Spy Agent and asked many, many people who they were for so. 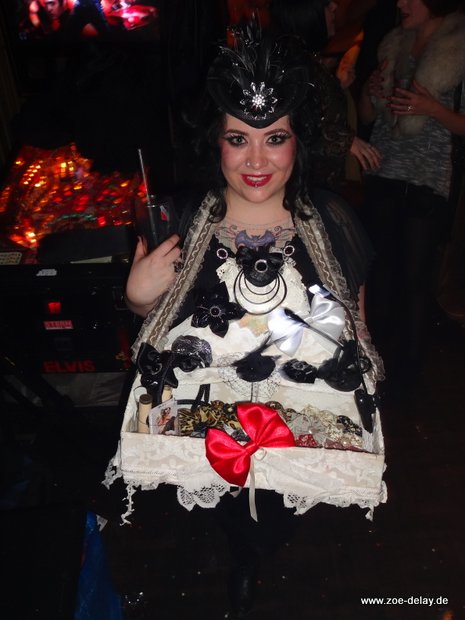 So traf ich “The intellectual Man”, but the would just go incognito, Therefore, one would not even watch it, I met or “The nameless assistant Girl of Aeon Flux”.. The however, there are, in contrast to incognito untewegsen intellectuals really. und mit The nameless assistant girl of Aeon Flux (TnagoAF) I chatted for a while then about comic superheroes (where I had not really contribute much) and the question, actually why all superheroes wear high heels, but if everyone knows, that this is a fast movement but rather detrimental. 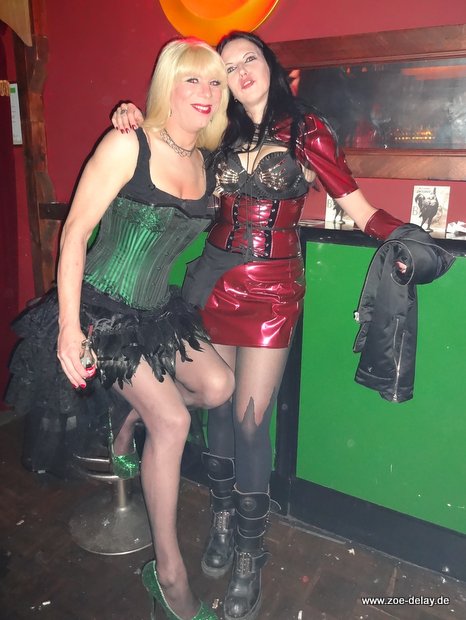 I really got me actually look at Aeon Flux for the first time asked, but this carries all sorts of high, as indeed for Catwoman and probably every other superhero of this and all other worlds. TnagoAF and I agreed then more or less on, that they would just drawn by men. That makes sense.

TnagoAF then was, incidentally, the lady, the always, if I wanted to go with the argument “Wait a minute” equivalent to a very great song made sure, that when I came home, already the misfit bar had closed over. It could be because, concluded that these early times, or it, it simply 20 ago 7 was…pooh. Today I feel slightly whacked in the rest. Fortunately, tomorrow is the weekend. 🙂 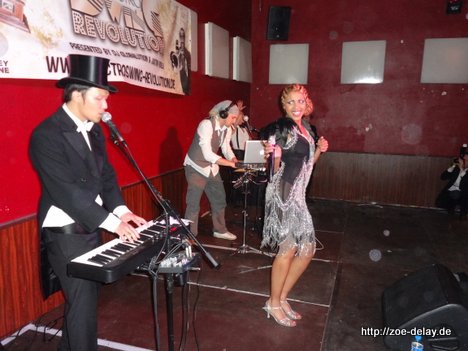 After the grandiose Show in the bar every reason and the nice little trip in the great bar, The Liberate with a small but elegant cocktail it was getting late enough, to take the rest of the evening in attack.

Electro Swing at Astra House of Culture in Tallinn's street should still pending and in particular the appearance of Alice Francis, ihreszeichens probably the Queen of Electro Swing. She herself was not known to me, but I'm a big fan of music and had been there several times for Electro Swing Club at Ballroom Kreuzberg, but it's a bit like with techno. you might know a song, white but not, by whom it is probably. 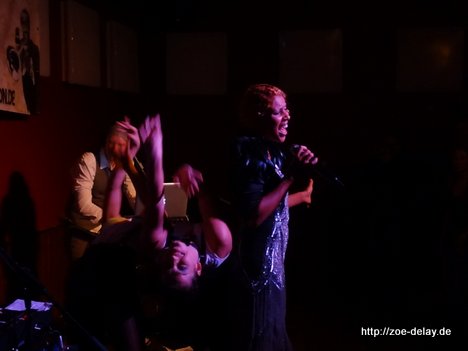 But what does it matter, Electro Swing is a music with a driving beat and yes extremely danceable and the Astra culture house I've always wanted anyway, So let's see, and if the powder- let through and plant seller up to the Astra and engage us in the underground music scene. 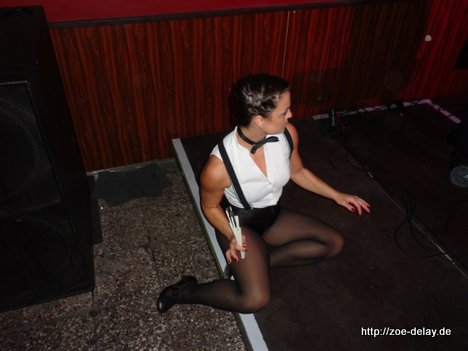 Overall, the electro swing scene seems some of the Boheme Sauvage to have copied, for example, the first of course Swing, not, however, the clothing style, but rather the Berlin indie chick was, Incidentally, the audience seemed more student-heavy, However, what the whole event did absolutely no harm. The tone of the music plays. In this case, rather the music the music plays. 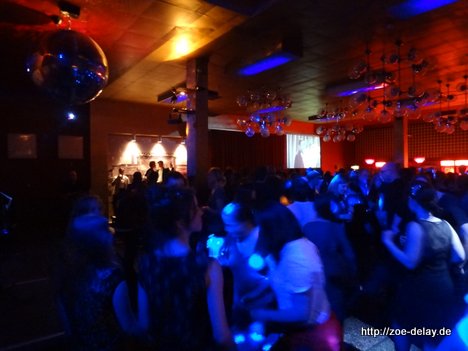 And each was just a concert of Alice Francis. Impressive cool and exciting, she played with a keyworder, a sound wizard, and two dancers, their job understood their set and had a lot fun on the matter – as in other respects your audience, that she brought to dance and swing. 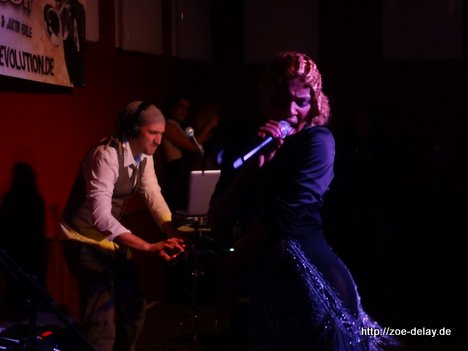 Numbers of apparently own about Christina Aguilera's Genie in a Bottle in Electro Swing coat up to occasional influences ranged House music and it was really fun to watch and mitswingen. Oh, and the dress of Alice Francis was great. 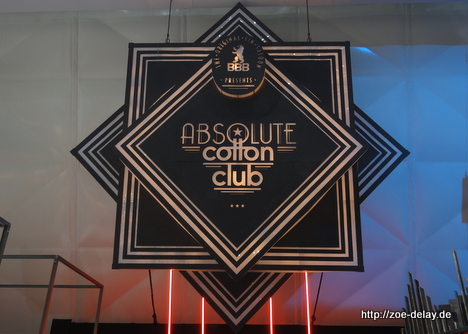 Wow, what an Opening Bread and Butter Berlin. Sammy had already told me, that the opening party this year is likely to be memorable. That there would be padded and not spilled. 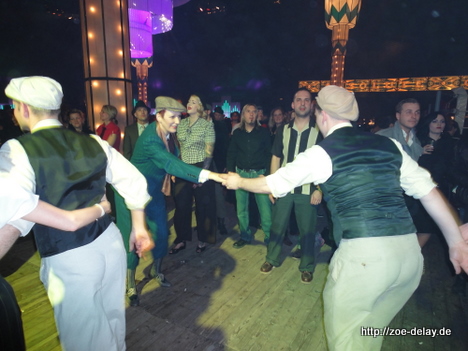 Because me the labels Pussy Deluxe and Vive Maria invited to Bread and butter have this year, It was also very easy to be inserted as press this and it was worth it. The guys have really outdone themselves with a great party. On the airfield at Tempelhof they have the fictive or. mashed a few days from the actual Cotton Club floor, under a dark tent they have a stylish, established big club, in the 20s-40s held a party that night. 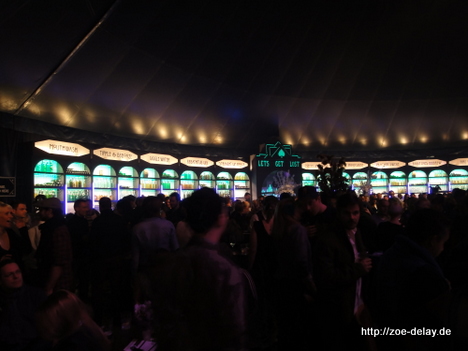 A large Bohene Sauvage – of course with less eingefleischtem audience, but still with a great atmosphere – and a world boxing championship…. What sounds funny, but fit. An honest sports, in which there is on the nose, der aber zu der Zeit natürlich auch schon gesportet wurde 🙂 Ich bin ja nicht so der Boxfan, but somehow it fit. 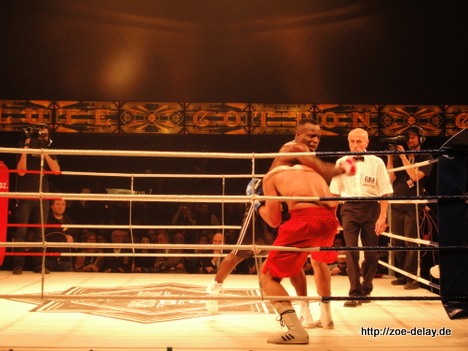 The show of Ginger Synne I missed by only a few minutes, but Betty Butterfly I have experienced. Who soft Mama Ulita “our model”. It was a good Auftrittm, at any rate. Now I'm – as far as burlesque performances – very spoiled. But I found it very good.

The hammer, however, was the band of the night, U.S. swing band: “The Cherry Poppin’ Daddies”. The rocking – er, swingten the store really and many a fashion bunny, nic certainly swing the previously heard, tanzte the. And of course, danced the usual suspects, somehow all of which were there that night. Take the most interesting visitors from Berlin and hamburg best parties and verfrachte them in the Cotton Club. Voila.

Jana wildatheart found perfectly correct “interesting, all good-looking people I know here”. Now, maybe not all, but a whole lot. Lady Lou at a table and Julietta, on the other Jana and Julietta, there flirting with Hawker Eve champagne with Alec by Boss Hoss, Mama Ulita as Numerngirl in boxing and and. Such parties are fun 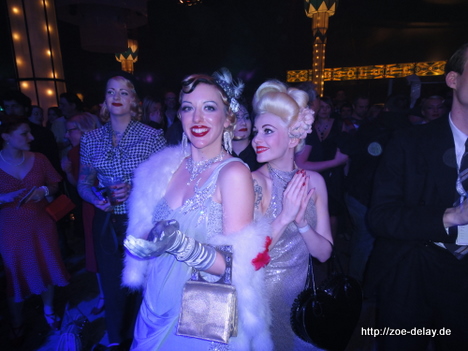 If it then still tasty burgers and – each have at least one – are decent free drink, Bread is against a & Butter Opening Party absolutely nothing wrong. Was very nice. Let's see, Bread & Otherwise bring butter and the Fashion Week still so. At this year's Lena Hoschek show I am indeed accredited, but unfortunately I can not come, what really, really annoys… But today, class wars. 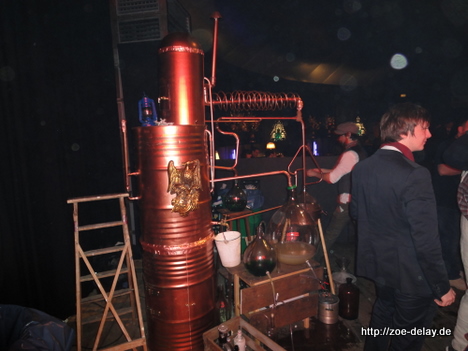 The third Saturday of the month is indeed a misleading House Saturday. However, it makes little to no sense, there emerge two to one, halsb, would not unlock with one. Therefore, we do from time to something else before. As Sheila had to be gedresst that day already on the day and would otherwise have to spend hours bored, It was clear, that we had to find something previously.

Da comb Swing & Jive Night in bebop just right, that this evening under the motto Swing & Crime stand. So bevölkerten Gangster, Port hookers and all sorts of normal people the bebop… But at this party is placed more value on dancing, than on clothes. The dance school so you should have completed at least, here to have fun. But unfortunately I can not dance…

…But I can hear well – and see, and because there is always something. In this case, there was live music by Swing Swing l'amour. A bass, a guitar and a wonderful voice, together the old swing classics and some of the best songs of the film face in swing dress. “With me you're shining“, “Chattanooga Choo Choo“, “It Don&#8217;t Mean A Thing” or “Blue Moon“. …. came into my mind again and again just for the latter song, I like the – a little more than – Halbsuff in Mallorca this song blared loudly on the street… And I'm really not a good singer. – Completely contrary to Jana Tarasenk, the voice of Swing l'amour. Very great

But in addition to live music by Swing l'amour, there was also music from the turntable and in this case was somehow familiar to me Djane, even if I had to puzzle first, Swingin’ Swanee, I have the Boss Hoss concert at Bassy had met and me in Hamburg zu Marla has sent and has been known, I was there. It remains the case. Berlin is a village and also Hamburg, and the relations of the two cities pretty close.