Okay, otherwise it does not yes, bestow on me I give myself for Christmas. 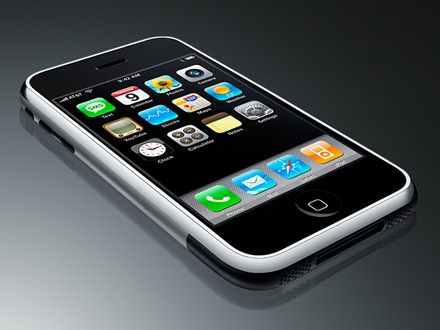 After the other day I was playing around a while with the Iphone a colleague, I knew, that my Samsung F480 must not be more simple state of affairs. The Iphone that I was able to try was simply superior in all categories. But just schweineteuer, if I had no desire to go to Telekom…

So I tried a little of the Palm Pre, is also very pleased and I – at least compared to the Iphone – was a bargain.. But a palm up. Who knows?, whether there is still the company in a year (at Apple I measure the times quite sharply) and at all. There are far too few apps for Palm Pre.

Now it happened that on the day before Christmas, two, dass ich meinÂ F480 mit mir führte, But it was empty – So strictly speaking it was the battery, of leather war… Normally something like this bothers me after about a week. But in this case I have the suffering of the earth saddled my phone and am absolutely driven spontaneous and absolutely determined during the lunch break in the G3 Store under the lime trees, I unsheathed my credit card and bought a G3 Iphone… The Iphone G3s was me then too expensive, but even so…

I would say so, the iPhone has not only the capabilities of a computer, but also the price of a computer.. Still, I'm happy, also because I do not have to Telekom. Blau.de actually a prepaid card would be not stupid, but I've still got my O2 tariff and there especially the data plan, I now finally properly exploiting.

Oh, I have now fallen in love already in my iphone.

What temperatures – as class. 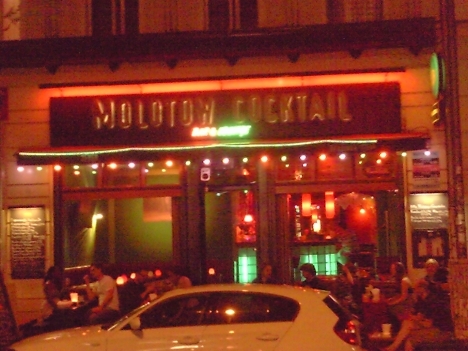 The day felt like vacation. So the weather I mean, not work of course. And I can not explain with the best will, why people moan all at once… these are probably exactly the same, the always complain about the severe winter in Berlin… Human being, which should nevertheless appreciate good weather, go out and sipping a cocktail or two.

That was a good idea, I thought to myself as I face the cocktail Molotov cocktail at the Orange Street is a great mushroom gratin pan ate UDN me whether the heat to a cold drink lusted. What better fit than a beautiful Mojito with as much ice, as just one in a Mojito. 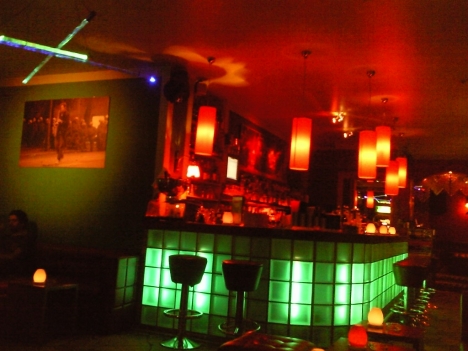 Somehow I've been I live in Berlin rumgeschlichen to the cocktail bars in the Orange Street, without ever having set foot purely. I always had a bit of shame, to know even the next best cocktail bars closer. Now I know a more.

Interesting name for a bar in the middle of Kreuzberg in the Orange Street. Stylish is the floor made of stone, which can eventually break out and throw, on the walls hang pictures of last nights kreuzbergers May 1 with water cannons, Police, multi-colored hair and blue lights… However, I believe, this means that more style, because political message, but does nothing, for it is indeed primarily about the cocktails and the – I am sorry to say, are not well. 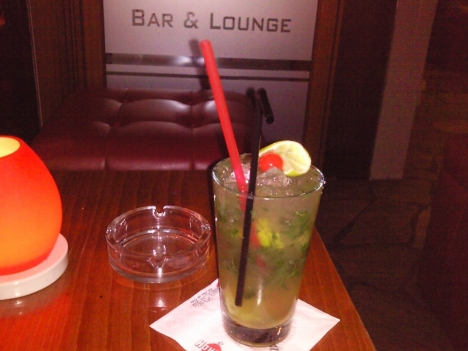 Now I have drunk in my life, one or another mojito and two in Molotov Cocktail. They were drinkable, but not particularly well – while quite expensive.

Nevertheless, I have a couple hours of good music and a good book out there and not keep it bereuht. Whoever dwells in the Orange Street and fancy a cocktail in a little less trashy atmosphere has, So there common practice, can stop here once, but he who seeks the best cocktail bar in berlin, might be better off elsewhere.

This weekend I have kept a large pack a pack of handkerchiefs nose strips and much much mint the bed. Drum unfortunately I could this weekend “in the name of the lady” not be on the road. Damage. Fortunately, I forgot one night last weekend, as I was with Janka.

Sheila still basked in the Spanish sun, so we were on our own and as Janka pitched the idea to the room, yet again to the Felix to go, Felix? And, Why not. Gebongt!

So we went to Felix and I had to find, that we are two heads taller than most girls and a head taller than most. Okay, Mrs. Kroft is already huge, I stood on Platoes and high heels. So we had the absolute index and showed us, running around displeasure with what a lot of the girls who were present there.

Three days after New Year's Eve they were probably not in a party mood again. The ladies retired as a pout, than they would have someone just snatched the last Hermés handbag in front of you KDW Sale. Well, so you have to just continue to show the plagiarism. Too bad. It was so atmospheric killing, that one girl, that arrived with pout, then moved Kroft and wife looked at me and abruptly vondannen place with a pout with a smile. This happened only once but. Janka said already:

God must be terribly rich.

But to be honest, I believe, Mrs. Kroft is wrong because. The girls, the rich are not running around as. At best, they are nice but not rich. You are nothings and nobodies. Who is rich, Felix is ​​not ON the dance floor and mourns not missed designer handbags but is LOW the dance floor.

No wonder that Felix has several VIP areas. The gentlemen there are rich and beautiful ladies or rich – or by anyone, the rich at least considered beautiful. That are then the ladies, Hermés handbag which can also purchase times, if it's not on sale. Here in the VIP area, although it is sometimes no less fully, as on the dance floor, but the drinks are closer and it is lovely to look down on the dance floor and the nots and Nimande… …which, however, in our case not quite worked, because we, as already written one or two heads were larger and so the eyes were on about the same level. 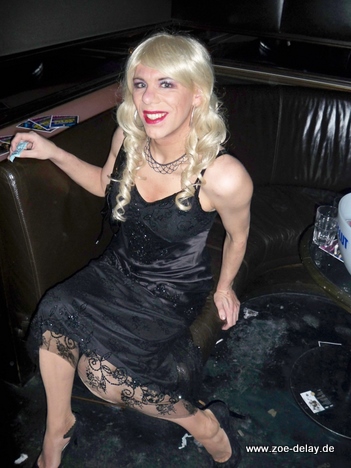 However, with such a place in the VIP area, the end of the story is not yet reached. Indeed, there are still – at least – a specially fenced off area in an extra fenced off area. So to speak, a double VIP- Area. Since it is somehow ridiculous. The lovely ladies there can then buy from the really rich people their Hermés handbag directly in Paris.

But stupid, if you can not see the actual price of the handbags, so macht es doch gar keinenÃ‚Â Spaß, they perform. For this, the Felix has introduced something, which says “Hello Expensive”… More liter bottles of liquor and champagne are in fact occupied the Felix with a fireworks fountain and picked up at the bar. Less attention needy people take the quickest route to the VIP area. The other take the big way through the entire Felix over the pyramid on the dance floor and show the entire hall “Hi I have spent a lot of money” This then in about a picture of the Statue of Liberty. Dearly bought 5 Minutes of Fame. 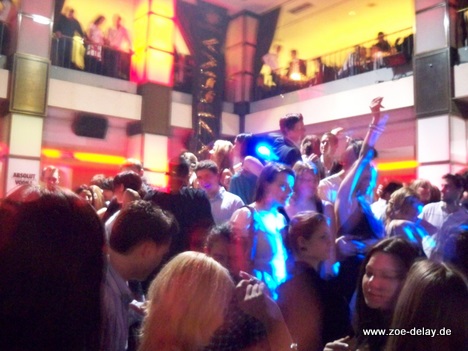 Janka had eventually had enough of Felix and did he prefers to Kino International, because she felt a little, like a living caricature of a large part of the Felix Chicks. Only with a little more leg, something a little more hair and more tits… Except for the legs probably with some equally real hair and tits ;-)… Janka can still recognize Extensions quickly and unambiguously… Okay, more so: but shortly nachgeschminkt again…

This is the first time I noticed, that would interest me much time, what the girls tell on a ladies room so, if you just leave the room. I think we need to let Vickie times fly on the wall, if we are to Felix again….

Because even if it does not come quite so out of here, I actually like the Felix, but as against four, half past four, is more relaxed. The Flunschen are then at home, and the party mice still there – and generally it is empty. 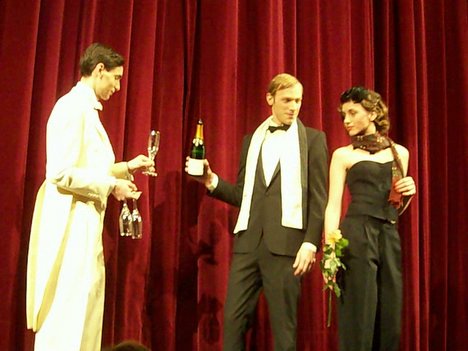