Human being, this is unbelievable, full two months I was not Irrenhous, Nina Queers Party im Geburtstagsklub. It should probably have more important things queued, However, there are the? Must NUn probably because the Mad House is actually a must every third Saturday. Nowhere else is so much travesty gives monthly to the ears and eyes. 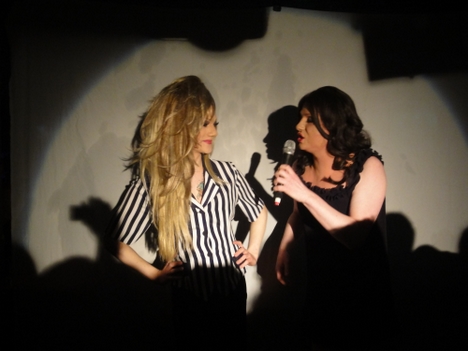 …And nowhere else is so full :)… If hot, this time it was almost unbearably crowded. Even the long queue in front of the door or let some fear. hope for. …Well rather hope, because nothing is worse than an empty club, as there are, for example, in midsummer, and. 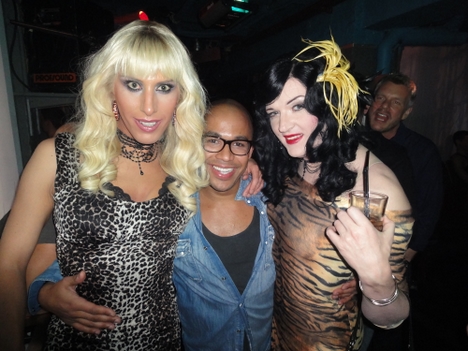 But on this Irrenhouse there should be something to celebrate – and I do not mean the good entry numbers, but the birthday vol Stella Destroy, which should give presents itself, but later mehr.Ansonsten it was a mad house as always. The same people as always sympathetic, Transform a good show and funny games. 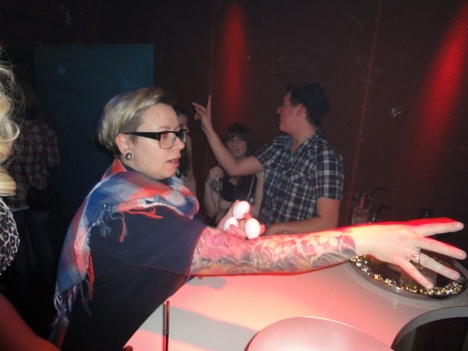 It should be an oversized Nina gym-style Torwand throw eggs into his mouth and then to win a hero Vodka… AHJA, it was so easy garnichtmal, to meet with these ovals gizmos, but somehow I managed and – had – then swallow the reward. Baaah Pure Vodka is not my kinda thing. 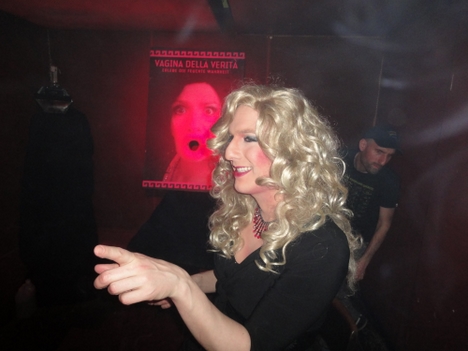 Now I like but then my Becks Lemon at the bar in the smoking room – where you noticed the way, I determined 2 Months was no longer there, However, you still could remember, what would I wünscehn as. I'm Plexiglas after all 🙂 There was no time for a longer conversation because of the abundance that evening. Also started watching the Muppet Show theme song – and the means which?

Large Trans show. Exactly! Was started with two well-known women on the stage of Irrenhouse. Melli Magic and Mataina Ah, how sweet, which first names with two number of recent events, a Japanese number. …Or something like SiSi NoNo somehow sounds more English than Japanese, but that is how you should not take it all. In any case Mataina now has its original planned number still in the quiver.. For the next time.

When is the Grand Prix De La homosexuality, as it named Nina? Because it followed the Japanese contribution to the stage now of the Norwegian contribution from the Grand Prix AKA Euro Vision Song Contest. A blast? Well, definitely a party hit, finds its exactly the same misleading House. Was well received and is of me shall we say 7 Points or something like that.

Which also has the German Auftrtt with Oskar sings and someone swings and Dita Von Teese danced get – So in total about 7 Points from all countries together. That was before the Federal Lena. This evening was reminded specifically with a live performance by Dita Von Teese but not by Maggie Knorr. Live Ja – and that does not live on stage but live on stage with live singing. Was good!. Now Maggie has also something resonant space. …I already wrote several times, that some people prefer to drag should not sing live. Maggie, I suppose because of clearly.

But the highlight was not the, but the closer we get to the appearance of Gloria Viagra, which also sought out the theme of Japan, do you mean – das Thema und Nuclear Japan – or. Nuclear power as such. To say yes no, mislead the House is apolitical. Nene. A stage on the already Ede Stoiber is taken from behind the stage can expect something because yes. In this case, Gloria should point to the nuclear debate, by burned down a nuclear power plant in the middle of Berlin. Are we all contaminated? Vermutich, but we were not always anyway?

But Gloria was still the highlight of the evening, because that was clearly birthday girl Stella Destroy, The endowed with their own number. She chose Lady Gaga “I was born this way” from. A song I would have honestly expected this evening, although not as – because the agency “Don&#8217;t be a drag – just be a queen” Stella took off her wig and showed, what a drag number can represent on the stage of the House astray so as not drag.

The number was obviously rehearsed. And definitely not just once 🙂 Top and very big cinema. I'm not sure, if I've ever heard in the House astray from the audience calls for an encore, Stella calls to this number and they thus got himself. well if that is not a proper gift, I do not even.

It was definitely a nice back, although very full evening in Irrenhouse.