It always comes again before, I find pictures of me on any of these portals and websites. At times also with such great names as dwtschlampe-0815 or the like. Fortunately, however, most anyone knows me then, I just wrote this and a short time later, the picture is then – wherever it was just – disappeared.

Sometimes I find that more times pictures of others on the net and now and then I think sometimes things on the net, I actually never wanted to see. The latter two things I have found just in my daily RSS-look-through.

As someone who has set his mind to insult with a video and a really bad beat transvestites. The whole video is titled “Latex clothes are women's business…” The title is a little further, But look for yourself. It will definitely be excited about, dass those individuals gibt, that are not real feminine and still wear latex dresses.

Amazing is the little video but mainly because of the people, which occur in it, and the insults which are placed in the mouth Liz Vegas, Haydee Sparks, Nathalie Jess… I almost bet, that even the video of me was. Close Encounters, but it is clear from the Underground Catwalk 2009.

I'm sure, that the girls might also be baffled, when they see this video, because I'm pretty sure, that it is not in their interest… At least they have never complained to me and I have all three already met and talked often..

As for the theme by the way, I also know transvestites, I do not ever want to see in latex dress, just as it is with women. A latex dress should just wear only those person, which has the body to. 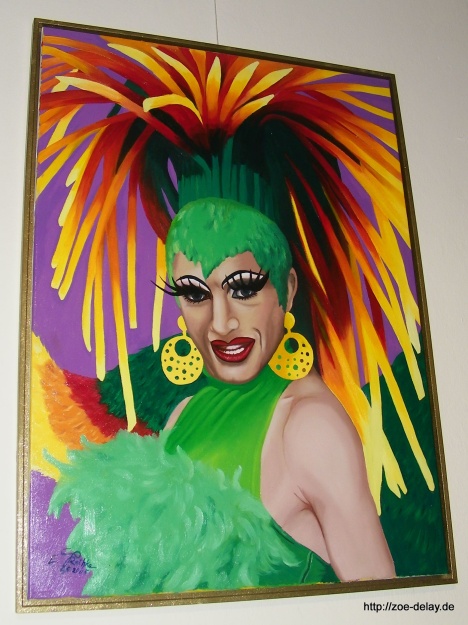 Just before Christmas I was part of a fundraising campaign, which I am a bit involved in the building of the Berlin Aids. Actually would not be Christmas for such an action, but since it collects just yet easier.

No matter, in the premises of Aids struck me several trannies pictures on the walls, which are closer to demand is a permanent exhibition of the Berlin painter Egon Rathke. 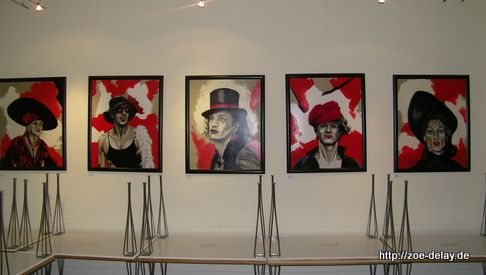 The images are not fined but clearly show the transvestite, the fagot, the drag queen in the innate precisely for her beauty or non-beauty.

Here I was just at the Dr today. Sketchy invitation asked, what would have, there times when a drag queen would be requested, to stand for the Dr Sketchy signatories model, I think it would be pretty hard, to draw a man, the newly embodies the man just wenigstmöglich. 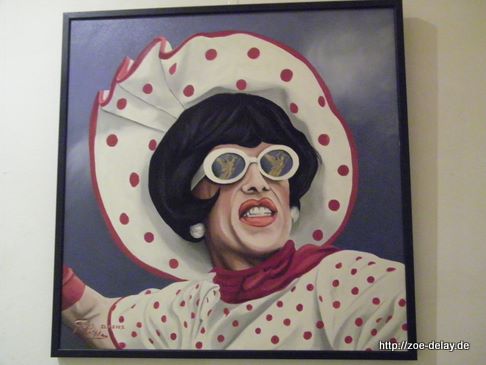 Just to paint not a woman but a drag but still easily visible vielelict the elaborate Male and yet it really just to paint and not just “down paint” or even make ridiculous. Difficult and certainly impossible for many subscribers. Egon Rathke shows clearly in these pictures not just women but the men gedressten – and that is not always beautiful.

As far as I know, is the way these images to actually Berliners. 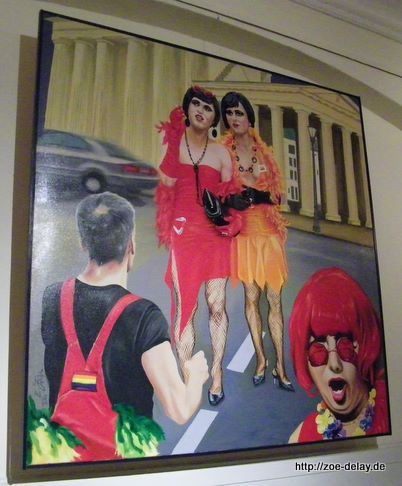 What it is not everything in the world. That there are transgender or transvestite festivals worldwide, is well known, But what is it that, which for over 20 There are years, was new to me. Okay, okay, Stonewall is already 40 Years ago, but that it has been 1987 dunt them Motto art transvertirse a transvestite or. Travestiefestival gibt, I find it amazing.

In Bogota, Colombia, however, this is so and so was there this year, the Reign XXII National Transformista Bambuco instead. 22 Years tolerance and something like Gay Pride. With the small difference, that in the CSD's this country will always bitched, that always only the Colorful people in the picture and the Drags…

There is much worse, there is only the whole festival in honor of the drags and transvestites. Das finde ich klasse 🙂 Soetwas sollte es hier auch geben. But with us it's not always feasible politically equal or hardly any different to. Damage.

The Reign XXII National Transformista Bambuco however, seems to be happy and well-attended.

Again and again I see in my stats Search Results how transvestites previously – or after the issue of any drag queen unvarnished. I conclude Darau, but that there is a certain general interest, out, as the creatures of the night look like daytime.

One thing I promise you: otherwise they look.

I have not yet seen any drag or tranny, that would even begin to come close to her husband as female person. Mostly see the ladies than men comparatively boring – often do unimposing. Sprouting receding hairline or bad skin are just two of the problems, the tranny does not have a. One wonders again, what full hair and makeup to a whole lot of a person so zabubern. Not only did I have to listen to me already, I would look better as a man than as Zoe.
Overall, one can but stand as a rule, that a really good looking transvestite usually also emits an almost perfect man. and a really bad looking man is also a transvestite not a Million Dollar Baby.

Why do I write this post is the fact, that the seekers found not far from me, what they were looking, because there is no forecast of me – After pictures – and generally only a few on the net…

Now I'm the other day about my Myspace-seite become aware of a girl, several of these predictions – After series on their side shows.

Just also allowed me, to show one of them in my blog… Also, if you ever want to see the transformation of a transvestite. This is the right series for you. The three images below represent the same man since, located to the right of the text. Jen and I find quite handsome.. 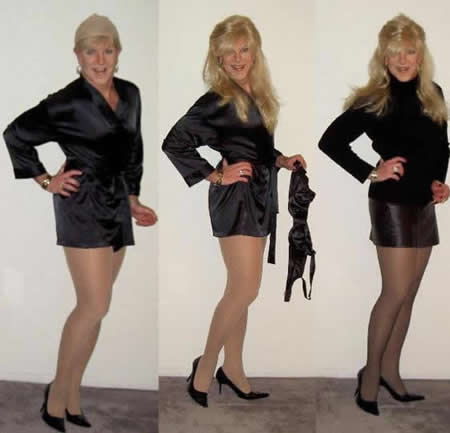