Since I have forgotten something substantial in the free days. The Weinhnachtsirrenhouse. Each year – next to the birthday astray House – the most important and most beautiful deception House of the Year.

Nina Queer already promised last month mulled wine, Biscuits and much much snow. All this, of course, there was also. But above all, there was again great shows specifically how to include carols and of course “All I Want for Christmas” presented by Nina as every year.

One could say, it would be boring, to show the same song every year, but NO! He is one of them and dasPublikum celebrating the song and the girls on stage every year until goosebumps from. House without a Christmas astray “All I want for Christmas” Christmas just would not mislead House. It is clear once.

Slightly less Christmassy were then Melli Magic and Mataina Ah How Sweet on stage. Dancing Queen by Abba gave the two the best. Something Christmassy but of course there is a Christmas Irrenhouse and so had the two Christmas woman Zipfelmützen, red dresses and red stoles to. Supply – but only conditionally Christmas.

This made Stella DeStroy but entirely offset. For me one of the best winter and Christmas “Let It Snow”. Though not in the original version but still nice. they left it in blonde and white snow on the audience. Thoughtful? Not really – but great.

Biscuits and mulled wine there were way too – and marzipan potatoes to unconsciousness.

It was nice back in the Christmas Irrenhouse. Next year again in December. 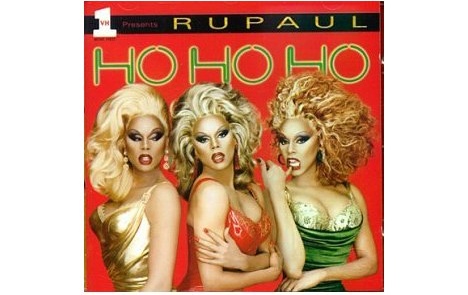 Before it is Christmas again on Saturday and the girls in the Irrenhouse again to sing All I Want for Christmas and I have to dance today once write a reviews of the mirror.

I think so for yours truly, Spiegel Online that it has done here rather easily and not gräslichsten but rather demonstrated the unexpected Christmas album cover has, gence ehrrlich bad because the cover is not, because it shows just three versions of Ru Paul… and that can hardly ever even look gräslich per se. Do not do it, because Ru Paul looks great, as always.

Less grand, however,, what Ru Paul presents it. This is gräslich and close in fact turn, Ears trigger cancer. But listen yourself, what makes Ru Paul from the Christmas classic Rudolph the red nodes Reindeer. However, better is the version of Santa Baby, in which Ru Paul, however, destroys its own version…. Pretty incomprehensible…

But it's much worse. Much, much much worse in this case. Moonlit Soup aka jeremimi is also a drag queen and loves, like so many, Mariah Carey and trying to karaoke their pieces. “V-E-R-S-U-C-H-T” is the only true word, which you can use here, because it has opened a Chrismas Advent and a song is worse than the other. I have not been able, just by listening to a… But listen yourself.