as long as I am still in the lucky position, Not having to work on Fridays, I love to visit them House Of Red Doors Party in the Wilden Renate… as long as they still exist.

How Eve recently already said: As the Fusion, only people wear a little less. For me the best party ever and almost a little better than the one I favored Kit Kat Club.

So do many others. At least one meets at the House of red Doors always a lot of people, that you usually run into in a kitty…. But also many others, because the queue in front of the wild Renate is getting longer from time to time. This time incredibly long

Well, Vacation time, Semester break, CSD weekend…. I actually stood in line for almost three hours – and this only, because I saved some time creatively….

But when I was inside, it was great again. I met people there again, Got to know people new and was only against 11 Noon at home.

For one thing, Eve Champagne was in town, because she just made an appearance, for the second there were Leo and Helge and a nice trio of girls from Rahlstedt, who now live in Berlin.

What a great evening with great people. It wasn't just hot outside, how hot inside. There were also tons of hot situations.

I will not face such a line again, however, it was just crazy long. Either I get tickets beforehand or I don't go. Just!

But if I hadn't been there that evening, I would have been terribly annoyed.

But I have to come to an agreement with myself again, how I find this party, it is less of a home than Kit Kat, but no less great. Sometimes even better, more great people in one place – at least when you get to the floor above.

It didn't need it this evening, because the people in the garden were so great.

Eve was also enthusiastic and said with a grin, it be “everything is so great here, like a little one Fusion” . I've been thinking about it for some time, that a visit to the Fusion is a good idea, if there weren't any cards left for a long time…

I have been told in the past quite a few times from the peristaltic Signum, but really understood, what it actually is, I may never really find out. A maze in the basement of Wilden Renate, the least I had understood. So I had it this last visit and to make my own picture of peristaltic Signum. 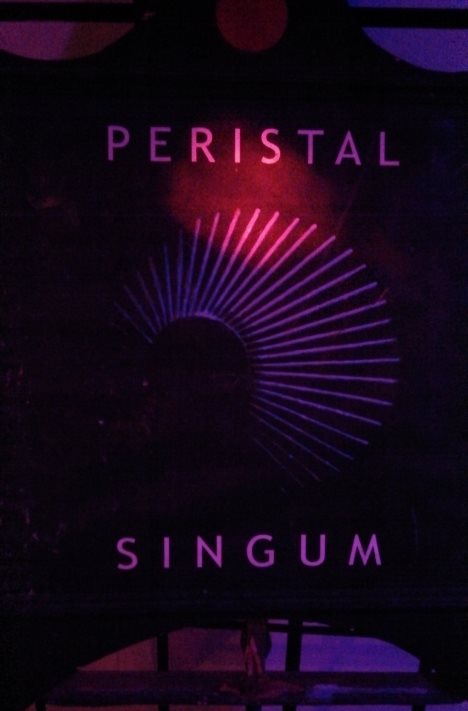 On the Wilde Renate and sometimes just look – well it was not quite that simple.. Where can I find it… The Wilde Renate… and when …. umm? I then found out before Renate.. ie, about one and a half hours after my arrival.. So once again a little further and distribute the time.. To 18:10 I returned to find out, that there have been a few people in front of me and that means I wait a half hour… But this can be quite good at Wilde Renate.

After a half hour they called me and led me into the peristaltic Auigenbinde with Signum, Before the front door I had the opportunity, give directly or einzuschmeissen a gold coin and enter into a magical world…

Hey, of course I want to purely, I just want to know, what it is… So I went in.….. And experienced some.

Tie nun allerdings ist… is really hard to explain – really have to experience it myself. In the semi-- Medium and full dark one wanders through a real labyrinth, man kriecht, goes, rises up and down, you slip and meet other seekers. 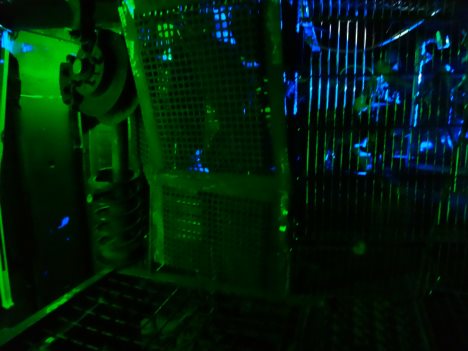 One marvels and wonders about green lungs, Metal Hell, Dead ends, real-Dark Rooms, Areas, each represent the ghost train in the shadows and what I still remember.

One wonders, can be as large as a basement and wonders, how long do the planning for the peristaltic Signung have needed to create something like this – but actually, one wonders after the first. In peristaltic one is busy, to find the exit.

The way you have, fast, when you see the light – and the door with the “Exit” Lettering. The einizige, on which you can rely in this maze. – and a big grin, if one comes out.

Honestly, now is the peristaltic Signum on the program for everyone, der mich in Berlin besucht 🙂